A year in Amsterdam as a non-linguist 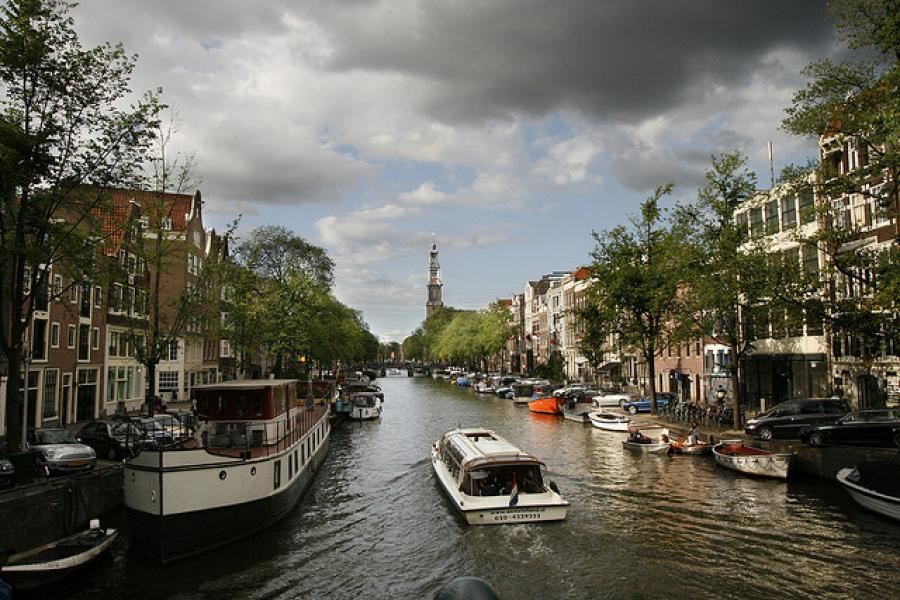 This article was written by amber houghton, published on 9th September 2013 and has been read 6541 times.

English Dutch The Netherlands Amsterdam Sheffield Hallam Uni Erasmus+ Not a Linguist
Amber Houghton, is studying LLB Law at Sheffield Hallam University. She has just finished her year abroad as an Erasmus student in Amsterdam, The Netherlands, where she studied the course in English alongside an international group of English-speaking students. Here are her thoughts on being a non-linguist Erasmus student, speaking English on her year abroad...

This time last year, on 20th August 2012 to be exact, I was on a plane to The Netherlands to experience the best year of my life: my Erasmus year abroad. My destination was Amsterdam, where I would spend the next 10 months of my life. I was so unbelievably scared, the fear I felt as the plane started to land on Dutch soil was so overwhelming that I thought I was about to break down in tears, however I held it together and found my way to some form of safety: the student accommodation shuttle bus. Very quickly I realised that this would be the most social year of my life, not only that, it would be the most mind-opening experience where I would learn so much about myself, different cultures and my amazing foreign friends.

The Netherlands is a great country that I have come to love very dearly - Amsterdam especially, and there is so much more to the city than the reputation of marijuana and prostitutes! I found a hugely varied culture of 120 nationalities all mixed into one; the people are healthy from cycling everywhere (seriously, it was rare to see anyone who was overweight, unlike in the UK) and most importantly I discovered very friendly and helpful Dutch people who were all able to speak ENGLISH.

Shamefully, I do not speak another language: something that was almost embarrassing whenever mentioned for the whole ten months of my exchange. This was particularly embarrassing for the fact that ALL of my friends spoke English, even though they were not native English speakers and sometimes they spoke several languages! A huge majority of Dutch people speak English, 80% to be exact, and they speak it very well too! For the whole time of my exchange I did not need to worry that I only spoke English, as English was the common language between almost all of my foreign friends, for example an Italian and German would speak English together. Whenever I needed to ask something at the supermarket, train station or at a bar they would always speak English. I was taught in English at university, in classes of Dutch people and international students, in fact I did not meet any international students who were not learning in English.

Before embarking on my exchange I tried to learn a little Dutch, but admittedly I hardly learnt anything except ‘Hallo’ and ‘Dank u’, which are almost identical phrases to English. During my exchange I started a Dutch class but I wasn't alone in thinking it was very difficult. We started the language class with fifteen people and only three people were still attending the class by the end. Those three were the only ones who could already speak both English and German (Dutch has elements of English and German). However, I was not completely ignorant to the language for the whole time of my exchange: I picked up some basic Dutch which I could speak at a supermarket checkout, and I can translate a menu!

As it is clear to see, you don't need to be a linguist to do a year abroad, and a year abroad is not all about learning another language. I appreciate that many Erasmus students will go abroad to learn the language of that country, but a year abroad is much more than that: it changes you as a person to become more mature, independent, open-minded, confident and ambitious!

The Netherlands is a great country. I never had a language barrier, and all Erasmus and International students will definitely speak English if studying in the Netherlands, as it's the language they are learning in. It is possible to go there with only your native English and survive – I did, and I had the best year of my life.

Finally, here is a great video about The Netherlands – enjoy!