A year abroad in Israel 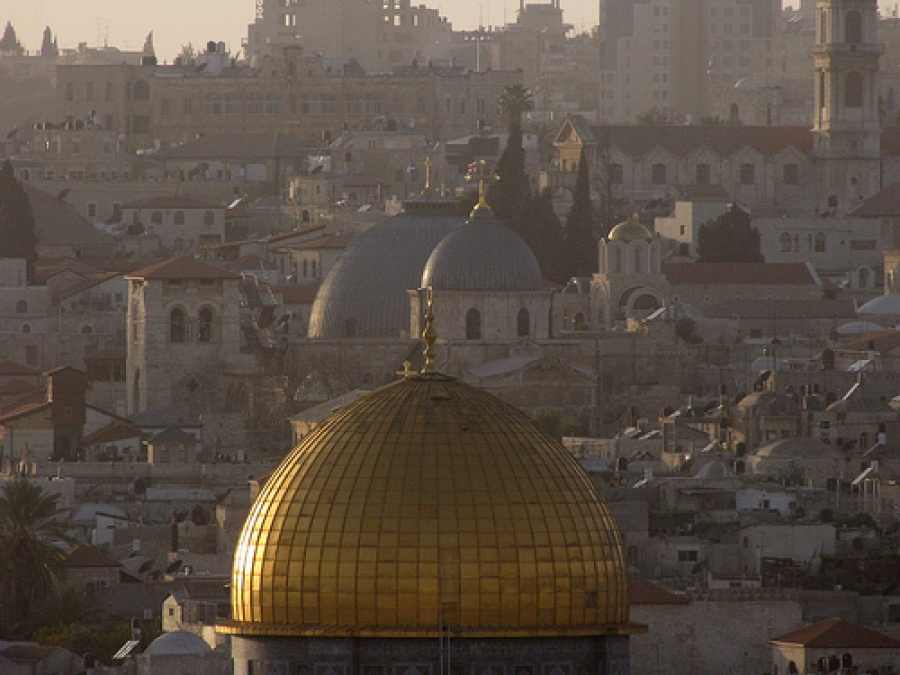 This article was written by Lisa Murgatroyd, published on 24th May 2011 and has been read 39501 times.

Lisa Murgatroyd explains how she came to study Persian and Hebrew at the University of Manchester. She tells all about the course, her decision to spend her year abroad in Israel and how she adapted to foreign life during her time away...

I’m Lisa Murgatroyd, a 20-something student of Middle Eastern Languages. I’d always had an interest in the Middle East, and was considering going into the Army when a friend of mine, who was serving in the Intelligence Corps at the time, mentioned that Persian was a well sought-after language. I had previously been thinking about studying Arabic, but it seems everyone was doing that! So I looked around at the rather slim choice of universities that offer Persian, and fell in love with Manchester Uni.

Going along to the open day, I found out that they also offer other Middle Eastern languages (Hebrew, Turkish, Arabic) and that I could study 2. I decided upon Hebrew, as it seemed like an interesting option. Now that I’ve studied the Middle East more, it definitely was a logical option although I seem to be the only one who’s ever thought so (as far as I’m aware, I’m the only one doing this combination).

As a side note, I’d like to point out that I’m not Jewish. This often surprises many people when they meet me here; the fact that I have curly dark hair and brown eyes is enough to make people assume that I am. Having said that, I’ve been welcomed into the home of so many families in Israel to celebrate the holidays (of which there are many, all involving copious amounts of food!). As such, I really don’t feel like such an outsider.

So, this explains how I made it to Israel. Every language student has to spend a compulsory year abroad and here I am, on my year abroad. Unfortunately Iran was not an option for Persian, so I have spent my full year in Israel instead (and I’m much happier for it!!). This year was the start of a new programme for the University of Manchester, setting up an exchange program with the Hebrew University in Jerusalem. So, myself and 2 other students got to be the guinea pigs.

The deal was that we would attend an ulpan (an intensive language course) in the Summer, then we would attend the Hebrew University with regular Israelis students, getting to pick courses from the Humanities section, alongside our continued language studies. The classes are all taught in Hebrew, so you’re jumping in at the deep end! Of course, there is also a very good international school, the Rothberg, and here you will find the numerous American brethren studying here, as well as plenty of course options in English, covering everything from Neuropsychology to the Israeli-Palestinian conflict.

As I’d studied Hebrew for 2 years, I was a little prepared... Flying in with 2 friends, we were excited to be able to understand the signs, vaguely knowing how to get around. One of my first memories of trying to ingratiate ourselves with the locals was asking for directions. The guy who so kindly stopped to help us rattled off a long list of directions. It was so great that we’d found someone who didn’t automatically respond in English, that we really had no clue what he was saying and didn’t want to ask him to repeat!

Israelis are a special breed of people. You have so many different ‘types’, from your Arsim and Frechot (think a Mediterranean chav), to your frummy orthodox, and your beatnik Tel-Avivians who live in the ‘Bubble’, or the Kibbutzniks (a Kibbutz being a kind of socialist workers’ paradise). It is often hard to break through the tough exterior, the ‘prickly’ shell – a true Israeli is often referred to as a Sabra, the name for a cactus. Once you do though, you’ll find them to be incredibly loyal, brutally honest and wonderful company.

All this being said, it has (unfortunately) been a whole lot easier to make friends with all those anglophiles that have come out here and are in the same boat as you. Like attracts like, after all. So, I’ve been blessed in making friends not only here in Israel, but also with people who come from all over the world; America, Brazil, France, Australia, South Africa, Canada, Venezuela, Russia, Spain and more! I’m set for life with my future world travel plans. It’s amazing how quickly you forge true bonds with people here, and thanks to the wonders of modern technology (i.e. Skype and Facebook) we can easily stay in touch.

I’m so happy I had the opportunity to come here, and experience such an interesting lifestyle as can be found in Israel. It’s a place that is so often misunderstood; I’ve lived here for nearly a year now, and I don’t think I’ve got my head around it yet. For anybody, Jewish or not, I would highly recommend spending your time here if you can. There is so much to do; hiking in the Galilee, watching the sun rise over the Dead Sea, stargazing in the desert, partying on the beaches of Tel Aviv, hearing the calls to prayer in Jerusalem. Whatever walk of life you come from, you can find something here to keep you entertained. Just keep an open mind and don’t be afraid to strike out into the unknown.

by Lisa Murgatroyd
Lost in Translation