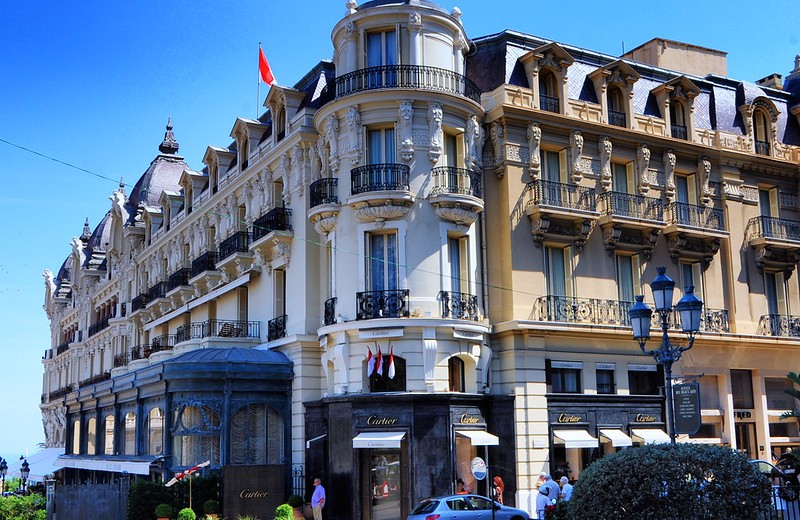 This article was written by Global Graduates, published on 10th March 2020 and has been read 4611 times.

Kiana Salamian is currently a fourth year French and Russian student at The University of Edinburgh. During her year abroad, she spent 6 months working at 4* boutique hotel in Paris before 6 months studying at Moscow State University. Here's she describes what it's like to work at a Parisian hotel: a typical day, the pros and cons and the overarching benefits of taking a chance outside your comfort zone...

I found my job as a hotel receptionist on The Student Language Bureau, but if you don’t have luck with that website, I recommend checking indeed.fr, your university’s careers website or LinkedIn for further inspiration. CV-wise, most French employers expect a photo to be included with it, so get those headshots ready and make sure your French grammar is parfait. Both of my job interviews for the hotel were in French, so it’s good to look up keywords like communication skills, teamwork and customer service before the interview.

What my typical day was like
Firstly, as it’s the hotel industry, don’t expect to be working the normal Monday to Friday 9-5 shifts. Though I never worked nights, my shifts were either 8am-4.30pm or 11.30am-8pm and I often had to work the whole weekend and have my days off mid-week, which took some time getting used to.

As a receptionist in a hotel, you’re essentially trying to make sure the guests have the best possible experience, so they come back again. So whilst it seems like we’re just checking people in and out of rooms, we’re actually often doing a lot more than that. Some of the more glamorous tasks I did included finding a photographer to capture a guests’ proposal in front of the Eiffel Tower, organising champagne tours in Reims, going to the florists or bakery if a guest requested flowers or pastries and handling designer samples during Paris Fashion Week.

Though with the good comes the bad and the bad included French people getting annoyed I didn’t understand them on the phone, having to smile and be polite to guests even when they were incredibly rude, doing boring admin tasks like sorting out the stationery cupboard and doubling up as a housekeeper or valet when the hotel was short-staffed.

So should I work in a hotel during my year abroad?
The lack of weekends can get annoying if the rest of your friendship group has a normal work life, as it did mean I often had to miss out on social events, but I could also go visit the Louvre on a Monday afternoon when no one was there!

I really loved the variety of the tasks at the hotel; I was never ever bored whilst working there, as each new guest brought a new request or problem to solve. The international element of the job also really appealed to me too, because though I was there to practise my French, I also got to use my German and Russian with the guests on a regular basis.

Interns in France, particularly in the hotel industry, are worked very hard though, and there was often little differentiation between what I did and what actual employees did despite me earning ⅓ of their salary. So whilst I am so glad I did it, as I was given a lot of responsibility and had so many different experiences, it definitely was a trying and tiring six months!

Most importantly, did it improve my French?
Yes, it really did! I not only improved my formal French when speaking to customers, answering phone calls or replying to emails, but as I became friends with my French colleagues too, I could learn more informal French like slang and swear-words. As well as that, the service industry usually has a lot more international employees compared to others, so it was always nice to practise my French with my Moldovan, Spanish or Sri Lankan colleagues as I felt like they judged me less for making mistakes, given that they had to learn French from scratch too.

Make sure you check your legal rights
Luckily, my employer was very reliable and followed French law regarding internships, but several of my friends’ employers tried to cut corners and ignore them, so make sure to know your rights. Firstly, internships should only last up to 6 months, so if your employer wants to keep you on after that, they should give you a normal working contract. For internships lasting 2-6 months, the minimum wage is €3.75 per hour and your employer should also pay half of your transport costs and provide you with tickets restaurants, which can be used in cafes, restaurants and supermarkets, so check you get all those things before agreeing to the internship. Sadly though, if your internship is less than two months, your employer legally does not have to give you any of those benefits.

Finally, with the transition period of Brexit ending in 2021, make sure to check out the UK Foreign Office Living in France Guide to see if the new post-Brexit rules will affect your ability to work there. As well as that, the Travel Aware page has some fantastic advice on moving and living abroad, particularly on how to improve your mental well-being, so I would give that a look too.