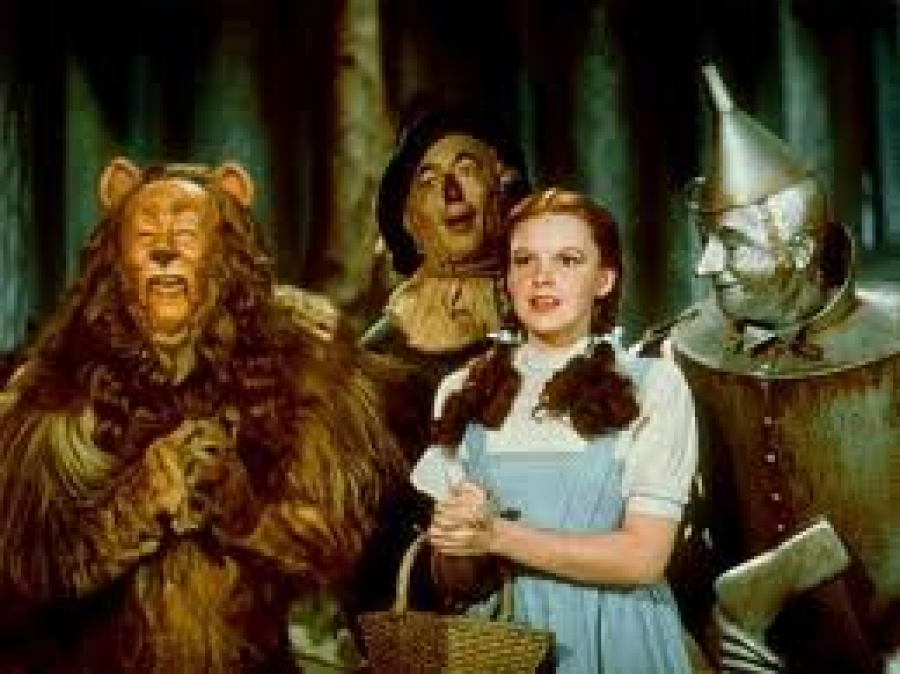 Wizard of Oz by MGM Pictures

This article was written by Global Graduates, published on 10th September 2010 and has been read 14249 times.

Advice Health & Fitness
Maybe there’s a bit of truth in what Dot said, before her technicolour dream. What if there was no place like home? What if your year abroad fills you with dread, it’s not going to plan, or you just quite simply don’t want to have it on your degree menu as the main course?Most students studying languages have to have a year abroad - it comes with the whole language learning shabang. And that’s fine, for most. But some don’t really like the idea of upping sticks and moving abroad, to work or study. The likelihood is, if you are studying Modern Languages, you’ll have to bite the bullet and go with it. A year abroad can be a real eye-opener, ask anyone who’s been on one - but it can also be incredibly hard at first.
What if the initial culture shock phase is over for everyone else, yet you’re still yearning for home comforts, and you’ve got nowhere to turn?

‘When I was in Paris, it took me at least 3 months to actually find my feet - it was a combination of people, harsh city life, expensive nights out and a new working life style’, Chris tell us. ‘It was hard, as everyone I spoke to loved it, but I just found that it was generally quite hard making mates, like the ones I had back home’.

Aaah, there might lie the problem. You can’t expect your new friends to be just like your usual gang back home - it’s obviously going to be different, and you’ve got the language barrier as well as the cultural differences to deal with. 3 months does seem like a long time; I can sympathise, I found my own year abroad quite difficult to get into; also based in Paris, I could however hop on the Eurostar to recharge my batteries. But what if you’re not that close to home, or tickets are sky-high and you can’t really afford it? Once I got into Buenos Aires, I had adopted a better outlook - don’t have any expectations. Of anything. If there’s one thing I’ve learnt, it’s to just let things go; hard at first, but as you take on that mentality, you won’t get wound up at all, if things don’t go to plan.

One of the best things to do if it’s getting a bit overwhelming is to actually sit down, have a cup of tea and just take a breather. There are bound to be days back home when you feel like it’s all getting a bit too much, a bit too exhausting and a bit too stressy. Changing habits and ways of doing things can be quite hard at first, but try and go with the flow; if that’s the way they queue jump here, don’t take it to heart, it’s just different.

If you really feel homesickness is getting too much for you to handle, and it’s not just a passing phase, try and work out an alternative plan. ‘I really didn’t like Vic at first, so I asked my home university if I could change places’, writes Adam. ‘I knew it was a last resort, as I’d tried going out to Barcelona, as it was close, and I made some mates at the uni, but I still felt it wasn’t what it should be, and luckily I did manage to get a place in Granada for the next semester - it was one of the best things I did’.

Adam was out there for the whole year and his uni was supportive. Chances are your lecturer/tutor will be too, if you feel it’s not going quite right for you. There will be some teething problems, sure, at first, but try and overcome these by looking at alternative things to do (travel, societies, new clubs, etc). If you’re doing Joint Honours in Modern Languages, you won’t have to spend longer than 6 months in each country - it really isn’t that long, as long as you keep yourself busy.

If you feel that your year abroad is not fitting the bill and you would much rather go home, make sure you think this through carefully. Being abroad means you get free language lessons, 24/7. It also means you can make some important contacts if you’d like to move abroad, in the future. It gives you something to talk about, once you’re back, and might even bag you a job in the long run. If you’ve got something on your chest, it is best to talk about it - either with your home university, your university abroad or your work colleagues, as well as family and friends. You might just need a sounding board for a while, but make sure that if you do complain about something, you try and do something about it.

People coming back before the year abroad is over is rare, but it can happen. Most decide to hold out till the following year, or more drastically cut the year abroad out altogether (though this is granted on exceptional circumstances, and you should check with your home university first). Make sure you have your tutor’s details noted, and if you have a question, speak to them about it - that’s what they’re there for. Don’t make any hot-headed decisions in your first few weeks/months, as it could really affect the rest of your year abroad - not necessarily for the best.

Even Dorothy ended up liking her new friends, with or without those sparkly shoes...

Do you have a worry? Fancy meeting like-minded people? Click here!