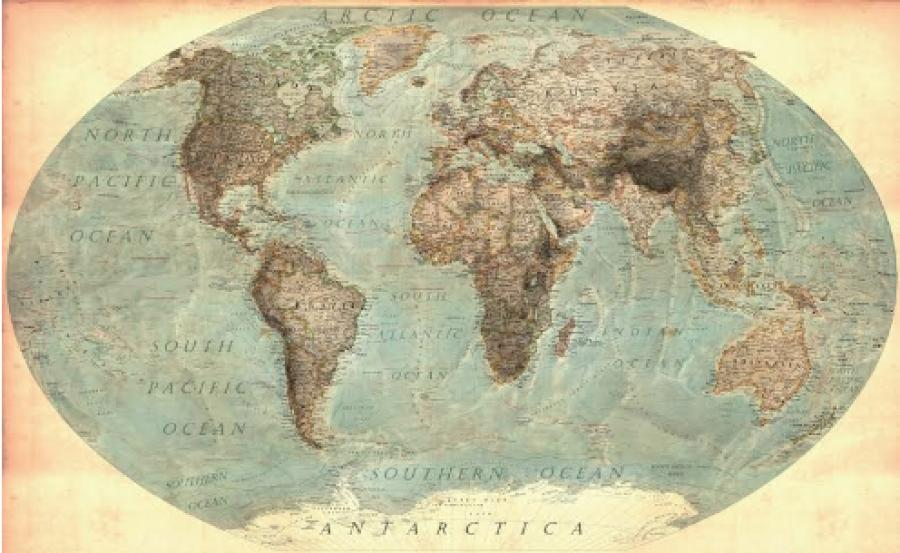 This article was written by Hannah Qurashi, published on 2nd June 2015 and has been read 4399 times.

Hannah studies Spanish/Linguistics at the University of York and she's currently doing a British Council English Language Assistantship for her year abroad in Santiago, Chile. Here, she talks about the different factors involved in choosing your YA country, and how to decide between a placement in Europe and further afield. For more of Hannah’s year abroad updates, you can read her blog.

For many of us, choosing a country is the toughest decision to make for our year abroad. So what things should we consider before deciding? And, how do we choose between staying in Europe and moving further away?

So this should be one of the most important year abroad factors as, we're all going away to practice the language, no? Depending on where you are in Europe, it might be harder to practice the language. In capital cities for example, you're more likely to find internationals who speak English. For me, this was a key reason for choosing Latin America. As there are fewer people in Chile that speak English, I practice Spanish more often.

There are lots of year abroad opportunities in Europe. You have the choice between studying at University, teaching placements, internships and more. But if you go for a country outside of the EU, it can be more difficult to find and organise a good placement (especially for dual linguists who need a half year placement).

In my case, teaching placements were the only option for Latin America. So if that isn't your idea of fun, you can strike Latin America off the list.

Places further afield such as Latin America, China and the Middle East present exciting opportunities to learn about diverse cultures. However, it can be more difficult to adapt to the lifestyle, compared to Europe.

Although Chile is considered to be the most European country in South America, I've found that aspects of life here (working hours, attitudes, daily habits) are still very different in comparison.

Many of us will probably feel nervous about spending a whole year in a country more than 2 hours away, especially if the year abroad is your first time living out of the UK. Admittedly, being more than 10 hours away from home by plane was one of my biggest worries. It was a lot to handle at first. I knew that if I felt homesick, I couldn’t come back from Chile halfway through the year. But Spain will always be just around the corner!

The truth is that it's harder to fund a year abroad placement further away. Plane tickets, especially, will take a huge chunk out of your savings, and you don't receive a travel grant. I knew that I wouldn't be able to afford my year abroad without a job. That's a why being a paid Language Assistant with the British Council has worked out well.

The BC also adjust their wages so you can live off the money you get, in the place you’re in. For me, this was a huge help as the wages in Chile are generally low compared to the cost of living.

There's no denying it, the temptation of the Erasmus grant is a huge contributing factor for year abroaders. As we all know, the British government offers grants to every UK student who accepts an Erasmus+ study or work placement. Unfortunately, this means turning down government financial support just to go outside of the EU. For others, there’s no option. And this can be costly.

In the end, what mainly influenced my decision to spend my year abroad out of Europe was:

by Ailsa Cookson and Lidia Fanzo