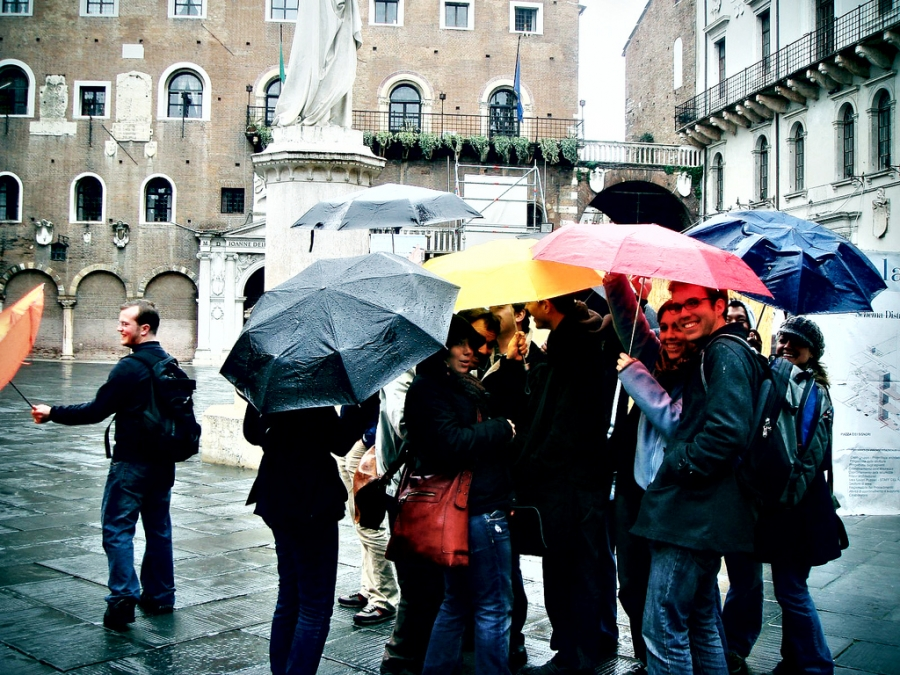 This article was written by Global Graduates, published on 26th January 2010 and has been read 10229 times.

So you've just arrived at [insert destination], and after unpacking, re-shelving, turning around a couple of times on the same spot, you've noticed something is not quite right. It's not your second year room, Cassie isn't going to burst in your room offering a cup of tea and a chin-wag, and whatever way you try and look at it, your year abroad doesn't seem like such a great idea anymore.

Or maybe you've been in said country for a while now, and it's just hit home that you can't just go meet the guys for a pint. Or have some cheesy chips on the way home.

Whatever your predicament, or food taste, Year Abroad Blues is no fun country to be in. And I should know; I've done it three times now. Starting up in a different country, speaking a different language and trying to make sense of foreign administration can be hell, at times. And let us not even touch on the 'Billy no mates' syndrome, when Billy's popularity just doesn't cut the Dijon in these foreign parts.

Your mates and family will all try and say things will get better. They will. But the only way to make them better is by putting yourself out there. Remember those bouncy, funny (and yet slightly annoying) university students back home, who were always busy doing a million things? Plays, musicals, gigs etc? They had loads of friends, didn't they? That's because they made the most of their interests and cashed in on them (on a pal front, if not on talent...). The YA is a great opportunity to really let yourself go, in a way that Fresher's week didn't allow—it isn't just for a week, it's a whole year of a new and improved version of you! The temptation will always be there to cling onto fellow British students, and while this is very useful for some, don't forget that you can make local friends too. Join groups, societies that you don't even believe in, create one if none of your interests are catered for (cupcake baking, anyone?), but keep active. Join new courses, or perhaps offer your linguistic ability to those that need it - extra money or meeting a few friendly faces on a regular basis does wonders for the esteem!

If you feel that work is getting you down (over-worked or under-occupied are commonplace in internships), try and make the most of the free time you have by visiting your surroundings. Make plans, either with friends or solo, and you'll be bursting with funny anecdotes to share with your friends back home (remember: they're not doing something remotely as interesting or ke-razee). Because let's face it, it's your chance to shine, your chance to show off a side of your personality that you never knew you had - it's your chance to assert yourself.

For many, the year abroad was 'the best part' of their degree. What they don't tell you is that there was at least one down point and downturn (if not a couple). Think about it—the most worthwhile experiences in your life have always required some form of challenge, some ups and downs, effort, enthusiasm and a hell of a lot of work. A year abroad is not easy by any means (mastering the lingo, the town, the habits, the customs and the paperwork...) but what it gives you in return more than makes up for these pitfalls - if you do it justice. Sure, missing home is not easy, but what makes this place different? Work on that, make sure you get out and do stuff you wouldn't normally do, even if you don't like it at first. Who knows, you might meet someone who hates X activity as much as you do. You might not. It's part of the fun of it all. You get to meet truly remarkable people, you'll learn through trial and error and you'll get as much as you put in. Now where's that chat-up line phrasebook...

I'm feeling really lonely in my gap year I don't know what to do?

If you can convince your parents (from experience I can tell you this is not so easy!) then I would definitely recommend going abroad. The world really is so small, and in the majority of places you g...