Working as an 'Animateur' in France 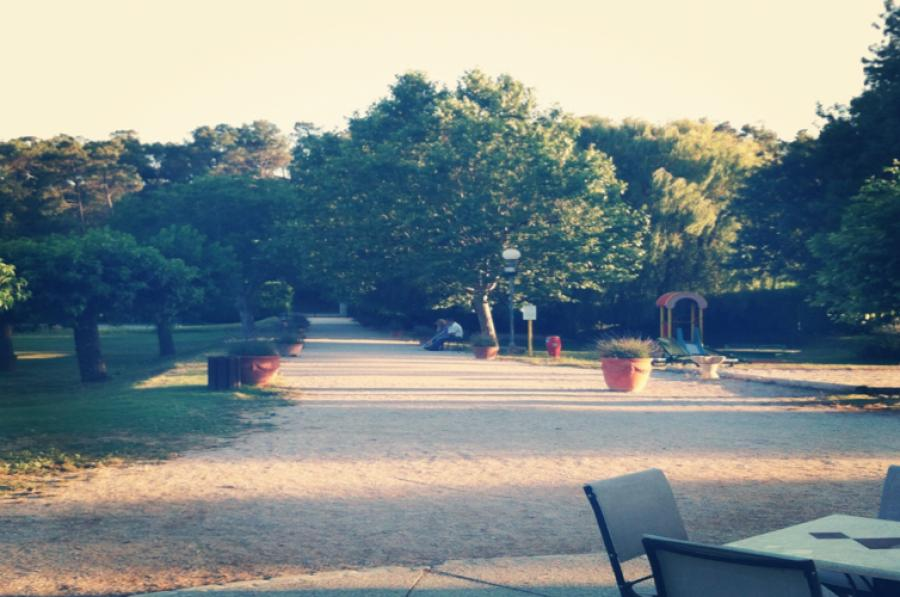 This article was written by Alexander Hylton–Holmes, published on 13th May 2013 and has been read 7443 times.

France Living and working in France Work Abroad Holidays Nottingham Trent Uni
Alexander Hylton–Holmes is a Modern Language student at Nottingham Trent University, and is currently on the second leg of his year abroad in Spain. He spent the summer working in a holiday village in France as an 'Animateur' before going to Strasbourg in September, and describes it as the best experience of his year abroad. Here's his advice about finding summer work in France and the ins and outs of being an Animateur...

40-degree heat, French banter, zip wiring and go-karting? What could make for a better start to the most adventurous year of your life? Memories of sitting on the front terrace with my colleagues, speaking French and sipping our habitual coffee beneath the southern heat and hoping for these moments to never end, was by far the best experience of my year abroad, and the best way to start.

In the summer of 2012 I decided to get a head start with my year abroad adventure by taking up a ‘Stage en Enterprise’ in the Vaucluse region of France, in a small holiday village called Les Florans located in a town called Bédoin, which lay in the valleys between Carpentras and Avignon, and was surrounded by vineyards located near the famous biking destination of Mont Ventoux.

I acquired the placement with a company called Boost Your French, a company that sets up work placements around France for students, like us, to improve our language skills as well as colour our CVs with international experience.

I was given the opportunity to work in the south, which for obvious reasons excited and frightened me, as this was the first step I was taking on my own for the Year Abroad and the obvious rumours about their accent being difficult and stories of their tolerance towards ethnic minorities was also a concerning factor which didn’t help me with my nerves. However, I didn’t experience any kind intolerance or lack of understanding there. Their accents were charming and somewhat endearing, as well as fairly funny. It was a completely contrary experience to what I had seen on television and read about. I’m not saying that there was no prejudice, because it would be naïve of me to say so, however I managed to sail on through the summer with such ease it prepared me for the challenge that is, the third year abroad.

I’m writing this as I would of liked a guide or some experienced word of wisdom before I flew out there. (If any of you are like me, I was scouring through thirdyearabroad.com looking for something to hit home!) So here it is: in my experience, the south of France in comparison to the north is much more open. I’m saying this based on my experience studying in Strasbourg the following September and coming across staunch conservative French people with a German outlook - so much so that I was denied finding accommodation on several occasions solely because of my skin colour.

Working as an Animateur

My main role was as an Animateur for teens in a holiday village with additional barman duties. This is the best way to develop your language skills, because you are constantly talking - so much so that when you try to think about past conversations you imagine them in English, which is a good sign of progress.

First I will talk about what we called ‘Animateur-ing’. Being an Animateur is simply being an entertainer. Think cheesy Butlins type; add a French flair, some sun and voilà! With regards to the teens, I had to occupy them Monday to Friday from 9am – 5pm with various activities. Whether that entails: a day of sports activities, a nature trail, putting on a show or simply being the cool English guy – the job is basically a free for all. As an Animateur, you have to put yourself in the limelight a lot. You will have to get on stage, do public speaking, get on stage, look after large groups of people, and sing karaoke and also GET ON STAGE.

Yes that’s right, you have to give performances with the rest of the entertainment crew and, in our case, some of the other English waitresses. This was fun, because as English students we couldn’t tell what the punch-lines were for some of the jokes which made it extremely fun for the audience, who enjoyed seeing us get fully stuck into the role, and the fact that we made a fool of ourselves made us very popular in the hotel.

It was a very ideal job with its perks, however this role was NOT without its challenges.

1. Introductions
The first time having to introduce myself to nine or ten French teenagers was the most nerve-wrecking thing I had ever done, because you’re not entirely sure you would be understood let alone engaging enough. You doubt your own language skills and your confidence wains. The only advice I would have for you is to just take the plunge. French teens are very understanding, and once they find out you’re English they want to know everything about England, music, sport and, much more irritatingly, America – because that’s what they hear all the time with regards to music and fashion. Once you connect with them on that level, you will feel comfortable and the experience will be enjoyable. You may even pick up some slang while you’re at it!

2. Motivation
As pleasant as some of these kids can be, never forget that they are still teenagers and teenagers can be stroppy and very difficult to motivate. My age range spanned from 12-17 years of age. Naturally, the 12-14 age groups were easy to motivate. Give them a few challenges, boost their self esteem and the week is simple. Get twelve 15-17 year olds who simply want to sit by the pool all day while your manager presses you to find activities for them...? Do not worry there will be plenty of opportunities for excursions. They need adventure, they want to create memories as many of them were just dragged along for the summer and would have preferred to be at home.

To prepare yourself for this the week, ask for a list of the young people to see which ages you’ll have before they arrive, this will help you tailor your week more or less to what will interest them. I was fortunate enough to have the Olympic games coincide with my time in the South, so I could stage a mini Olympic games throughout the day, and create prizes and awards for them. My main piece of advice is: Do not worry. Just have a thought about what would keep you motivated and your energy will do the rest.

Some days you have no energy to be happy-go-lucky and you just want everything to run smoothly and for them all to behave and listen to you. Discipline is key. My piece of advice for this is to let every new group know where you stand at the beginning of each week when you start, and remind them as the week progresses, otherwise you risk them taking advantage of you and as you are already not a native speaker you will be slow off the mark when it comes to your retorts.

For example, my colleague was in charge of the children between five and ten, and he storm rolled in there with fun and games with no boundaries on the Monday, but by the Wednesday they were out of control wanting that level of energy every day and when he did decide to introduce some discipline it was treated as if it was another game. So be firm at the beginning that way they’ll know which lines not to cross. All in all, do not be a push over!

Things to try in this region

Tapenade: An olive puree, which is eaten with toasted bread. Cycling up to Mont Ventoux Zip Wiring and Horseriding at Mont Ventoux Learn how to play Pétanque (Boules) – it’s a fun game as boring as it sounds! As much wine as possible! It is one of the best vineyards regions in France so it would be a waste not being able to sample some of the finest.

I understand that everybody’s experience will be completely different to mine, however I just thought it would be good to have some first hand advice for those who are going out to France this summer to do something similar.

I hope all you readers have an excellent time in whichever destination you choose, as this will definitely be an experience you will not want to forget in a hurry.