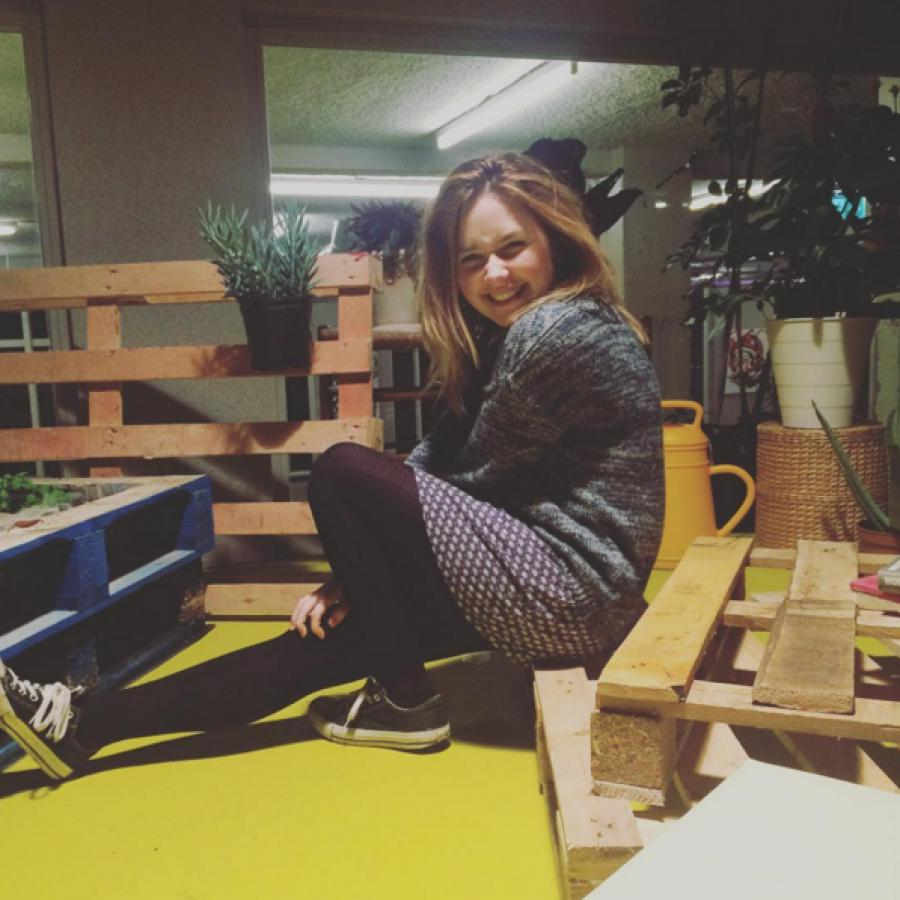 This article was written by Amber McIntyre, published on 1st March 2016 and has been read 4231 times.

Amber McIntyre is studying English with French at Queen’s University Belfast, and is currently on her year abroad working as a Language Assistant in a lycée in Compiègne, France, 515 miles away from her boyfriend back in the UK. She is blogging about her year abroad experiences, but has also written this fantastic article for us, giving five tried-and-tested reasons why you should definitely go on your year abroad despite being in a relationship.

Let’s be honest with ourselves for a moment, guys - doing a year abroad seems scary. You find yourself halfway through your degree, you’ve got all these important life decisions to make and then BAM! Someone throws you into the middle of France without as much as an au revoir. So when there’s another person in your life, and you have to take their thoughts and feelings about you up and leaving the country, it adds a new dimension of stress to the baffling equation that is your stage en France. And sadly, it stops lots of people from going on their year abroad.

It’s the end of February as I write this, and that means that I’ve only got two months of this crazy adventure left. That means that I have survived for 5 months. And I can’t stop thinking about how close I was to pulling out of this amazing, life-changing experience because of fear, nerves, and the thought of leaving my boyfriend behind.

Maybe it’s cringey, I don’t know. But I do know so many people who base their decision of whether to go abroad or not on their significant other, and it makes me incredibly sad to think that so many people, almost including myself, opted out. So, if you’re reading this pre-departure, or you decided not to go because of your other half, here are some things to consider...

1. This is not a life sentence.

You are not being locked away in a cell for ten years, okay? You’re probably fed up hearing people say “It’s going to fly in”, and at the beginning, when things are a little bit tough and you’re still settling in, it seems like every second is an eternity. But I am in a state of shock that time has flown so very quickly, and I’m almost done. Seven months, minus the holidays, minus the random days off and minus the weekends, is really not very much!

I feel like I’m speaking more to my fellow ladies here when I say this, but I’m sure it applies to some of you feisty independent men out there, too; it is so easy to become defined by your relationship. When two people spend a lot of time together, it’s as though you’re one person - there’s a reason why the phrase “two peas in a pod” exists! And sadly, while you build this amazing, power-couple identity together, you can lose your own  independence and sense of self. A year abroad is a great way to “find yourself” again- for you and your other half. It’s an amazing way to do your own thing for a bit, to grow by yourself, and to have new experiences which shape and mould you, making you a far more interesting and independent person as a result.

You hear of so many couples breaking up before they go their separate ways for university or move to a different country, and that’s the part that’s scaring you, right? Well, if the person you’re with loves you as much as they ought, then you’ve got nothing to fear. If a relationship is supposed to work, you’ll make it work, whether there’s 1cm between you, or 1000 miles. It’s just like Jim and Pam in The Office when Pam moves to New York to do art! And if your other half decides that you should break up before you go because they think it’ll be “too hard”, quite frankly, they are not the cat’s pyjamas, and who wants to be with someone like that? So pack your suitcase and unleash your inner Pam! Besides, there’s this great invention called the aeroplane- avion in French, I believe- and your boy/ girlfriend can get on one and come to see you!

I am a very boring wee person. I go to uni, I work, I cook the same food every night, I read the same type of books all the time; I’m just generally very predictable. A real creature of habit. And for the longest time, if someone asked me to describe myself, one of the keywords I would have used was “boring”. But a Year Abroad gives you so much depth; you have all of these amazing stories, anecdotes and experiences, and you’ll come back with a truckload of pictures and enough memories to talk the ears off anyone. So the next time you find yourself saying “Awk, sure me and (spouse name here) just sat in and re-watched Gavin and Stacey... again...” REMEMBER: you could be the cool person who has all these amazing stories about your time in France or Spain or Germany or wherever you find yourself. DON’T become that person who has nothing more interesting than their boyfriend/girlfriend to talk about!

5. 515 miles apart will bring you closer together than anything

And now, for the super slushy section of this post. I can’t help but feel that despite being apart for weeks at a time, my boyfriend and I have become closer than ever. He’s been there through everything - via Skype, he’s listened to me gloat about linguistic breakthroughs and my successes, and he’s also patiently listened to the emotional breakdowns at 2am (despite the fact he had to be up super early the next day - thank you!). He’s also come to see me loads, and the only thing I’ve come to realise recently is just how lucky I am. I mean, I always knew he was fantastic, but the support he’s given me over the past few months has been unimaginably wonderful. Besides, there’s no way we would have holidayed together the way we have these past few months if it wasn’t for me being away! We’ve done Paris, Amsterdam and wherever takes our fancy.

All you need is a little bit of motivation - count down the days till you’re seeing each other again, talk as much as you feel you need to, and everything will be fine. And nothing on this earth beats that feeling of pride, happiness and excitement when you see them standing in the airport at Christmas. Walking (or rather, running at full pelt) through the arrivals section at Dublin airport, all I could think was, ‘I’ve made it!’ (and also ‘Please don’t ruin this moment by falling over’)

So, those are my thoughts. I know it’s maybe not as black and white for every couple out there. But honestly - do not let someone else make a decision for you which is so life-changing. Go, learn, travel and explore. Dare to press the pause button, and if they’re worth their salt, they’ll still be there when you hit play again.