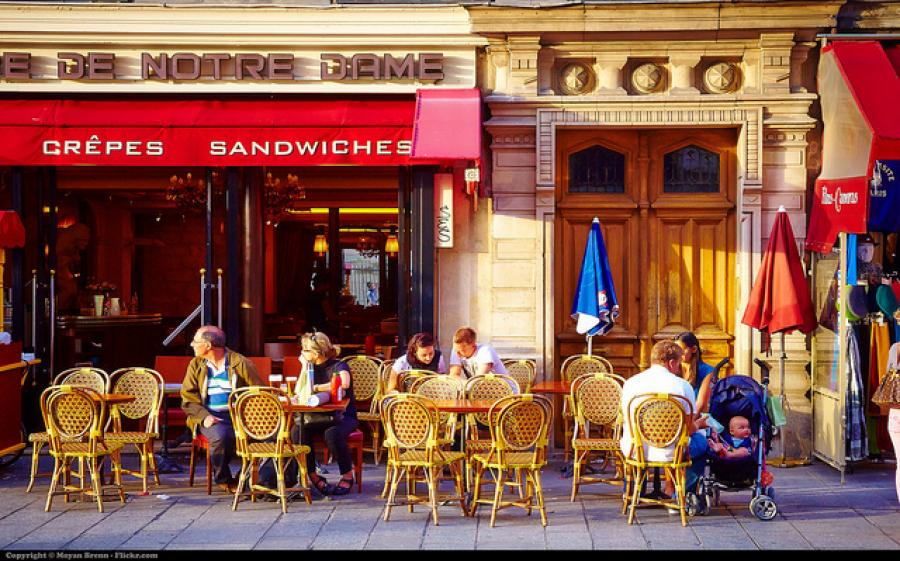 This article was written by Katherine Tabor, published on 23rd January 2015 and has been read 6165 times.

Katherine Tabor is studying French and German and the University of York and she spent her year abroad as an Erasmus student at Aix-Marseille University in Aix en Provence. Here are her responses to some typical pre-year abroad fears.

For some students, myself included, a year abroad is a compulsory part of the university course. My year abroad was pretty much a package deal with any languages course I chose; I always knew I’d be spending my 3rd year in two different countries. However, with Erasmus+ and worldwide exchanges still open to students of all disciplines, there’s a lot of scope for spending a semester or a whole year abroad during your degree.

That said, there are a few reasons/questions that can understandably make the year abroad seem slightly off-putting. But rather than letting them put you off, have a look at my answers to some of the most common…

1. I can’t speak any other languages

There is one obvious answer to this… learn! You will have months in between sending the application and actually arriving at your destination. This really is enough time to learn the basics and feel confident in everyday conversation. Most home universities offer extra credit language courses alongside degrees and ERASMUS intensive language courses are available upon arrival at the host universities. Besides these options, there is a whole array of language learning materials online: apps, Skype tandems and even translations of Friends into almost every language! It really isn’t as hard as it seems and you will pick up much more once you arrive and are totally immersed.

Let’s also not forget the beauty (or curse for language students) of English being the Lingua Franca of the world! In the majority of non-Anglophone countries, English is the first foreign language taught in school, which means if your language fails you on occasion, you probably will still be able to get the message across (coupled with some hand signals)!

2. What if the university/work is too hard?

Although the work will seem a lot harder due to linguistic barriers, grades don’t tend to suffer as much you would think. International marking tends to be more generous than in the UK, so if you put in the same level of work as you would in the UK and then minus something for linguistic difficulties, it’s probable you may even come out with the same grades, or higher, as at your home university. Also, at my university in France, some professors told us to write ‘ERASMUS’ on the corner of assessments, so that spelling and grammar mistakes wouldn’t affect the final grade.

However, with the number of courses taught in English in oversees universities rising, you may have the option to study in your native language. For example, Maastricht University in the Netherlands has almost all of its bachelors and masters courses taught entirely in English and there are over 2,400 other English-taught courses available in Europe alone. In this situation, you’re going to be the most popular person in the classroom (but may have to proofread a few assignments!).

Not as expensive as you think! You are still entitled to a normal Student Finance loan when studying abroad (mine was even slightly more) and alongside this you are entitled to the Erasmus grant. Grant = non-refundable/free and it is not means-tested! Over the past few years, UK Erasmus students have received a grant average of €375 a month by the EU. This is often more than enough to cover your rent abroad.

Student Finance also offers a travel grant to cover some of the costs of travelling abroad to study. However, as it is means-tested, there is no fixed amount per student.

Getting a job whilst studying abroad is also an option to supplement your budget. Native English skills are highly employable in tourist-y areas for bars, restaurants and shops. For some, babysitting and even tutoring can also be pretty profitable.

Although it’s very easy to slip into a holiday mentality once you’re over there, if you don’t go wild eating out every night or visiting a different country every other weekend, chances are your spending will be similar to what it is in the UK.

Personally, I found rent, transport and general costs of living in both Aix-en-Provence and Ingolstadt to be slightly cheaper than an average city in the UK.

4. I’ll miss all of my university friends/family…

Didn’t you think that when you left for university in the first place? Just imagine the year abroad as being like leaving college and heading to university, but slightly further away. Yes, it may be hard to think of a life without your first year housemates next door or your family only a few hours away on the train, but at the end of the day, they are only a Skype call away, or at a push, a last minute budget flight. Although you may sometimes feel as though you’re missing out on what is happening at uni while you’re not there (I know I did at times), you’ll have more than enough occupying you abroad to make sure that the feeling doesn’t last long.

The opportunity to live abroad is a brilliant one to seize whilst studying and you will make other friends abroad and meet loads of new people. They won’t replace anyone, but only add to the amazing collection of memories you have as a student.

5. Won’t employers be turned off to see I’ve been on a glorified holiday during my studies?

On the contrary, research from the European Commission suggests the opposite to be true. Graduate unemployment is sadly still high, but for Erasmus participants, it is 23% lower! The study also showed that former study abroad students are more employable due to skills that are gained when living abroad. For example: adaptability, openness, self-confidence and vigour (problem solving). Many employers do recognise and appreciate the challenges of living abroad compared to a ‘normal’ student experience. An added bonus of spending time abroad as a student is that it also gives you the opportunity to make invaluable contacts for future employment prospects!

6. As a young person abroad, could it be dangerous?

It could be, but that doesn’t mean it will be. There are good and bad parts to every year abroad, but for the majority of students, the good experiences far outweigh the bad. Yes, being a young foreigner abroad can easily make you a target for the wrong kind of people, but keeping your wits about you can help to avoid some incidents.

There are two key rules I would suggest you remember for a safe year abroad. The first rule is making sure you still follow the rules you have at home; for example, you probably wouldn’t walk home alone in the middle of the night in a town you didn’t know in the UK, so it’s probably best not to do that abroad.

In order to keep safe abroad my second rule is an absolute must – research your destination before you go. If there’s a ‘bad’ part of town, it’s best to know beforehand and avoid finding out the hard way or if there’s a high-rate of bag snatching, invest in a bum-bag or use pockets. Tourist forums, travel sites and university Facebook groups are often good sources of local safety information. The Foreign & Commonwealth Office’s Know Before You Go pages also have official and up to date information, on destinations around the world, the types of travel insurance you can get, and what you need to have prepared before you go.

Student societies: The ins and outs