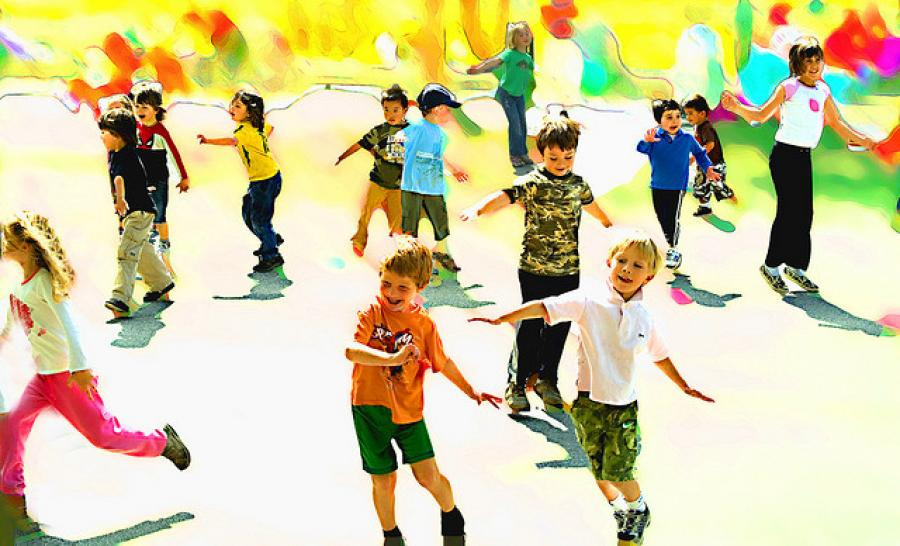 This article was written by Jessica Allen, published on 30th June 2015 and has been read 3207 times.

Jess is studying French and German at Oxford University. She's balancing a year studying in Trier with internships in France and volunteering work. This is her take on giving back while on your year abroad.

Wherever you are in the world and whatever you are studying, it is all too easy to become trapped in a student bubble. It can therefore be good to undertake a variety of other activities through which you meet a wider spectrum of people and escape the routine built around assignments and deadlines for a few hours.

I’m studying at Trier University where, like at most German universities, you are able to choose your own courses and construct your own timetable with little if any restrictions. This has left me plenty of time for other activities around my studies so it made sense to dedicate part of this time to voluntary work. It’s an incredibly worthwhile thing to do because it allows you to make a difference in your new community as well as perhaps trying out a new activity and gaining new skills and experiences along the way.

1. How I found voluntary work abroad
A quick google search lead me to a huge online database of opportunities in the city. I found several projects which appealed to me and attempted to make contact with the organisations but when, after three weeks, I had received no replies, I began to feel frustrated. Later that day I went grocery shopping and on the way back to my flat, a poster pinned up outside the church on the edge of the university campus caught my eye.

It was advertising the organisation “Balu und Du”, a nationwide initiative in Germany which matches motivated young students or workers with individual primary school children who have been identified by their schools as needing extra support and input. Participants commit to meeting their child for a few hours once a week over a period of roughly one calendar year. It’s not strictly an educational charity: our meetings are based around fun activities which we tailor to the individual interests of the child, but they often don’t realise that, along the way, they learn so much about themselves and the world around them.

2. My personal experience
As soon as I read the poster I decided that this was something I wanted to do. I’ve always had an interest in education and believe that what is learnt outside formal settings such as the classroom is just as important as academic work, so the idea of helping with someone’s personal development really interested me. After an initial email expressing my interest, I had a short interview, DBS check, and then had to wait a couple of weeks to be matched with a suitable child.

I can’t give much specific information about my experiences with my mentee because it’s obviously a confidential, sensitive programme. Together we’ve played board games, done arts and crafts, played football, gone to the park, been ice skating, visited tourist attractions, and spent hours at a huge indoor play area. It’s been wonderful to become a regular fixture in his life and to give him the chance to do activities which lots of other children take for granted.

It’s also meant that I’ve done a lot of things in Trier which I wouldn’t have done had I stuck to activities predominately for students, and along the way I’ve met other interesting people such as au pairs, grandparents, and teachers with whom I’ve had many an interesting conversation.

Interacting with children also provides you with fresh insight into the culture, education system, and behaviours of your new country and its inhabitants. In Trier there are about ten of us taking part in the project. We meet once a week to discuss our progress and occasionally do group activities with all of the children, which is a useful support network and an outlet for any difficult questions or issues that may arise.

Volunteering has also inspired me to pursue something similar in the UK in the future and maybe even set up my own educational charity, something which I had been thinking about for a while but was not sure if it could realistically be put into practice, although now, having seen how successful this project is, I’m determined to make my ideas work in the future.

3. It hasn’t all been rainbows and sparkles
Of course it hasn’t always been easy. The hardest thing for me has been the time commitment and balancing it with my work and other activities. Whilst the other mentors are German students who are based in Trier for three or four years, in many ways I’m only a visitor. I often feel guilty that when I leave in July, I’ll only have completed seven months of the project as opposed to the whole calendar year, and that I had to miss a few weeks during the Easter vacation because I was working in France. I also worried that, in comparison to the other mentors, my English childhood would mean that I wasn’t as appealing to my mentee as someone who would have had similar experiences, but actually we’ve both seen just how universal most aspects of childhood can be and I have been forgiven for my lack of knowledge of German Christmas biscuits and bank holidays.

Overall, I would definitely recommend taking part in a similar project, or even in this one if you happen to be in Germany, seeing as it has a branch in almost every city and large town. It quickly became one of the highlights of my week and opened my eyes to so many things, linguistic and otherwise.

by Helen Parkinson
Living and working in Germany