Why I chose Senegal for my year abroad 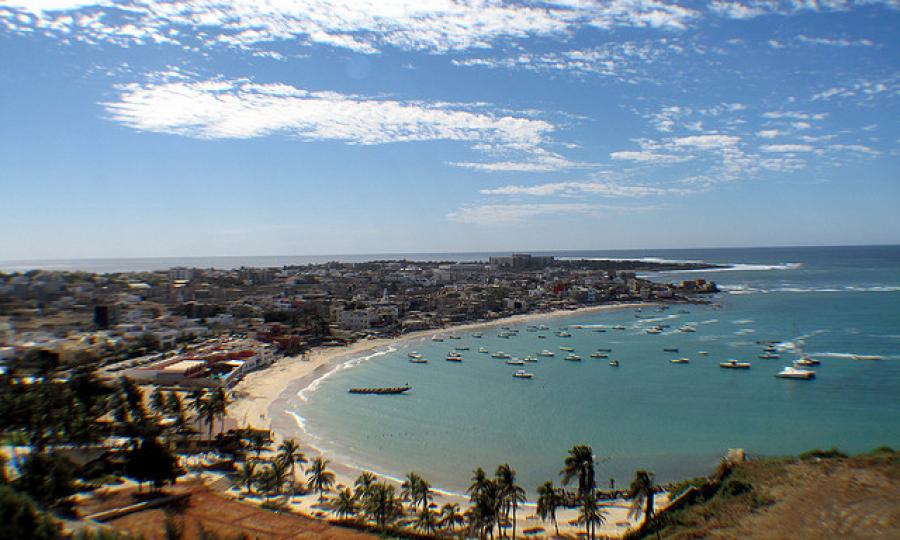 This article was written by Iain Davidson, published on 19th September 2013 and has been read 7248 times.

French Work Abroad NGO Senegal Wolof Portsmouth Uni
Iain is studying Applied Languages at Portsmouth University and is spending his year abroad working for the NGO 'Plan Sénégal' in Dakar, Senegal. You can follow him on Twitter and check out his blog for the latest update, but if you're wondering why Iain chose Senegal over mainland France for his French-speaking year abroad, then you've come to the right place...

What I'm up to

When I enrolled at University two years ago, I knew I would be doing a year abroad. I was thinking of all the possibilities. Having a croissant for breakfast overlooking the Eiffel Tower in Paris or sitting on a beach in the South of France … It sounded perfect. The year abroad arrived quicker than anyone could have expected and I now find myself in Dakar, Senegal. Not the first thought when thinking of a year abroad.

I was lucky enough that my university had links with the Université Cheikh Anta Diop in Dakar. I’ll be attending lectures there one day a week and the other 4 days will be at an NGO called Plan Sénégal. They are responsible for improving the lives of women and children in Sénégal by providing their basic needs such as education and health care.

Why I chose Dakar

I chose to spend my year abroad in Dakar instead of France for a number of reasons. Firstly, France is too close to home. If I wanted I could return home to England for the weekend. This didn’t appeal to me. I wanted to travel a little further afield and experience cultures and customs so different to my own. I was in luck when during yet another Year Abroad meeting I was told I could go to Senegal. I immediately wanted to know more.

Secondly, during the first few years of my life I was lucky enough to live in Sierra Leone, another country in West Africa. Unfortunately I don’t remember the experience. When I found out I could go to Sénégal for my year abroad I realised this could be my only opportunity to go back there. In the end I chose my Year Abroad destination on where it was rather than what I would be doing.

The pros and cons

There are both advantages and disadvantages to choosing Senegal as a Year Abroad destination. Yes they speak French here. It is a slightly different accent but that doesn’t affect my ability to understand them. Unfortunately the also speak Wolof as much as they do French. This means you won’t learn much French from listening to conversations between to locals. They will use French when talking with me as they know I don’t understand Wolof. It’s also difficult to know where to find things when you arrive. There aren’t Tesco’s and Sainsbury’s on every corner selling everything you need. I needed to ask people and search for places to find what I needed. It’s also a very different country to the UK. If things start going wrong as the inevitably will (no electricity and no water for example) it’s easy to just want to go home. I found expecting things not to work made it easier to deal with. Finally, due to Senegal not being in Europe you aren’t eligible for the Erasmus grant. This isn’t so much of a concern as the cost of living in Senegal is much lower than in the UK.

One of the many advantages of spending your Year Abroad in Senegal is that it’s so much cheaper to live here than in England. Rent on a large apartment is anywhere between £200 and £300 per month including bills. Restaurants are also much cheaper. You can negotiate the price for everything and as long as you are patient, you can get some real bargains. It’s also exciting. Every day you experience things you wouldn’t see in England such as cows crossing the motorway and thunderstorms like you never seen before (only during the rainy season). But most importantly you get an experience that you will never forget. Of course there will be days where you just want to go home because you feel you can’t cope but everyone has them. The people of Senegal are so friendly. The food is wonderful. The city is full of life. All of this adds to an experience that people can only dream of.