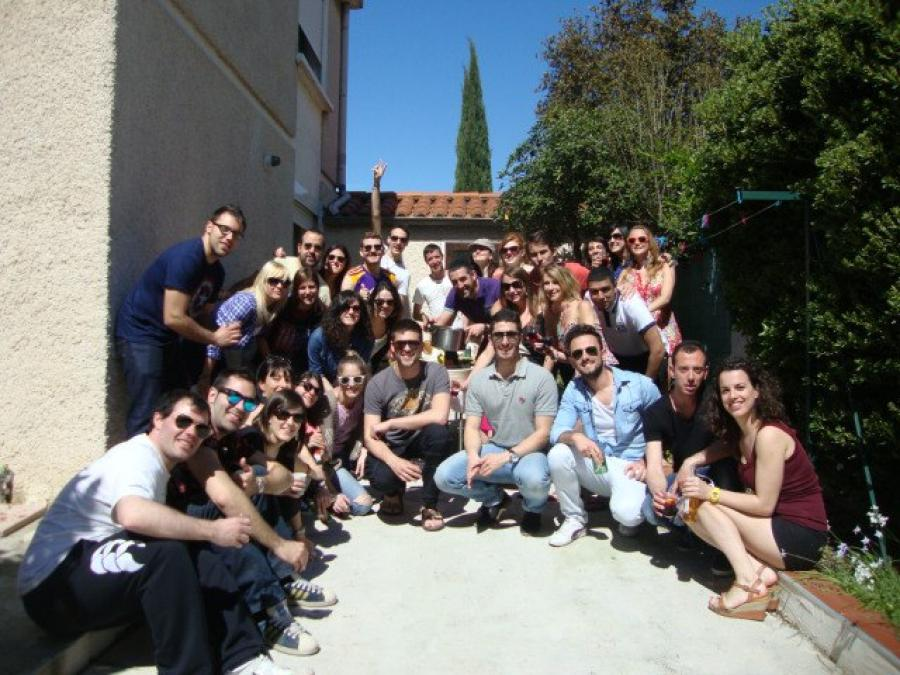 This article was written by Emily Heath, published on 26th April 2013 and has been read 5993 times.

Advice Study Abroad Work Abroad Language Assistant Warwick Uni Narbonne
Emily is studying French and History at the University of Warwick and is spending her year abroad as a British Council Language Assistant in Narbonne, France. Here's her brilliant advice to future students about managing your year abroad expectations and actively making the most of your time there instead of waiting for things to happen...

As a student of French and History it may seem like a bit of stupid question to ask, I knew before I even sat my A levels that in my third year of university I would be jetting off to an unknown environment in a foreign country with loose instructions to 'improve my language skills.'

Becoming a Language Assistant seemed like the obvious choice; breaking up university with a year in a 'proper' job and becoming immersed in a culture without being a student. When I first found out I was going to be living in Narbonne on the Mediterranean Coast I was beyond excited. Sun, Sea and French were three images that carried me blissfully through my second year exams.

When I arrived I realised that my paradise like vision of Southern France had perhaps become a little over-exaggerated in my mind. Not only was Narbonne a forty minute bus ride from the sunless seaside, I was also going to be living with three other English Language Assistants so improving my French wasn't necessarily going to be as easy as I thought. To top it all off Narbonne appeared to be the windiest place on the whole planet and walking to my schools each morning instantly felt like a battle against the elements.

After a few weeks I was beginning to question whether I was cut out for this year abroad business after all. I have never been one to shy away from a challenge but I really thought that Narbonne could defeat me. My housemates were great but we were speaking in English so it began to feel like being here was a bit of waste of time, especially as we were only working twelve hours each week. This gave us ridiculous amounts of free time which we couldn't (as I had imagined before arriving) spend drowning ourselves in sun, because there wasn't any.

...but reality isn't all bad

I persevered through the tricky first few weeks and forced myself to try and get involved with as much of la vie narbonnaise as possible. I joined my local Maison des jeunes et de la culture and started taking their weekly French lessons for foreigners. My housemate and I also signed ourselves up for exercise classes with the town academie de temps libre. It was through these activities that we fended off any potential for boredom and began to find ourselves speaking French outside of school. In fact, in my French class I bumped into a group of Spanish physiotherapists who were new to the town and all in their early twenties. After the physios invited all of the assistants to a tapas and sangria filed night we became firm friends. Over time this group has spread to incorporate more and more people - you never know who you'll end up befriending on a year abroad and your new friends can broaden your horizons in ways unimaginable.

I am looking forward to going home armed with recipes for the perfect tortilla and drinking games from Argentina. We found ourselves speaking French on a daily basis with our new friends and this instantly made me feel more positive about my year abroad; I was finally there for a reason. Slowly but surely Narbonne become home; from shopping in the incredible market to taking excursions with the local ski team, living in the windy city became less and less daunting and more and more exciting.

The rollercoaster ride of emotions turned into a long, flat stretch of happiness, croissants and time with friends that I never would have made if I had stayed in the comfortable confines of university.

As I sit here on my last day before leaving to accept a job at a children's camp in Northern France for the summer I am reflecting back on the last 8 months and why we really venture out on a year abroad. Obviously the language side plays a huge part of it; I cannot stress enough how much you can improve if you put yourself out there and find friends that you have to communicate with in French. However, that is not the only reason why we do a year abroad.

This year I have found a new level of independence that university cannot give you. Picking myself up after a tough beginning has made me feel that I really can take on anything. Don't be disheartened if at first your year abroad is not what you imagined, you can find friends and have a good time anywhere if you try. And if you have tried you will have an immensely satisfied feeling at the end of your year away; you really do feel capable of anything. Be prepared to surprise yourself; you may even end up feeling sadder to leave the place you have spent your year than you could ever have imagined at the beginning.

by Matthew Hepburn
Living and working in France