Why Britain should remain in the EU 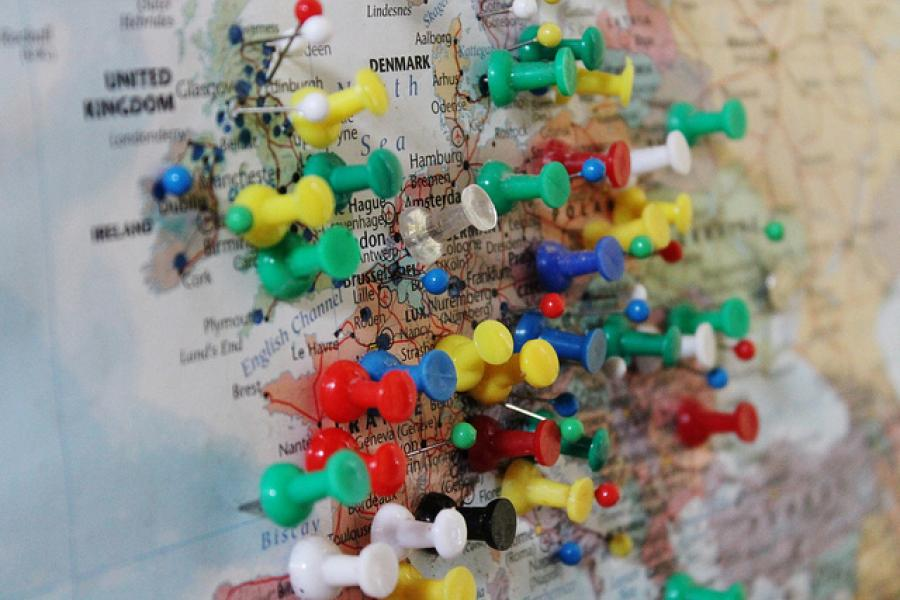 This article was written by Helen Campbell, published on 8th March 2016 and has been read 4419 times.

Our position when it comes to Brexit is, of course, that we want to remain in the EU. Apart from everything else, if Britain left, that would be the end of Britain's participation in the Erasmus+ programme which would be... completely catastrophic! We needed a voice of experience - someone like you guys, but further on in their career, to explain the situation and the implications for you. We asked Helen, who went to the University of Southampton with a year abroad at the University of Freiburg, speaks Italian, French and German, and was an interpreter for the European Commission for 20 years, for her thoughts on Brexit...

My name is Helen Campbell. I have no group behind me, I am a lone voice and I speak from the experience of many years studying, living and working in Europe. I have no vote in the June 23rd Referendum, as I have lived longer than 15 years outside Britain. We are around 2 million disenfranchised Brits living in Europe.

Thank you for letting me share my thoughts with your community. Your site represents youth and I know that most of you favour staying in the EU. You might remind your parents that (I quote a friend):

For many years I was an interpreter in the EU; I know from first hand experience how meetings, including Ministerial meetings work. Let us be clear: In every Council of Ministers there is a British Minister who has his/her say, participates in decisions taken and in most cases approves them. There is no mysterious creature called ‘Brussels’ deciding on everything and overriding British interests.

The EU is a big club; it forms the biggest trading bloc in the world. The bloc is a mixture of different races, creeds, religions, ways of life, all democracies working together. Decisions are taken together, compromises are found. It is a large family so there are bound to be ups and downs in its fortunes and hefty arguments. But in good times and in bad, members work together. You can stay outside if you prefer, but then you have no say at all in decisions that will still affect you, inside or out.

1. How was it BEFORE Britain joined?

I was/am a linguist, we did exchanges back then. I spent holidays with my French family, learned to eat artichokes and converse on French literature and pop music while studying for French A level. I read Proust, danced to Françoise Hardy and learned the words of the songs.

I remember the thrill of being there, not as a visitor looking in from the outside, but as part of their lives, seen from the inside.

I did not want to be left out.

Four months of my graduate studies were spent in Germany. There was no third year abroad then, just a few months, for language undergraduates. After graduating I decided to return and find a job, which I did, as a DJ, then as a translator. Only it was not as easy as that. I needed a work permit and a residence permit, each apparently dependent on the other being granted first…

After hours at the German Consulate in London, long queues in the Frankfurt ‘Arbeitsamt’ with hundreds of jolly Turks hoping to work on building sites and months of red tape, I was finally allowed to take up my job offer. So when Britain joined the EEC, it was a huge relief. I wonder whether the obstacles and red tape will be re-introduced for Brits wanting to work in Europe if Britain leaves? No one knows, but there are always different rules for insiders and outsiders.

Look at a map of Europe. Britain is part of it. Our next-door neighbours are French, Irish, German, Belgian, Dutch. We have the same roots. The dozens of Eurostar trains crossing through the Channel Tunnel daily, ferrying people to visit and mostly to work between Brussels, Paris and London are full to overflowing. Our passports are checked going in and out of England (UK is not in Schengen), we stand in one line marked “EU”. The others are in the line for – well, the others.

2. What about student mobility?

What will happen to programmes like Erasmus, no one can say. No doubt British students will still be able to benefit even if there is a Brexit. They will still be able to travel and study in other EU countries. But it is worth remembering that or the last 40 years the fundamental EU principle of free movement has meant that we can all go where we choose to work and live as the nationals in our chosen country. University fees are the same for all EU students.  Outsiders pay more - British students would be among those outsiders.

The EU takes almost half of British exports, while Britain takes less than 10% of the EU’s. Nigel Farage puts that figure at 20% and the Economist tells us it depends on the calculation basis. In other words, it is almost impossible to provide reliable the facts and figures. However, there are two good websites you can look at, the broadly neutral fullfact.org and pro-EU infacts.org – both will dispel some of the myths:

Claim: Since 1987 more than 200,000 UK students have studied or worked in Europe on the Erasmus exchange programme.
Conclusion: Correct. Erasmus+ covers a lot more than just undergraduates studying at foreign universities. It also funds exchanges for university staff and vocational courses, as well things like voluntary work and sports programmes. All this will cost around €15 billion by 2020, of which a billion is expected to go to the UK. If it stays in.

Claim: UK universities get 15% extra money in funding from the EU, on top of what the government gives them.
Conclusion: 15%, or a little higher, is a rough estimate of additional EU research and development funding; this isn't only for universities. British higher education providers get at least 2.6% of their total income from the EU, or around 16% of their research income.

A British friend of mine commented just now to me – 'I'm very much for cooperation and have no problem if it sometimes means giving as well as taking'.

David Cameron put it this way: 'A vote to leave is the gamble of the century. And it would be our children’s futures on the table if we were to roll the dice'.

The Daily Mail asked 'Who will speak for England?' I reply with another question:

4. Who will speak for your future?

You will. You and the CBI and the trade unions, the governor of the Bank of England, the President of the United States and the leader of every European country that anyone might conceivably have heard of. It is not a bad start.

I intend to look at those websites for guidance. My hope is that common sense will prevail and the vote will be to REMAIN. I just wanted to share with you my experiences, my love of Europe and strong sense of being a British member of the European family. I do not want to see the family torn apart and I hope you will feel the same.

Hi Hodeefa,QS Universities is really useful for queries about courses.Here is their 2014 list of the top European universities that teach Politics and International Studies. We hope that helps!The TYA...