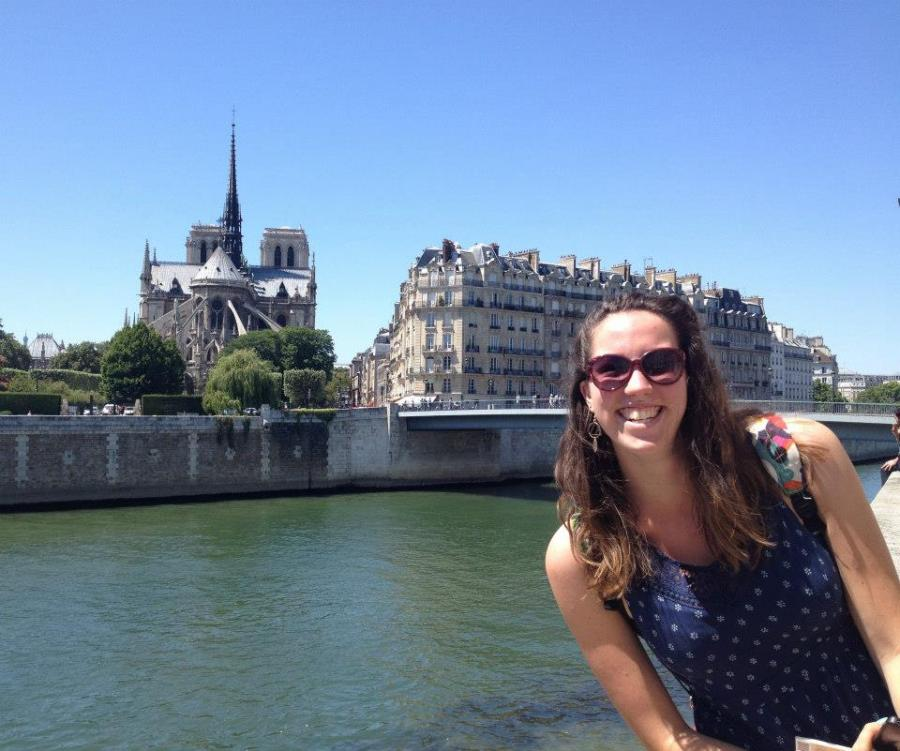 This article was written by Tessa Boyd from The University of Exeter, published on 18th August 2016 and has been read 5233 times.

Obviously, a huge part of deciding to take the plunge and spend your third year abroad is choosing where exactly you’d like to go. After all, this isn’t just opting for a holiday destination – this is where you’ll be travelling, studying, making friends and living for a substantial amount of time. Wherever you go is going to become your second home, and it’s not a decision to be taken lightly. Tessa is in her second year studying History at the University of Exeter, and has a confirmed place to study at the University of Ottawa in Canada this September. Here is her advice to help you research where to go.

The partnerships your university already has in place will limit you somewhat, but in most cases that means reducing your global options to 30 or so potential universities; so still plenty of thinking to be done! Having recently ‘been-there-and-done-that’ myself in terms of researching, I thought I’d make list of what I think are the most important factors to bear in mind when making the decision on where you want to spend your year abroad.

1. Distance
An obvious one, but also one to think about honestly with regards to your own personal limits and coping mechanisms when it comes to being far from home and family. Are you likely to want to come home, and if so, how often? The idea of studying abroad may be a one dominated by images of sipping coffee in Italian cafes or road-tripping to the Grand Canyon in Spring Break, but there’s also going to be plenty of times when you’re bored, lonely or cooped up with work and most likely missing home like hell. Think about how long you’re going to cope without seeing family, and perhaps compare it to your track record at your current university. Also, long-haul flights are not cheap, and outside of potentially coming back for Christmas or Easter, it’s worth thinking about what you’d do if there was a family emergency and you had to get back home quickly.

2. The location
Once you’ve chosen a country that appeals, it’s important to consider where are you actually going to be living. Is the university in a thriving, cultural city with plenty to do, or the middle of nowhere? There’s no point putting down Florida for the beaches if you’re actually going to be miles in from the coast. Countries like Australia are known for their stereotypes, of sandy beaches, constant sunshine and a laid-back attitude, but they’re also bloody big countries, with plenty of variation depending on where you’re going. You can’t rely just on Tripadvisor and Google images to gauge a feel for the place either; go on the hunt for lifestyle blogs and Instagram accounts that document life behind the scenes of the town or city your university is located in if you really want to get a flavour for where you’re going.

3. Language ability
More focusing in on the non-language students considering European universities, but it’s essential to consider if the course is taught in English, and, if that’s not the case, that you speak the language pretty darn well. I’m at about A level French standard, but the thought of writing a History essay on Napoleon’s political allegiances or some other historical event in French fills me with dread. Some Scandinavian universities teach courses in English which is great, but don’t be the idiot in my year who put down the University of Madrid despite not speaking a word of Spanish. Seriously. I wish I was kidding.

4. Travelling beyond
The most fun aspect to research, at least for me. What would you like to do in your holidays while abroad, and how accessible is your university to the places you’d like to visit? It’s worth looking at what’s nearby for just weekend trips out of town too, as you’re probably going to really be wanting to make the most of every spare day not studying.

5. Cost
Ah cost. We all like to forget how expensive these things turn out to be, caught up in the whole romance idea of study abroad. While study in Europe is free, and for the ROTW tuition fees are a paltry £1,350 (in comparison to the 9 grand we pay at home), even with maintenance loans and grants living expenses will add up quickly. If you’ve decided to take the plunge with the additional cost of a year’s study, do consider how to make things less costly. Are European options worth prioritising as you’ll have the added help of Erasmus grants? How much is accommodation going to be in a capital city versus a smaller town? Also bear in mind the exchange rate- Australia is shockingly expensive at the moment, and without a job (which a student visa might not cover) it’s going to be pricey. In comparison, the Canadian dollar is currently very weak to the pound, so it makes a relatively viable option.

6. The university itself
Again, research beyond Google images (Sydney is so so gorgeous but it’s also worth having a look at their actual website). Look at the courses on offer for your degree and at other courses too if, like at Exeter, you can take 25% of your modules in other subjects. As much as travel and living up life abroad is going to be a big part of your year, there is that little thing called ‘working towards your degree’, and university work is still going to be a hugely significant part of your life. A friend who went to a university near Melbourne had a fabulous time, but as it doesn’t have the best academic record she felt the facilities and academic assistance was a massive step down from Exeter. Don’t make the mistake of going for style over substance, and neglecting to check if you’ll enjoy the course content of the uni itself.

7. Extracurricular and social life
It might seem weird, but I was kinda bummed to learn that outside the UK most universities don’t really operate the huge student-led clubs and societies’ culture that we have here. Have a look at how their student union operates, and if there are any student groups you might be interested in joining. Is there a band that would have you? Do they play your sport out there, and at what level? Is your faith represented in a student group that you could be a part of?

8. Culture Clash
Now, I know this seems like a bit of an odd one, because for many people the whole point of going to live abroad is getting the chance to completely immerse yourself in a new environment, culture shock be damned. There’s always going to be differences and things to get used to in a new country – be it food, weather or local customs, but it’s also worth considering if anything might be too radically different for an entire year. If you identify as LGBT+ for instance, will your identity be readily accepted in your chosen country? If the local perspective is perhaps more sexist than you’re used, are going to be alright coping with the change in attitude?

9. Support
This one is related to looking realistically at the whole distance question, but it’s worth researching support available through the university if you need to. Is the disability access reasonable, and if you struggle with depression or anxiety, is there a decent welfare system in place that can back you up? It’s really worth checking these less-fun things out at the initial research stage.

10. Reviews from other students
This one I cannot stress enough. My university’s International Office has been well-meaningly helpful in terms of advice, but if I’m honest they’ve been nothing on the invaluable advice and tips I’ve received from students either currently abroad, or those who have just been. Your university might be able to put you in touch with these students, but if not, just Google blogs like this one. If you can get in touch with someone who has actually done a year where you’re interested in going, ask all the questions. You’re not being nosy or annoying, you’re being well-prepared, and for a decision as big as choosing where you’re going to live and study for an entire year, you can never be prepared enough!

11. Research
In my personal experience I did most of my study abroad location research over the Christmas holidays. I made up pros and cons lists based roughly on this list and talked about it with my parents until I’m sure they were sick to death of me. From the basic criteria of somewhere in the world English-speaking, I cut down all my options to 5. I was definitely interested in Australia, but it was pushed from the top spot when my parents told me in no certain terms that they wouldn’t be able to take the holiday to come and visit. That, and the idea of a January to December term system that I’d be arriving slap in middle of didn’t massively appeal. In the end it was the University of Ottawa that ticked all the important boxes for me, as a compact, cultural city, with a high-ranking academic university, in a part of the world I would love to explore.

Choosing where you want to spend your third year abroad is going to end up being a case of each to their own, and that’s part of the wonderful thing about it- there’s so much choice, there’s something for everyone. Just make sure it’s your decision, and that you’ve taken into account as much as you can.

(For more rambling advisory posts such as this one, as well as my experience of a year abroad in Canada, feel free to check out my Wordpress blog: Tess Takes on Canada.)