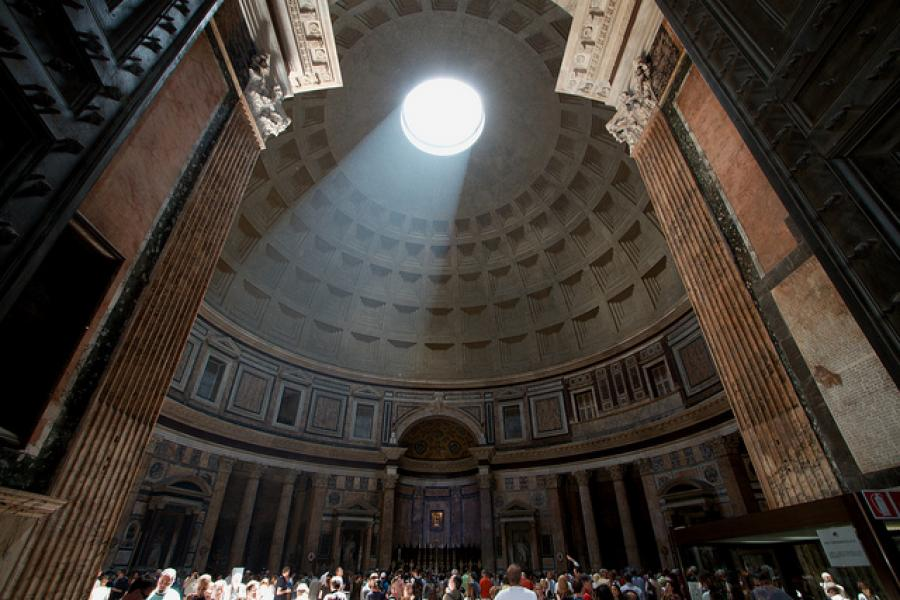 Rome Travel Journal Erasmus+
I always knew Erasmus was going to be mad. But I didn’t quite expect the events of the last few weeks. After the initial stress of moving all my stuff over and realising I had in fact forgotten the last two years of Italian teaching at Bath and was now back to “errr, posso errr avere una *shit what’s the word for stamp* por favour”. Nevertheless I grew some balls, got sorted at uni with an exciting time table of French theatre and Italian journalism and started to really get stuck in. It was when my Italian lecturer added me as a friend on Facebook that I first knew things were going to be a bit different here. Since then we’ve had transport strikes, power cuts, successions of praying Italians chanting down our street and of course have been beeped at walking down the street by anything from policemen to bus drivers.

Italy really is a different world. Much like Paris however, the year abroad experience is teaching me that on my travels, you really never know what’s round the corner and last Friday night taught me this more than anything. Going for a ‘few drinks’ was the first mistake of the night. You know if you declare it’ll only be a few then it will inevitably end up as an all night session. Four cocktails and two shots each later we were paninied (only true Michael Mcintyre fans will understand this little Italian-related anecdote). My flatmate Beau was doing her best to practise her Italian by explaining to two Sicilian men how she was looking to marry into the Mafia so if they knew anyone interested, to point them her way. It was at this point that our table was graced by the presence of the best part of the ‘Rugby Roma’ squad. What succeeded is a blur but from the major photographic evidence captured, it involved table dancing, bitch fights, me uttering the words “what can I get for four euros twenty” to the simple answer of “nothing”, and, of course, the unnecessary drunken meal of real.italian.pizza. Win! The next thing we know, we’re walking through the ‘Piazza Venezia’, heels in hand, at 6am in the morning, watching the sun come up and thinking to ourselves/shouting out for all to hear “this is the life!” Pity I didn’t feel as enthusiastic waking up four hours later with a cracking headache, two stolen shot glasses in my handbag and a text from my friend saying ‘are you alive?’.