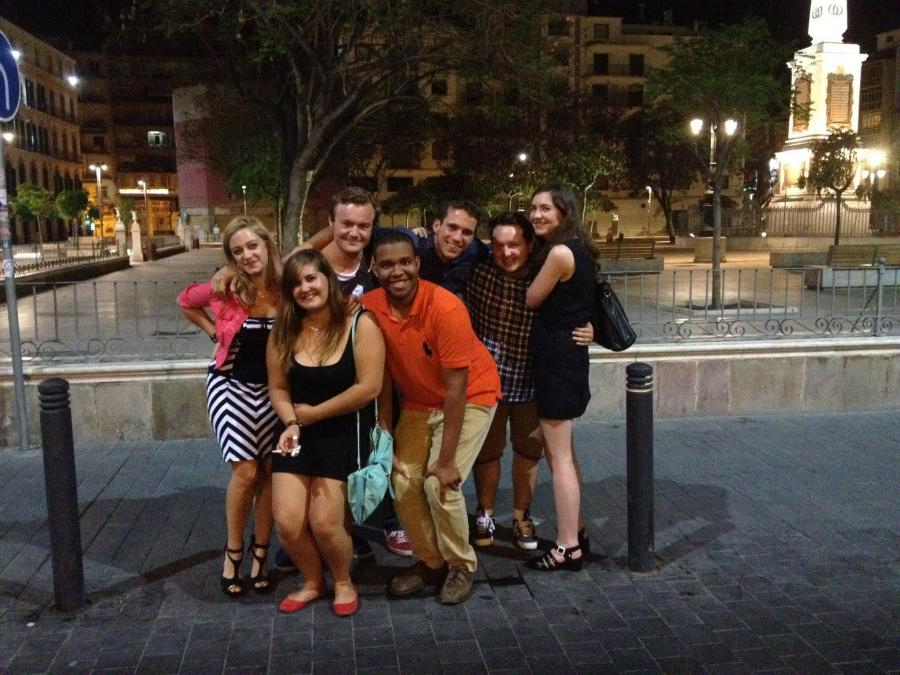 This article was written by Global Graduates, published on 4th August 2014 and has been read 25410 times.

Spain Teach abroad Language Assistant
Ahh Spain. It was bound to happen. All character building of course. Here’s how it went down.

It was Luc’s last night, June 5th, and we had all planned to go out that night as a big send off. I had been shopping in town earlier, and had brought my passport as ID for using my British debit card. I bought plane tickets home for a weekend to get my bridesmaid dress fitted for my friend’s wedding, and bought a new bag for a wedding I was going to in Spain later that month. I didn’t end up going home before we went out, which is quite normal. We got dinner, sat at Mañana for a while, then about 8 of us headed to Lakma, a gay bar which was always great fun.

It was empty as usual, save a couple of randoms at the bar. We danced to Run the World, Timber, and so much more, and we were having such a good time. Three guys came in and started trying to dance with us, as is the norm in Lakma. After turning down another dance from one of them, my friend Mikey and I went outside for some air, and I left my bag on a table with the rest of our friends’ bags/jumpers etc, which they were dancing next to.

After about 5 minutes, the three guys came out, one of whom had a coat draped over his arm in a rather suspect manner, and were shaking Mikey’s hand as they left. He asked them what was under it ; they said don’t worry about it, then ran away. I pretty much knew then what happened. I ran inside to check, and of course my new bag was gone. We both headed back and pegged it after them, but it was no use, they’d already run off, probably dumping the bag in a bin or something.

So, to sum up, the contents of my bag were:

My purse, with bank cards, EHIC, money, driving licence, student cards, National Insurance card, and NIE. My keys My new phone, which I’d bought to replace the phone stolen a month earlier at the Fuengirola Feria. Mine and Mikey’s tickets to a boat party that weekend. Now, I realise in the grand scheme of things that obviously isn’t the biggest loss here, but I was still pissed. And to top it all off, my passport.

Obviously the first thing I did was have a bit of a scream and shout in the street, whilst poor Mikey looked on, helpless. Poor bugger. I actually continued on with the night, save about half an hour of being grumpy/taking ill advised tequila shots, since there was nothing I could do until the morning.

The next day, Est and I went to the police station, as the first thing you need to do with a passport is NOT go to the consulate; they can’t help you without a denuncia, which is a police report. I was actually turned away the first time, as the officer on the door insisted I wasn’t allowed to have a report, since I wasn’t Spanish. This was all lies and you just have to be forceful. I made the full report, and the following week I went to the Consulate as soon as it opened, 9am, with my confirmation emails for my flights to and from England, my police report and a bank statement with my address on it, proving I had a NIE number. I paid €121 euros for the privilege of a temporary passport, but the people at the consulate were all very very helpful and sympathetic.

This was more difficult, my English student account with Natwest was fine, they sent out a new card straight away when I called them on Skype. However, Norwich and Peterborough, the bank I used to withdraw money free of charge overseas, have a policy which doesn’t allow a new card to be sent out unless you are actually in the country. Ridiculously unhelpful. Luckily Esther volunteered the use of her account, so I could transfer money to her account for her to withdraw, which is definitely the easiest method.
With my Spanish Sabadell card, I just went to the bank to withdraw money, taking my police report since I had literally no form of ID, and to cancel the card.

Just go to the NHS website to order a new card. Simples.

Turns out they don’t send out replacement cards. No problems with that.

Luckily for me, the landlord, it had turned out, had hidden keys for each of our rooms all around the flat, which the new Spanish roommate had revealed when she moved in, so I never needed to tell him I lost the keys. I borrowed Dayana’s house keys and the spare room key, and we went to a ferretería, basically a hardware shop. Each key cost €1.50 to cut. I had three keys. I love Spain.

Most phone providers in Spain with block and issue a replacement SIM for about €6, mine was with Movistar, the Tuenti sim. You just go into a store. However there’s nothing you can do about a phone except buy one, which luckily I didn’t have to do, as Mikey, gorgeous piece of man that he is, got a free phone with an upgrade to his contract, which he generously gave me.

Now you’re supposed to be able to do this on the internet, if you just go to gov.uk and search for “replace a lost/stolen licence”, and you fill in a form. However every time I did this it told me to call the DVLA. So I have to do that still.

You could just get insurance, then you’re just sitting pretty. I didn’t as I couldn’t afford it at the time, and luckily I could afford to replace things when it happened. But looking back on it, it would be worth borrowing the money for insurance if you can’t afford it, just in case something like this happens.

There you go. I hope this is of some use to whichever poor sod this happens to next. I was furious, but it is SO common on the Costa del Sol/Costa del Street Crime! that it’s pointless to beat yourself up about it.

Sue's daughter spent 9 months as a language assistant in Spain

by Interviewed by Chloe Hibbert
English