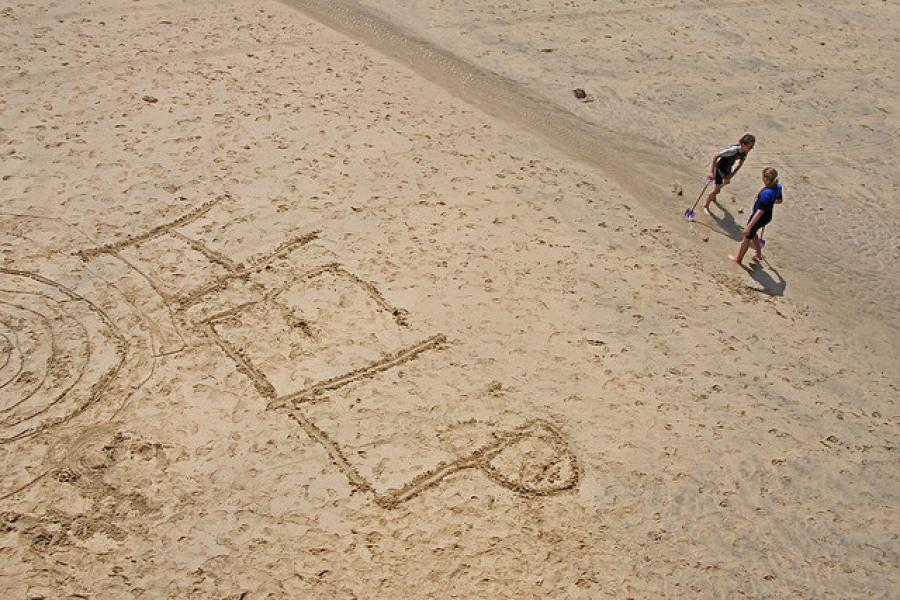 This article was written by Global Graduates, published on 19th May 2015 and has been read 6564 times.

We asked you to tell us what you wish you'd been told before you left for your international placement. The answers make for essential pre-departure reading!

"More information about what I could study. A clearer breakdown of the grading system...Take subjects that interest you, not what you think will help your language."

"That Erasmus funding payments are not necessarily made at the most useful times..."

"How teaching in a Lycée professionelle can be very challenging and the students are very different from those in the UK."

"Don't panic about renting a flat. Wait until you've met people, even if it means you're living in a hostel for a week."

"I wish I had been told to have the confidence to speak up if I wasn't happy in the workplace."

"How important the exams are and whether or not failing them has an impact on the rest of the degree."

"How to open a bank account and set up a mobile phone contract. Also that it is normal to pay 3 month's rent as a deposit, on top of a month's rent when getting a flat in Italy."

"That you can change placement if it is really bad."

"Bureaucracy tips. It's very challenging to have to deal with French bureaucracy, especially in your first couple of weeks when your language level is at its lowest."

"That some places aren't as organised as you might think and you will need a lot of patience to get the right paperwork completed."

"I wish I had been told to ensure I focused on my employability skills and CV in my second year."

"Consider every aspect of the year abroad when choosing a destination: quality of university, opportunities to practice the language and to travel, clubs and organisations to get involved in..."

"How to deal with the official side of registering being in a foreign country."

"How to dress when working in Paris."

2. One student wanted to have avoided an awkward misunderstanding!
"I wish I'd known that I was going to University College Utrecht, not the University of Utrecht!"

3. Many wish they'd taken advantage of all the opportunities on offer...
"It goes so, so fast so make the most of every weekend by travelling from the first few weeks. I only really started to explore at the end of my first term around Christmas and it meant that I missed out a number of cities on my bucket list."

"Say yes to everything, travel more and don't worry about making English friends."

"That it was very easy to travel between the village in which I was placed and the city in which I chose to live. I spent a lot of time worrying and almost dropped out because I thought I would be stuck in a small village with no way out and no one my age. Thankfully, I managed to get in touch with someone who had been in a similar position the year before and they reassured me that a commute was doable. I decided to chance it and realised that, while it can be a bit long (45 minutes to an hour), it is certainly easy and reliable enough, with lots of other people doing the same commute on the same bus."

"Your year abroad is actually closer to 16 months rather than just the academic year so get started early and make the most of it!"

4. ...or worried less about their language skills and culture shock...
"It is a lot more difficult to become fluent than you may think; people have very high expectations concerning their progress, but a few months in a country is not enough to speak like a native."

"It's alright to be a bit pushy. The French won't give you anything you need unless you push them!"

"Do not rely on your year abroad to improve your language skills."

"Making friends is key to your enjoyment of your time abroad and if you move to a small town or village where there is not a university it is going to be difficult to meet people."

"A year abroad is not enough to result in fluency in the target language, so don't be so concerned about still not knowing everything."

"You won't get better at your chosen language automatically by being in the host country - you have to really put the effort in to practice speaking if you want to improve."

"How very different the UK is to where I went - major culture shock."

"I wish I'd thought of (or been told to) make some sort of record of my foreign language skills at the beginning of the year so that I could compare that with the end of the year, and see the progress for myself. I would recommend that to anyone heading away this year."

"Live with native speakers even if it means living in a hostel for a couple of weeks."

"It will take a couple of months to get confident with the language so it's okay to leave any year abroad project until later (if you can). I was only able to read the secondary texts in Spanish with ease by January. If I had tried in September when I arrived, I'd only have stressed myself out."

"You shouldn't be upset when things aren't going as planned and you will have to make a lot of effort to speak the language, because it is not always the easiest to make friends with locals. It is still okay though, because you can still meet lots of great people, and the language will come too. So you should not be too hard on yourself if you're not speaking the language as much as you should. It's also important to feel good and have fun!"

5. ...but the vast majority wanted more emotional reassurance
"To not stress so much and take everything as it comes. Everything was far easier and better than I could have ever imagined!"

"It doesn't matter if it's not 'the best year of your life'."

"I would have liked an info session on mental health and maintaining good mental health abroad! I got depression and anxiety on my year abroad, partly cos of a side effect of some medication but also because I missed my family and it was difficult to be in a foreign environment. If I'd known the symptoms of depression I would have recognised it earlier and perhaps not get as bad as i did. (I'm ok now though :))."

"That it's okay to have 'off days' when you don't really feel like studying/talking the language at all. But if this becomes a regular thing then something is definitely wrong."

"Don't be afraid of the unknown."

"Know what's worth spending money on, and what's isn't. And be more confident."

"That the year abroad is not necessarily the best year of your life. And it's ok if you have a bad time, you won't be the only one. Being told this would've made me feel a lot less lonely and ungrateful for not enjoying my time abroad. As it turns out I had to wait until we got back to university and had a debriefing session until I found out that everyone else felt the same way."

"Relationships and friendships can survive the year if you put the effort in - I was terrified my boyfriend would feel abandoned, or friends wouldn't want to keep contact. But a little effort in contacting them once a day, or once a week, you can make it work."

"That it's hard work emotionally and that you are going to feel the most alone you have ever felt in your life, but that you just need to push through it."

"You might not enjoy all of it and you might not make friends. It's ok to spend time with other English people if you're really lonely."

"That it's okay not to love every moment of your year abroad. It is really hard. Some days you will feel like giving up, you will miss your family and friends immensely and you will want to get on the next plane back to the UK. Don't. Be proactive, travel where you can and make the most of what you have available to you. It's not every day you have the opportunity to be in another country and see its quirks, fun festivals and big events. Remember that for every day you want to cry, there will be another when you won't stop smiling. That's the year abroad."

"To enjoy every second and not worry about leaving my boyfriend in the UK - at that age, the world has so much to offer and you have the opportunity to embrace it, so do! I did, and it was the best year of my life so far."

"To keep participating and making friends even while homesick or feeling lost, especially in the crucial first few weeks."

"Have as much fun as possible!"

5. And, for some, the most difficult part was leaving!
"How much I would miss living abroad! And reverse culture shock..."

"It will all be fine in the end! You will not want to leave. Stop worrying so much."

What do YOU wish you'd known before you left to go abroad? Let us know!