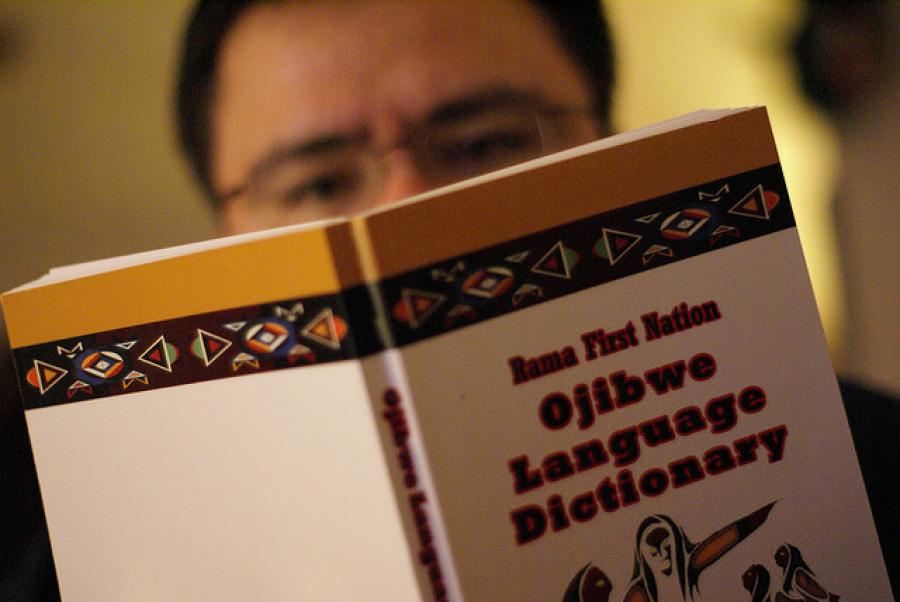 This article was written by Jennifer Benson, published on 28th April 2015 and has been read 4940 times.

Jenny Benson is spending her year abroad as a Language Assistant in Aix en Provence. After reading an article about learning another language, she started thinking about the nature of fluency. Here, she shares her thoughts... For this article and more from Jenny, check out her blog.

So I read an article today that really got me thinking about language as a whole and what is considered as as ‘fluency’. When does someone become fluent in a language? Does fluency even exist?

We could talk about how the word ‘fluent’ is just a word in itself. A word that is just a mix of these letters that humans have put a meaning on. When we hear this specific set of letters put together, we can associate it’s meaning to someone fully understanding a language but, really, it’s just a word. Then my brain starts to question the meaning of words, and how they derive and what they really mean since we are the ones who created them in the first place. But that’s for another day.

This article is written by a man, Timothy Doner, who developed a deep passion for learning languages at a rather young age and has managed to learn 20 of them (to varying levels I assume). He touches on the fact that the idea of the word ‘fluency’ is perhaps problematic:

"But then I realised that you can be nominally fluent in a language and still struggle to understand parts of it. English is my first language, but what I really spoke was a hybrid of teenage slang and Manhattan-ese. When I listen to my father, a lawyer, talk to other lawyers, his words sound as foreign to me as Finnish."

This small part of his article has really stuck with me through out the day and I’ve developed some theories of my own.

I believe the meaning that we have put behind the word ‘fluency’ is, indeed, problematic. I mean, does ‘fluency’ actually exist? Like Doner mentions, despite the fact we can speak the language, we can’t necessarily express our thoughts on every topic or understand everything an English-speaker says. My studies are based on sociology and business, of which I can have a deep conversation about. However, I couldn’t talk to someone for even thirty minutes about certain rather simple topics, like law for example.

As soon as someone starts to talk deeply about a case in court or something along those lines, I just don’t have the vocabulary to follow the conversation. This is simply because I never watch criminal TV series or movies or read criminal novels since this topic just doesn’t interest me at all, despite it being a relatively simple topic to follow. This means I’ve had no real access to the vocabulary in this field, meaning it’s just as alien to me as another language where there are holes in vocabulary.

Now, after studying French for so long and immersing myself as much as possible in to the language, I feel very comfortable with my level of French. I know I have a great level of French in which I can communicate my ideas most of the time. So am I fluent? By the standardised guidelines stated below, I do not.

In Europe, we have a standardised framework (CEFR for Languages) for the level of languages achieved:

However, just because I receive a certificate telling me I’m a certain level in a language, does that really convey the true extent of how I can express myself in that language? What if the exam paper for the exam was on something that I have no interest in and therefore would struggle to discuss in my native language? Is it fair to base my knowledge on a language on one topic that I may or may not be able to convey myself in even my mother tongue?

I know I can speak for hours to my French friends and yes, sometimes I get stuck on certain things, and I make grammatical errors, but when I think about it, I do that in English all the time. Sometimes when I write in English, I have mind-blocks on the correct past tense. Sometimes I rely on my computer to tell me the correct spelling and (too often) I have to use thesaurus.com to remind me of ways I can phrase things differently. So, since I have to do all of the above for French, does that mean I am ‘fluent’ in both or in neither?

Also, when I am speaking or writing English, after almost eight months of half of my time being spent speaking/writing/thinking in French, I can only think of certain things in French. I can’t translate them to English, and French conveys my idea better, so I have to dumb down my English a little, meaning I’m not fully conveying what I’m thinking. What does this mean?

In certain parts of Britain, and most certainly in other parts of the world, I have to ask someone to repeat themselves quite often. Even my American friends have to ask me to repeat myself in English. So why do language learners feel so down about having to ask someone to repeat themselves in a language they’re learning? I know I beat myself up when I don’t understand someone the first time they say something in French, and I begin to question my ability. But really, this happens in English so often. People can speak too quietly, or too unclearly for you to hear. Or, they could have an accent that your ears just aren’t accustomed to hearing. This doesn’t mean you don’t understand the language, it’s just different ways of expression that you’re not used to yet.

To conclude my thoughts, I think the idea of fluency is precarious. Yes, there are exams that we can sit that give us a general idea of our level, but if I can talk for hours about certain things in a language, the things that interest me, then I don’t see a huge difference in my level of French and my mother tongue, English.

Also, the end goal of anyone learning a language, for the most part, is to become ‘fluent’. A problem that all language learners face is feeling like there is always so much more we could be doing, so much more vocabulary we can learn. The real question is, where does it end? Does it even end? I don’t believe so. I believe ‘fluency’ is where you are comfortable enough to speak in a language without the over-processing of grammar and vocabulary in your head. Indeed, there will be some, but once you’re not overthinking absolutely everything, and you can comfortably chat to someone, you’re pretty much fluent. You don’t need to talk about the ins and outs of climate change or the science of the brain every day.

It’s a very interesting topic and I’d love to hear some of your ideas and wether you agree with anything I’ve said, or more importantly, if you don’t agree with me.

If I want to work in the foreign office, is one language enough?

Hi there,I don't think it's about how many languages you know; they look at your complete range of "competencies". I understand that having a foreign language is not a requirement for some FCO roles,...

Tilly is a Project Manager at a Language Versioning Agency

Lauren is a Political Attaché at the Dutch Embassy