Home Articles A Week in the Life: My first week as a stagiaire
Share
Tweet
Write for us

A Week in the Life: My first week as a stagiaire 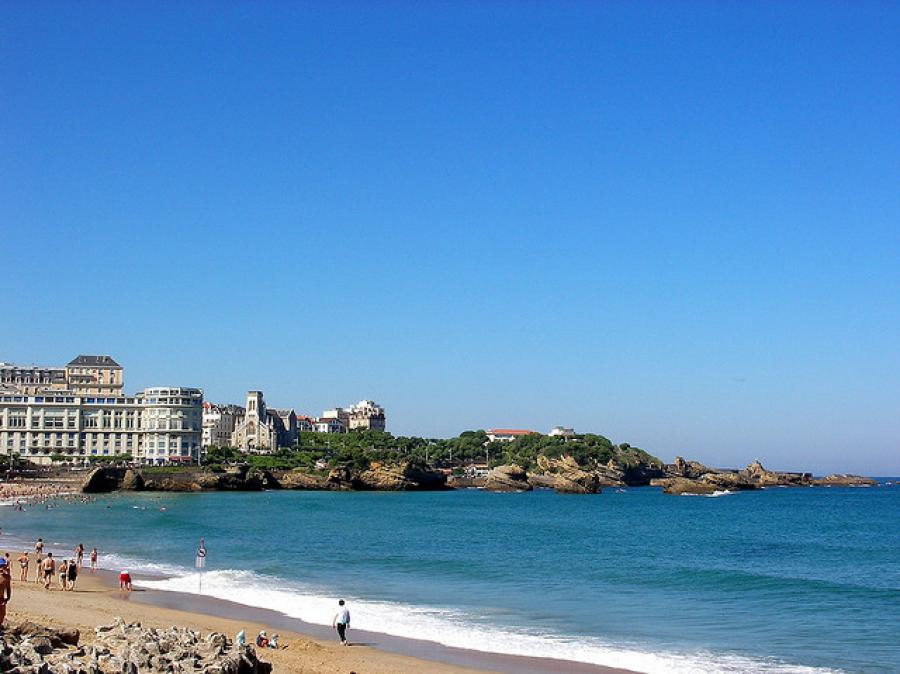 This article was written by Rachel Farmer, published on 23rd March 2014 and has been read 5784 times.

Work Abroad Careers Internships Bristol Uni Biarritz Week in the Life
Rachel is studying French and German at the University of Bristol, and is currently spending the second part of her year abroad working as a translation intern in Biarritz in the south of France. Here is an account of her first week there, which is especially useful if you are about to begin a placement yourself or are trying to decide what to do on your year abroad...

So this is it! Tomorrow’s the day I start my work placement as a translator in France! I’ve spent the last three days driving down from Germany, where I’ve just spent six months as a Language Assistant, and only arrived in Biarritz (my new home) this evening. It’s currently very grey and tipping with rain, which I find disproportionately disappointing. Isn’t it supposed to always be sunny in the south of France?

I’m not sure what to expect from this job, and as I think about it I’m suddenly filled with dread. What if I’m a terrible translator? What if all the French I’ve ever learnt has fallen out of my ears over the last six months? What if I hate it here??? Stress and panic all round.

I made it! My first day of work is officially over! I don’t know what I was so worried about. I was a little nervous about meeting my boss (and totally unsure about what to wear! Should I err on the side of smart or casual?), but when she arrived to pick me up this morning it was totally fine. She was so friendly, making an effort to put me at ease. She even offered to speak French to me (even though she’s Australian) to give me some practice. Shame all I could think of was German words…

When we got to the office, she gave me some sample translations to test my skills. The oh-no-what-if-I’m-terrible-at-this dread started to re-surface, but soon I was distracted by the task at hand. Who knew translation could be so interesting? There were extracts from film scripts, adverts and director profiles – much more interesting than the stuff we get given at uni! (Sorry, Bristol!)

Overall, I’m counting today as a success. Sure, I was a little startled by the amount of cheek-kissing the French deem appropriate (hint: a lot), I didn’t quite work out how to use the coffee machine (despite being told about five times), and I was starving hungry all morning (it took a lot of concentration to stop my tummy rumbling the whole time). But, I survived! And I’m actually looking forward to getting up to go to work tomorrow. It’s a miracle!

Today I went to work on the back of my boss’s moped! Scary. (Well, probably not for anyone who’s ridden a moped before, but for me it was!) On arriving in the office (and after all the kissing, obviously), I was set the task of arranging the interviews for next year’s interns. It was interesting to be on this side of proceedings, particularly since I applied to ridiculous numbers of placements before finding this one (bad memories). I took the opportunity at lunchtime to buy enough snacks to feed a small army, so there should be no more embarrassing tummy-rumbling from now on (I hope!).

This evening I spent some time with my flatmate and her three-year-old son. While living with a three-year-old might not be most people’s number one choice of accommodation for their year abroad, I was lucky enough to have this place arranged for me, and being the disorganised last-minuter that I am, the opportunity was too good to pass up. Alternatively, for those without such a helpful boss, there is always collocation.fr.

I tried and failed to find the bus this morning and ended up getting soaked! Lesson learned – check bus stop location (and direction of bus) in good time!
Today I was given the task to write the English subtitles for a documentary about the winner of some French singing competition. Now that’s something I never thought I would say! It was fun, but also pretty difficult to understand what they were saying well enough to write down an accurate translation, especially since my French listening skills are pretty rusty. Why do the French speak so fast???

Sun! At last! AND I found the bus. Today was a good day.

I worked some more on the documentary, and am starting to get into the flow of listening to the French people talk. Sometimes I’m even able to understand and translate what they say on the first try! Progress. I’m also learning some interesting vocabulary, like foutre la bordelle, and un truc de fou – definitely ones for the oral exam next year... I had another go at speaking to the other people in the office at lunch today, and really tried to extend our interactions beyond the monosyllabic. I found it easiest to corner them on their own in the kitchen area where I could talk to them one-on-one rather than having the awkwardness of a whole room listening to my stilted French. I’m definitely still slipping the odd German word in, but hopefully they’ll just think it’s a fun little quirk!

I’ve done it! A whole week at my new proper job in France! I haven’t collapsed from exhaustion, I haven’t embarrassed myself too catastrophically, and my boss seems to think my translation work is pretty good. Hooray! Today I finished up the documentary and started work on a book about architecture and design, which seems quite interesting. I love how the work here is so varied, and I get the impression there’s always loads to do so I’ll never be bored.

The one thing I haven’t managed to do is find any friends. This will definitely be my task for the weekend. I plan to find the university in Biarritz and try and find a language-tandem partner (or five), and hopefully find a church and some music groups. But one thing at a time. I’ve survived my first week of full-time work, so I think I can give myself a break for now. Bring on the next four months!

1. Bring snacks. Seriously, do it.

3. Smile. Smile smile smile. It makes people forgive you for not speaking much and/or constantly asking them to repeat things. Besides, it makes them more likely to talk to you, which, after all, is the whole point!

Internships and the year abroad

by Karl Langton
Living and working in Germany