Home Articles Volunteering at the X Games - the benefit of being bilingual!
Share
Tweet
Write for us 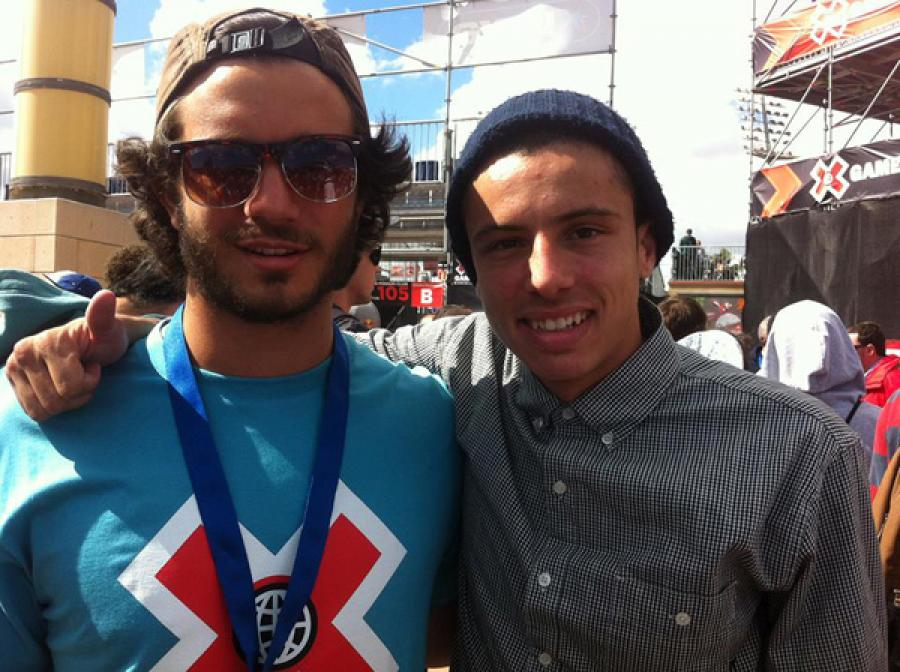 This article was written by elliott waring, published on 20th May 2013 and has been read 4930 times.

Elliott Waring is studying Spanish and PR at Leeds Beckett and is on his year abroad in Barcelona. You can follow his blog about his experiences, but in the meantime here is an excerpt about his volunteering experience at the X Games and how being bilingual is giving him more opportunities.

The X Games
This weekend Barcelona played host to the international expansion of the X Games; the largest extreme sports competition in the world. Created in 1995 by the American television channel ESPN, the X Games has grown to be one of the highlights in the extreme sports calendar with a summer and winter edition taking place annually. This year the X Games began its international expansion with the winter and summer events taking place/to take place in 6 cities: Aspen (Colorado), Tignes (France), Foz do Iguaçu (Brazil), Barcelona (Spain), Munich (Germany), Los Angeles (California).

A bilingual opportunity
A couple of months ago while browsing the social media stratosphere I came across a volunteer application form which I immediately filled in. I was required to fill in all sorts of details ranging from education and languages spoken to outside interests and reasons for wanting to take part. A couple a months later I received an email saying that I had been advanced to interview process during which I had to attend a generic meeting with an auditorium full of other hopeful volunteers followed by a formal interview. Thanks to my current availability (every single day is free) and (assuming) the fact I speak native English and Spanish, I was accepted.

I later received an email saying I had been assigned to work as “ESPN photo assistant”. I didn’t actually have any idea what this entailed at the time but I was pretty stoked seeing the words 'ESPN' and 'congratulations' in an email from the X Games.

A week before the games began I received a further email inviting me to a training day the day before the games were to commence. When I arrived and signed in I was handed a package with 3 t-shirts, a hoody and my accreditation: 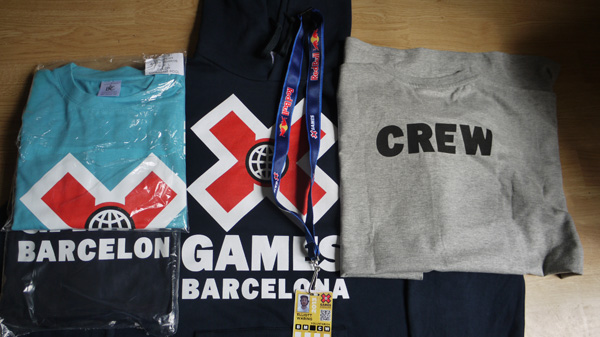 First they explained what my role would involve, and then they informed me that thanks to my role, I would have almost unlimited access in all areas of the games, bar the athletes' lounge and VIP area. I was then introduced to the photographer to whom I had been assigned, coincidently an English guy from Portsmouth who travels the world shooting for ESPN. The rest of the photographers were Gringos (Americans). It was becoming apparent that my English/Spanish communication skills had been a major contributing factor in the role selection process. I was required to speak Spanish within the volunteer organisation but speak English with the Photographers and press that I worked with.

The first day of the games was pretty exciting - arriving at “work” knowing I was going to get the chance to see some of the biggest names in not only skateboarding but bmx, moto x and rally cross in the flesh. The chances of actually seeing these skaters, riders and drivers was dramatically increased given that the athletes lounge was next door to the ESPN photographers' office, to which I was to report to. At first I didn’t realise the magnitude of this good fortune until I passed Steve Caballero and Tony Hawk in the corridor, followed by Ken Block.

The first day continued and I walked round the site with Nick (my photographer), going into the media only zones, onto the park/course, pretty much all the best places. Right from the off Nick had said that he wouldn’t actually need that much help and would rather that I gained something from the experience. The first couple of days he said to just do my own thing and if he needed anything he would let me know, which he didn’t. I made full use of the access that was available and watched the skateboarding street league, park eliminations and the vert final which was set on the swimming pool on Montjuic. The view was absolutely incredible: 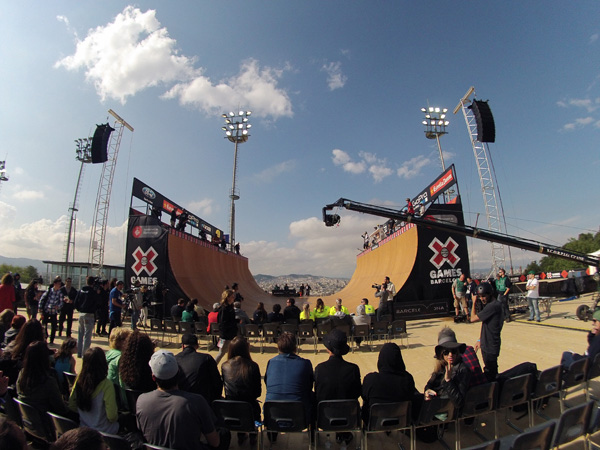 The following day was just as relaxed allowing me to enjoy everything on offer as well as being shown the best positions to shoot moto x track side which was pretty interesting. During the time spent with Nick we discussed various things which resulted in me receiving an email that evening from the director of ESPN images outlining a shot list for the next day. Now I don’t claim to be a photographer, I do like taking pictures and have learnt a lot from living with a photographer and a graphic designer but I would like to learn a lot more.

The shot list was to include pictures of the public with the main sponsors' advertising (Ford, Red Bull, Go Pro) in shot to use in a lifestyle gallery. Having a task to do was quite nice as I felt slightly less guilty for standing in the press box watching the finals while the majority of volunteers were left to watch on a screen in the “volunteers' hub”. 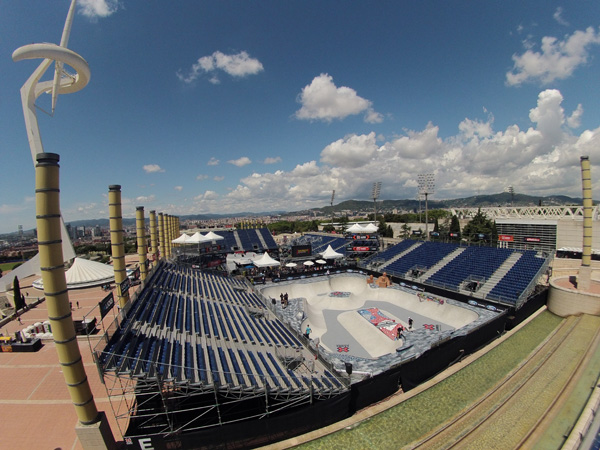 There is, however, some unrest within the (enormous) skateboarding community in Barcelona due to the fact that the Barcelona Ayuntmiento (council /police) still fine people for skating in the streets, fines that can reach €1,500. On Saturday there was a demonstration in Placa Universitat which I was unfortunately not able to attend, however there was a banner from the crowds that read “Fining what you are promoting? Barcelona isn’t ready”. 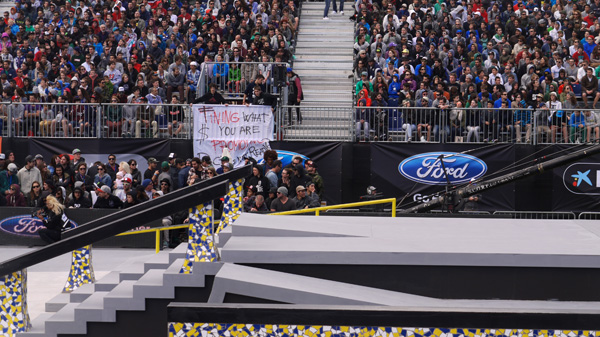 I couldn’t agree more and I’m not really into the commercialised, money driven industry of modern skateboarding but I wasn’t going to say no to the opportunity to go to every event for free and make some media industry contacts was I?

Further benefits of language skills
This isn’t the first time that having a second language has helped me on my year abroad. Apart from the obvious benefits of being able to speak to locals and feel confident in my environment I have had no problems finding internships or jobs during the downturn. It seems having native @English and a further language is extremely desirable within an international corporation such as the X Games or ESPN and I hope that the contacts I have made this weekend will prove useful in the future. After all, it’s who you know, not what you know (to an extent).