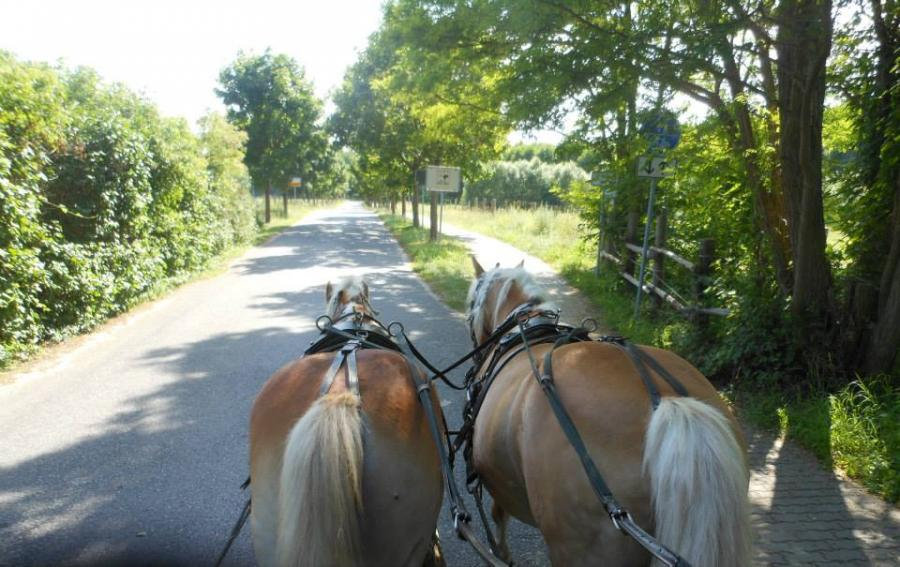 This article was written by Helen Parkinson from Lancaster University, published on 25th June 2014 and has been read 4456 times.

Helen is a second year student of French and German at Lancaster University, and is an aspiring journalist. She will be splitting her year studying abroad in Geneva and teaching English with the British Council in Austria. She says "Last summer I did a 'help exchange' in Brandenburg, Germany, to improve my German and get me prepared for my year abroad. A help exchange, which is similar to the WWOOF scheme, involves staying with a host family and working for them for an arranged number of hours each day in return for food and board: a cost-effective way of immersing yourself in another culture and not just learning 'textbook phrases'. It would be especially pertinent for a first year student who is nervous about the year abroad and wants a taste of what their third year will entail."

1. How volunteering can give your language skills a helping hand

It’s not even ice cream weather yet but already it feels as though all of your course mates have made exciting plans for the summer holiday. Au pairing remains one of the most popular summer activities among language students, but if the idea of caring for anything more demanding than your pet goldfish isn’t appealing then a Help Exchange (HelpX) might be for you. In need of a first taste of the fabled year abroad, I found myself volunteering as a HelpXer at a riding stables in Brandenburg, north-east Germany, last summer.

2. What is a HelpX and how does it work?

HelpX is an online listing of host organic farms, non-organic farms, farmstays, homestays, ranches, lodges, B&Bs, backpackers hostels and even sailing boats who invite volunteer helpers to stay with them short-term in exchange for food and accommodation.The concept is simple: Hosts, who are often owners of farms but can equally be city-dwellers, advertise for HelpXers on the HelpX website, which acts a central party for organising exchanges. HelpXers work each day for their host for a pre-arranged time, receiving accommodation and meals for their trouble but usually no pay. Jobs vary greatly from host to host: Some require cleaning or construction work to be done, while others ask for assistance with more whacky tasks such as llama trekking and yoga classes (not both at the same time, although that would make for an interesting tale!) You may be asked whether you have previous experience in a certain area, but many hosts are happy for you to learn as you go along. I was lucky enough to have the opportunity to try carriage driving for the first time auf Deutsch, no less. Hosts are located in countries as diverse as Iceland and Indonesia, so why not improve your French in the Caribbean or practise Spanish in South America?

3. What are the benefits to linguists?

You’d have to try extremely hard not to improve your skills in your chosen language when you’re surrounded by that language all day long. To say that my knowledge of German was limited when I left would be an understatement, but when the time came to return to the UK it was a challenge to speak English! And while equestrian jargon such as Sattel (saddle) and Steigbügel (stirrup) probably won’t go down very well in my next German oral exam, who knows when they might come in handy in the future?

In many cases the HelpXer lives in the family home, meaning that you get a taste of what life is really like in that country instead of being wrapped up in an Anglicised comfort blanket at a hotel. That said, be aware that some hosts offer more (quite literally) down-to-earth accommodation than others in the form of tents and sleeping bags rather than five-star luxury.

A lot of hosts take on more than one HelpXer at any one time, so if you’re lucky you may get the chance to learn or practise an extra language from your foreign co-workers. Even better, my fellow HelpXers hailed from Germany, so as well as doubling as walking English-German dictionaries (the poor things) it was really interesting to meet and hear from Germans of my own age.

4. What I wish I knew before I went

I would strongly recommend that you and your hosts draw up some sort of contract together, no matter how basic, confirming how many hours you will be working and what jobs you will be doing, which will avoid any conflict which may arise from this. In addition, be sure that you are completely honest and realistic about your language ability and that your host is aware how well you can speak it, too. Although exaggerated hand gestures will undoubtedly come in handy at some point during your visit, if your knowledge of your host country’s language is not very good then consider staying with a host who speaks English to save any confusion.

If you’ve read this article and liked what you’ve heard about the scheme, check out the HelpX website and see which of the hundreds of waiting hosts you would like to lend a helping hand. A HelpX really is the perfect opportunity to learn not just how to speak like a native but also how to live like one, too!