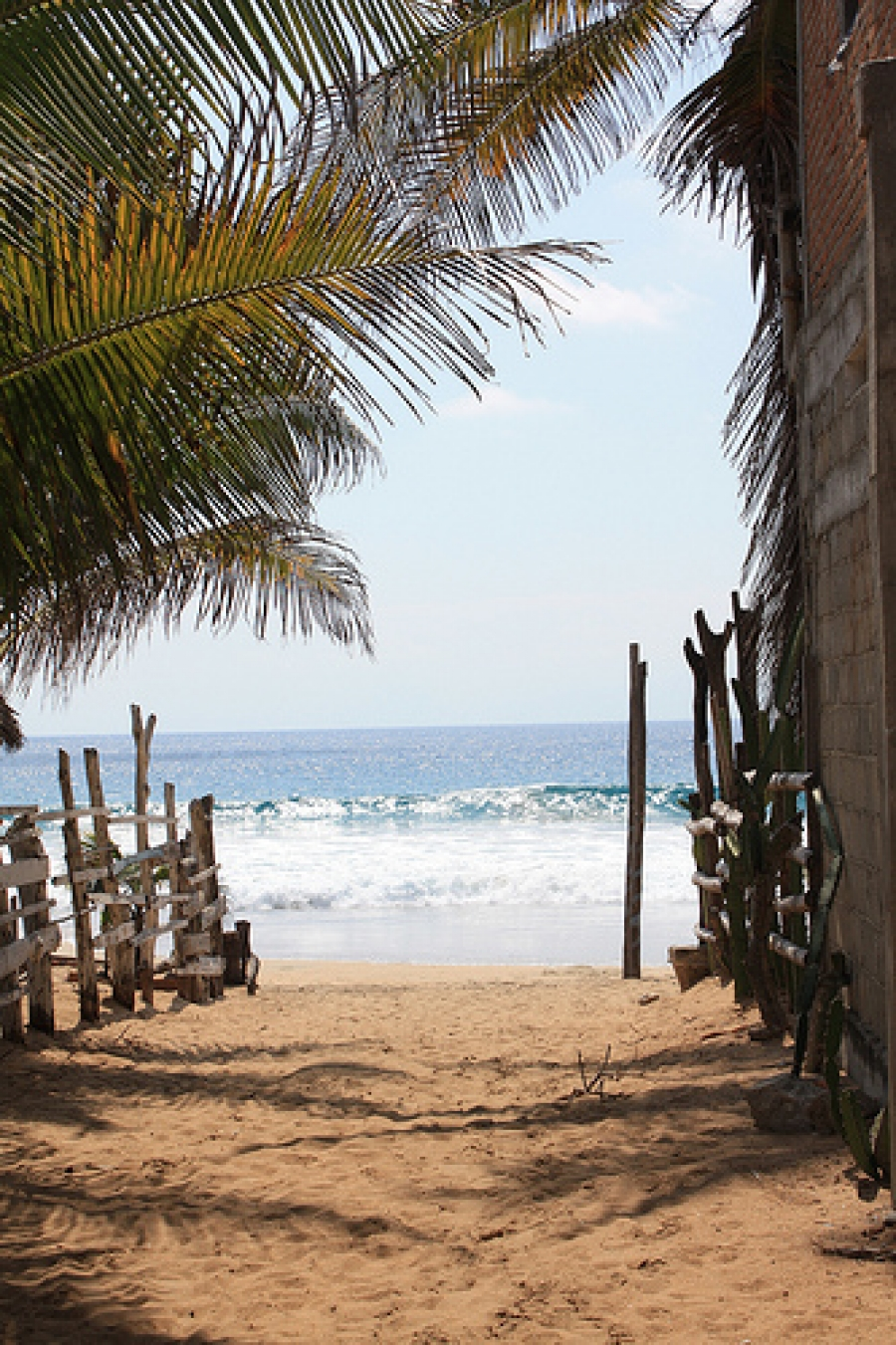 This article was written by Daniel Dawes, published on 21st July 2010 and has been read 3861 times.

Daniel Dawes volunteered in Mexico, around the Oaxacan coast and the Yucatán. He worked with H.E.L.P and gives us his account of how it went, what he helped out with and what he got out of itWhen? Summer 2003What? H.E.L.P (Humanitarian Educational Long term Project)Where? Mexico (Puerto Escondido, Oaxaca, Zipolite, San Cristobal de las Casas, Palenque, Tulum, Mérida, Mexico City)

What did I do?
I studied Mechanical Engineering at Aberdeen University. I now work as an Engineer for a company in Norway. During my degree I went out to Mexico to work on a Humanitarian Educational Long term Project. I worked as a Coordinator of fundraising and construction project on the Pacific coast of Mexico. Whilst there, we built latrines for underprivileged people and a temascal (steam house) used for alternative healing. The placement was organised by my home university. I went with H.E.L.P Charity - Humanitarian Educational Long term Projects. University students made up the committee each year assisting with fundraising and holding selection days.
Did you have any problems while you were out there?
A bit of harassment from some drunken locals in Puerto Escondido. I also had an issue when I couldn’t get my credit card to give me cash, RBS did not recognise I was in Mexico, despite warning them beforehand! I also ran out of money near the end, a result of bad money management resulting in me ending up weighing 10 stone and living off a staple diet of bananas and bread! At first, I struggled a bit with the language, but I spent 4 initial weeks on a ranch in the middle of nowhere with only Latin American guys who didn’t speak English, so I picked up a bit there. I had a little phrase book which also helped. A phrase book is a must if you are somewhere where you speak little or none of the local language!
How do you think your time abroad has benefited you for the future?
I got a look at another culture, it opened my eyes to new music and dancing, I experienced life in a better climate and the different work ethic they have in Mexico. In a cheesy way, I suppose it makes you more rounded as a person, more educated in your views, it is definitely a must do experience.Would you recommend what you did? Yes, without a doubt - you have to go see how others live, how different climates dictate working hours (siestas), how people live with less income (in Third World countries, for example) and how social interaction plays a major role when there is little else... You learn to make the most of what you have, with little funds for entertainment like you would have in the UK, by doing loads of fun free stuff and enjoying your mates’ company.

What to do for the French part of my Year Abroad?

I don't know if it's too short for what you were thinking of, but to get a bit of time in France during the summer after my year abroad I did a volunteering work camp/chantier with APARE. They're mos...