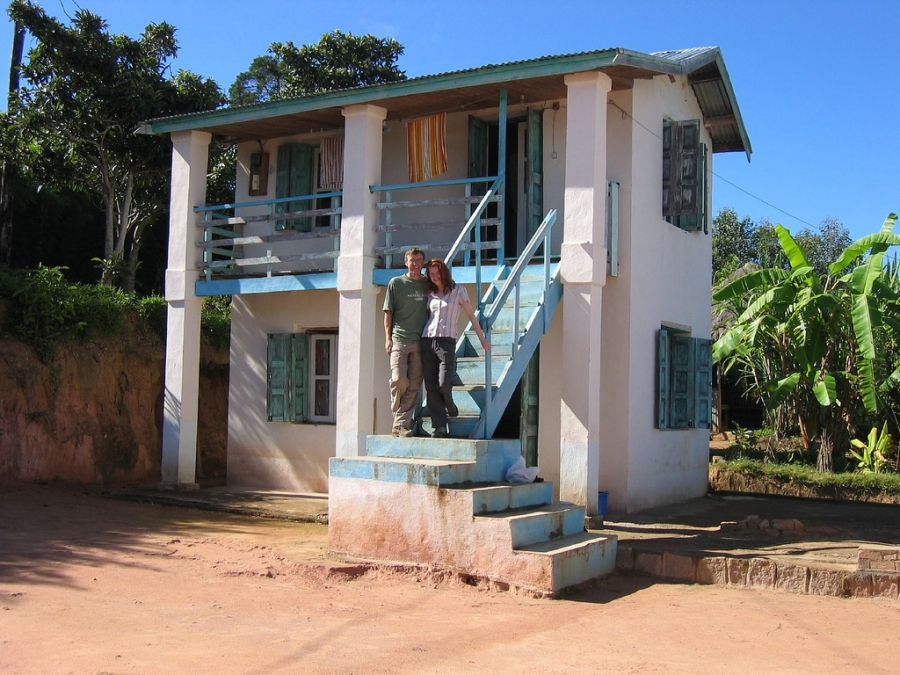 This article was written by Alice Genge, published on 18th March 2010 and has been read 12328 times.

Alice, who studied French, Russian and Arabic at Durham University, lets us know about volunteering, fascinating facts about Antananarivo, what not to miss, what to take with you and what to leave behind, what to do in case of emergency, and how to keep in touch with home.

When? August 2007 – December 2007
What? The Dodwell Trust
Where? Antananarivo, Madagascar

What did I do?
I spent four months working as a volunteer English teacher for the Dodwell Trust. This was set up twelve years ago by Madagascar aficionado, Christina Dodwell after she visited the island whilst researching one of her books. It is a small charity, therefore the costs are not huge and most of the money that the volunteers pay goes directly back into the projects. The costs include accommodation, transfers to and from your placements, teaching materials and a daily food allowance. I had four different placements over the time I was in Madagascar, with teaching groups varying from children age 4 to English teachers aged over 50. I taught approximately 25 hours per week, with some occasional private tuition on the side, which we would teach in our garden. The flight costs are generally fairly high, as it has been relatively untouched by tourism. Therefore I would recommend a stay of a few months to make the costs worthwhile. You will also have the opportunity to visit more of this beautiful island. It is an ex-French colony, and most people do still speak French. If you want further practice, you can easily organise French lessons with the Alliance Française, which cater for all abilities. Arriving in Madagascar can be a massive culture shock especially if, like me, you have never been to a third world country before. As one of the poorest countries in the world, you would expect the people to be very deprived. There are many people who do struggle, however as the country in general is poor and not just the people; there is less of a divide between the extremely rich and the extremely poor. I had an absolutely amazing time there and was really touched by all the experiences that I had, the people I met and the incredible places that I saw. This island is truly unique and I would highly recommend it!

Not to be missed

Advice for parents
Timezone is GMT +3
Dialling code is +261
Use Telesavers to call. Occasionally there is a delay in the conversation, but you get used to it quite quickly, and it is significantly cheaper than calling from a landline.

Communications
Buy a Malagasy SIM card as soon as you arrive, even just for a short stay: they are very cheap and not only will it be much easier to keep in touch with your many new friends in Madagascar, but also it’s cheaper to text home! There are not many internet cafes: outside the capital they can be quite expensive and fairly slow.

Your year abroad is eighteen months, not nine! Make the most of your summer holidays!