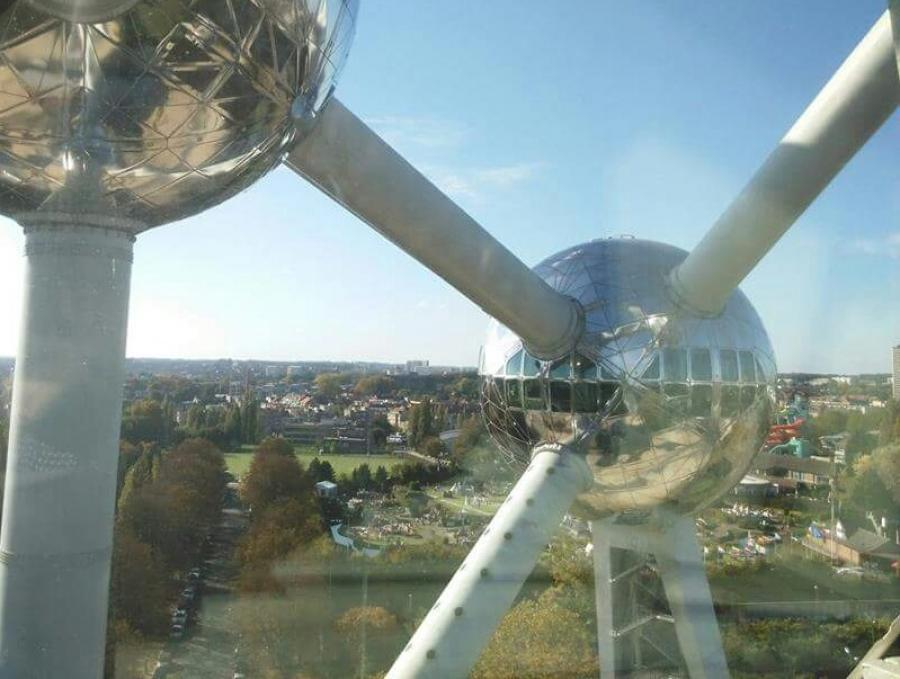 This article was written by Rensa Gaunt, published on 11th March 2015 and has been read 3589 times.

Rensa Gaunt is on her gap year, and is currently volunteering in a children's home in Belgium through the European Voluntary Service, using her A-level French. Here she tells us about what you can expect from a year abroad pre-degree - to find out more about her experiences, check out her blog, A Linguist Abroad.

My story is perhaps a bit atypical for a website aimed at third-year students, as I am yet to start university - this means that the linguistic aspect of my stay is especially tough from my perspective, as my target language skills were a lot lower on arrival than with most year-abroaders. I am spending the year volunteering in a project near Liège, in French-speaking Belgium, before heading back to the UK to study languages. For those of you who are wondering if it is feasible, here is my progress so far!

Pre-arrival
My French and German skills were both relatively good, both A-level standard, which is B2 on the European Framework. If anything, my German was slightly stronger, but I could have conversations with other students in both languages quite easily, and was able to understand language on familiar topics, if spoken at a reasonable pace. At the time, I had no idea about whether this would be enough, or whether I should brush up on certain areas, so I arrived relatively unprepared.

On arrival (early September)
Within the first five minutes, it become very apparent to me that I had no useful vocabulary! Sure, my A levels taught me to debate issues such as climate change and the prison system, but during my 7 years of French classes, I managed to miss essential words like 'plate' or 'cutlery'. Oops..

I had been complimented for my French accent in sixth form, which makes it all the more surprising that no one seemed to understand me at all, and in turn, I understood almost nothing of what they were saying. This meant that I ended up helping mostly with tasks like cooking and washing up, while I got used to the language. I later found out that some of the teenagers in my project had been using this opportunity to slip 'des gros mots' (swearwords) into their speech when addressing me - I had never even thought to look them up! Needless to say, I would recommend at least knowing common words, if only so you recognise them when they are used around you.

Late September
I had just started French classes, and I found it very difficult to listen to native French for a full 3 hours like that, which made me wonder if I hadn't bitten off more than I could chew. There are other volunteers working for the same organisation who had little to no French ability at the time, which is undoubtably more difficult, but as I already could (theoretically) get by, I feel like there was a much higher expectation of me. Either way, as I actually live on site, in a studio apartment in the children's home, having to concentrate all day to understand what was going on around me left me regularly tired and quite willing to stay in my bedroom in my free time, rather than come out and socialise.

I made friends with some other volunteers and students from the French class, so I was basically speaking French almost all of the time, especially as few people speak any intelligible English here. I would recommend this approach, although it is initially very tiring, because it gets your language skills up very quickly. Some things were too difficult for me, though, like the staff meetings, the first of which seemed to be an exercise in not falling asleep, as I understood almost nothing, and it lasted 3-4 hours!

Late October
My mother came to visit me and we spent the weekend together in Brussels. I had been missing her quite a lot, as me moving to Belgium was the first time I had ever moved house or spent more than a week away from my family - I can't imagine how anybody managed in the pre-Skype era! While translating and ordering for us over the weekend, I noticed that my French had improved since I first arrived, and I started to differentiate between different accents in French, which I hadn't been able to do before.

I tried my hand at speaking German to some of the other volunteers at a volunteering seminar, and I found that German had got slightly more difficult for me since September, which I was not expecting.

Christmas
I visited my family for the holidays, which did me the world of good. Living abroad is by no means impossible, but it is always nice to visit home and feel like you belong. I noticed myself using a few French constructions in English, like saying "in fact", a literal translation of "en fait", which means "actually". This means that my English sounds a bit unnatural, to say the least! Finally, French was getting easier for me, but at what cost?

January
I had got to the point of understanding a lot of what was said, but not talking very much, which is partly to do with my character, but also because holding people's interest is challenging. As I have already said, people were, and still are, less patient with me than they might be with other non-Francophones, because I 'already' speak French quite well, and I found that that means every conversation takes a considerable amount of effort, because you effectively have to respond as quickly and as relevantly as normal French speakers. Not easy at all!

Staff meetings still took a lot of concentration at this point, as everyone talks over each other, but the work was getting easier. I was getting used to the routine and communication was improving, possibly due to the fact that my French classes had been going well - my mind was working mostly in French, if I knew the right vocabulary, and as a result there were some gaps in my English when speaking spontaneously.

My German comprehension was reasonably good, but my speech was littered with French words, which was a completely new experience for me. German was always much easier for me, so I had to get used to my sentences being rather basic. If nothing else, this served as constant motivation for me to keep up with my language practice, as not being able to express yourself, when you know you could have done exactly that a short while ago, is highly frustrating!

March (time of writing)
Just over 6 months in, I can express nearly everything I want to say, especially in one-on-one discussions, as I have a few seconds to form proper sentences. I am still making errors relating to grammar and genders (whose clever idea was it to make objects male and female?!), but overall sense is almost always understood. Even in staff meetings, I understand almost everything, and I have found out that even my fellow staff members don't follow everything throughout the meeting, which makes me feel much better. People haven't stopped making jokes about my accent (I don't think they ever will), however I am speaking well enough to talk on the phone in a professional context and to work properly, at least as well as the Francophone trainees who work here too. The French classes are perhaps a bit too easy for me now, in stark contrast to how the year started out, and my English has returned to its usual standard, as I think I have found the right balance in my head between French and English.

Overall, I am really pleased that I chose to spend the year over here, and especially pleased that I got the opportunity to work in a project like this one, where it is basically a total immersion environment. I think that it is due to this factor in particular that I have become (almost) fluent in just one year, and as I am staying here in Belgium until the end of June, I still have another couple of months to perfect my French. In conclusion, going abroad before going to university is entirely feasible, and even though it is difficult to start out with, if you're in the right environment, you could end up with functional fluency in the local language by the end of the year, so go for it!

If you want to find out more about my time spent abroad, or to ask any questions you may have, check out my blog here.

What is the difference between a year abroad and a gap year?

A gap year usually takes place between a student leaving school and starting university. After three years of stress and public exams, many students seize the opportunity to plan the constructive and...