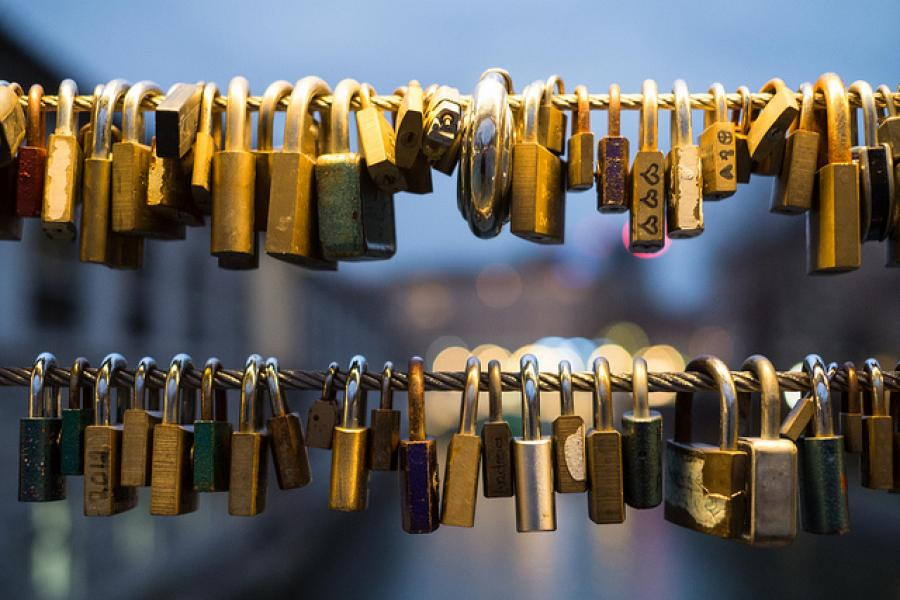 This article was written by Suzanna Ruth from King's College London, published on 17th February 2014 and has been read 18692 times.

Mexico Advice Relationships
Back when I started thinking about my year abroad, having to factor in a long distance relationship alongside all the other madness that comes with living in a foreign country was not something I anticipated, and I am 99% sure my boyfriend neither planned on, nor wanted, a girlfriend living five and a half thousand miles away. But here we are, 6 months into my year abroad, me in Mexico City and him back in England; así es la vida.

Before I went away I did some googling and looked around thirdyearabroad.com and although there seemed to be a lot of people carrying on with their relationships whilst they were studying abroad, a lot of them were going to Europe and this just didn’t seem entirely relevant to me. Now, long distance relationships aren’t a competition, you don’t get more points just because you’re further away from your other half than someone else, but the situation is undeniably a bit different. Companies like easyjet and Ryanair allow students to nab a cheap flight to and from many European destinations allowing couples to see their sweetheart every month or so, but the cost and distance means that getting to Mexico and back is a bit more of a hassle; a £500+ airfare and a 12 hour+ flight make it pretty impossible to pop home for a few days. I am also 6 hours behind GMT, which makes arranging to Skype slightly more difficult. But all this said long distance relationships are doable and often very rewarding. Here are some tips for coping with a long distance relationship when you are very far away from each other (although I’m sure some of you who are a little nearer may find these helpful too!):

Before I went away my boyfriend and I put together a little box of things for each other including a letter, some photos, our favourite sweets, something to remind us of one another (like a piece of jewellery) etc. This helped to cheer us up during the first few days. Also, the post here in Mexico is very slow (if it gets delivered at all!) so it meant that I could have a hand written letter without him having to post it to me.

Download an app onto your phone/tablet/computer that shows the time back home. You will probably be able to work out the difference instantly after a while but being able to quickly look it up helps with Skype and phone calls.

Speaking of Skype, make the most of it! Although it’s not the same as seeing them in person, it is very comforting to be able to actually see your boyfriend or girlfriend. I know some couples whom like to watch films or TV together over Skype as well as some, ahem, slightly less family-friendly activities. Use your imagination!

Although Skype, Facebook etc. are great, my boyfriend had limited access to the Internet during my first term away so they weren’t really options for everyday communication and we had to find other ways to keep in touch. There are a lot of apps or websites that allow you to send messages directly to someone’s phone as a text message, my favourite is called fishtext (which can be downloaded as an app or used online) as texts to UK phones only cost 2p and they appear on the other person’s phone as having come from your phone number. There are also similar options for phone calls, one of which being purchasing Skype credit which allows you to make calls to home phones and mobiles.

I think communication is the key to a successful relationship and so is compromise. You and your other half may not have the same needs and expectations in terms of communication and I think that can be difficult. For example, I like to text a lot (and I mean a lot!) but my boyfriend doesn’t and over time I have had to learn that him not texting me back in 5 seconds doesn’t mean he doesn’t love me (I hope!). Whilst I could happily send hundreds of messages a day, I think it’s important to speak at least once a day if possible. Similarly, there will be days when one of you is feeling rubbish and the other one is out having a great time, if you are the one feeling a bit rubbish remember that your other half probably doesn’t feel great about being stuck in the rain whilst you’re in a (probably) sunny and exciting country! Try to accept that sometimes your partner will be busy and that they do have a life beyond your relationship.

Which leads me to this point; sometimes your year abroad will make you feel tired, stressed or just a bit blue, but try not to take this out on your boyfriend or girlfriend. Obviously if they have done something to upset you or you have a genuine worry about your relationship, then talk to them, but try to refrain from sending a passive-aggressive message just because you’re feeling grumpy. You might be amazed what a nap or a cup of tea can do.

7. Plan visits way ahead of time. If your year abroad destination is outside Europe it’s likely that flights will be quite expensive and that you may want to spend a week or more together, so it’s a good idea to book your flights and time of work, if necessary, early. But beyond practical reasons, it’s very reassuring to know when you will next see your beloved; it gives you something to look forward to and can make you feel a bit more secure.

8. Keep your significant other involved in your life abroad.

Obviously them coming to visit helps a lot with this but they can’t be with you the whole time and sometimes aren’t able to visit at all. You can help them feel involved by sending photos and gifts and keeping them updated on you day-to-day life. Although your experiences abroad are new and exciting make sure you ask how your partner’s day was too, make sure they know you’re interested in what they have to say!

I know this sounds a bit strange but I do believe there are upsides to not living in the same place as your other half. You can be more independent than you might be otherwise and you have a lot more time to yourself meaning you can take up that hobby they always thought was a bit weird. As well as this, when you do see them you really appreciate it; I’m sure I’m not the only one who’s got a bit tired of their boyfriend coming round every night of the week (not my current one, I might add!). Going long distance is make or break but if you do come out of it still together (and I’m really hoping my boyfriend and I will!), I think it shows that your relationship is pretty special.