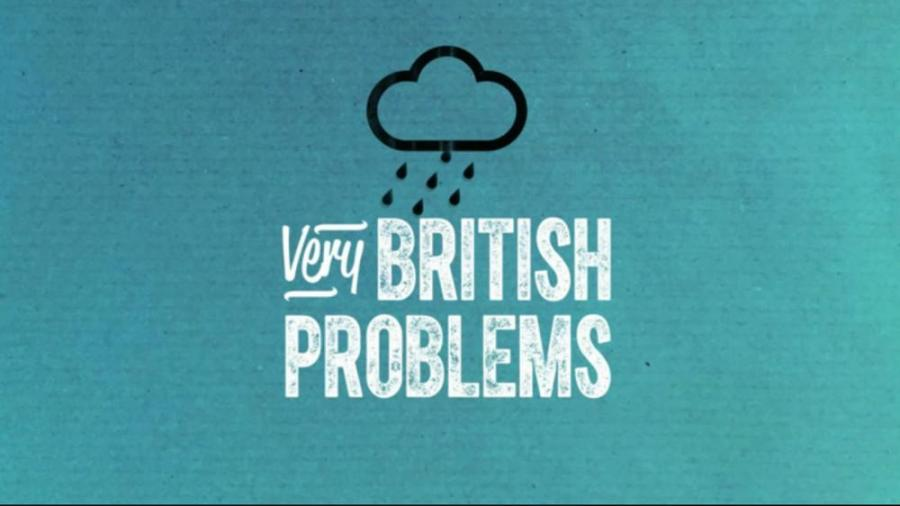 This article was written by Emily Maybanks from Swansea University, published on 18th August 2016 and has been read 6396 times.

Recently, I watched Channel 4’s Very British Problems and the final episode on Monday was all about holidays and going abroad and it gave me the inspiration to write a similar thing. I’ve encountered several opportunities where those Very British Problems come into mind, from booking flights, to airports, to actually being abroad. Here is a very long list of some of the ones I’ve found most amusing and how things have changed since the start of my year abroad.

1. Saying the weather/temperature of your destination every time someone mentions bad weather for a month leading up to your break.
As soon as I found out that I was going to Forlì in Italy and Geneva in Switzerland back in April last year, I added them both to my weather apps. Then I’d bore my family senseless every day by saying ‘ooh, it’s warmer in Italy’.

2. Being unable to go through a metal detector without putting on a bit of a march.
This was more at the start on my year abroad and I got really worried when the alarm went off like ‘wait, I’m not a criminal’. Now, I just stroll through and feel pleasantly surprised when I don’t set the alarm off.

3. Paying an extra £10 to go through the boarding gate first, to then get on a bus with the rest of the passengers.
Okay, this isn’t something I’ve done, but it is something that has increasingly wound me up this year for some reason. Why do you want to pay extra to get on the plane first, when everyone’s got a seat anyway?

4. Staring solemnly at the overhead baggage compartment as someone rams your hand luggage into oblivion.
Excuse me, but can you be careful, my laptop is in that bag and it has never been on an aeroplane before.

5. Communicating to the person in the aisle seat that you need to get out by gently touching the headrest in front of you and whispering ‘sorry’.
What I really mean is ‘get out of my way’. I love window seats too much to choose an aisle seat. Now, I’ve developed a very laid back attitude and I’m usually last off the plane.

6. The horror of holding on to the chair in front’s headrest as you sit down and accidentally stroking the hair of the seat’s occupant.
On my first flight to Italy in September, when the plane started zooming down the runway to take off, I inadvertently grabbed the headrest, and a handful of hair. Awkward.

7. Being amazed that you can pay by card while thirty thousand feet in the sky, yet the machines in your local pub only work when the barman stands on a ladder in the far corner.
Just because it’s hilarious.

8. Worrying you’re going to be arrested as you present your perfectly valid passport at border control.
My hair has grown a lot since I got my passport renewed two years ago. It worries me more that they won’t let me back IN to the UK to be honest.

9. Famous last words: ‘why on Earth would I need sun cream? It’s snowing!’
When Mum came to visit me in Geneva recently and we went to Chamonix in France and up a mountain. I didn’t have sunglasses or sun cream but didn’t think anything of it until I got up the mountain and nearly got blinded by the reflection on the snow, and then very sunburnt.

10. Being over excited to see a can of baked beans ‘just like home’.
Maybe not baked beans, but after eight weeks of living off pasta and pizza in Italy, I found a shop that sold Digestive biscuits, and a version of Super Noodles.

11. Spending the next year with a euro in your wallet which you’ll keep thinking is a pound when you desperately need one.
When I went into Tesco on my first day back in the UK over Christmas and getting frustrated that the self-service machine wasn’t accepting my £10 after five times and then realising it was a €10 note…

12. Unpacking your suitcase over a period of six weeks.
I have essentially lived out of my suitcase for most of my year abroad, and inevitably, when I go home, it will take me all summer to unpack before I have to go back to Swansea.

13. Wondering if the cat will ever speak to you again.
Marmite (the name of our cat), I know I’ve been away for months but I love you and I’ve missed you so please come and give me a cuddle?

I also have some of my own ‘Very British Problems’:

14. Finding out that there wasn’t a kettle in the flat in Italy and instantly wondering what I was going to do with the teabags that I’d packed in my suitcase.
After boiling water in a saucepan for ten minutes, I no longer needed a cup of tea anyway.

15. Coming back to the UK and having to remember how to speak English.
The amount of times I walk into Wilkinsons or Tesco and say ‘ciao’ or ‘bonjour’ really politely is amusing really.

16. ‘Oh yeah, they do public transport differently at home’.
As I came home from Geneva and tried to get on one of the buses in Reading without paying and getting told off by the bus driver. Because, I’ve been living in Geneva for three months and I have a monthly bus ticket that I only have to show if ticket inspectors get on the bus.

18. Frowning at the back of the person’s head who has just pushed in front of me in the queue.
I did this a lot when I first started my year abroad. Now, I just sort of accept it.

If anyone has anymore ‘Very British Year Abroad Problems’, it will be interesting to hear them in the comments below! Thank you. Sorry.

by Kia Marie Hunt
Living and working in Italy