Vegetarianism on a Year Abroad 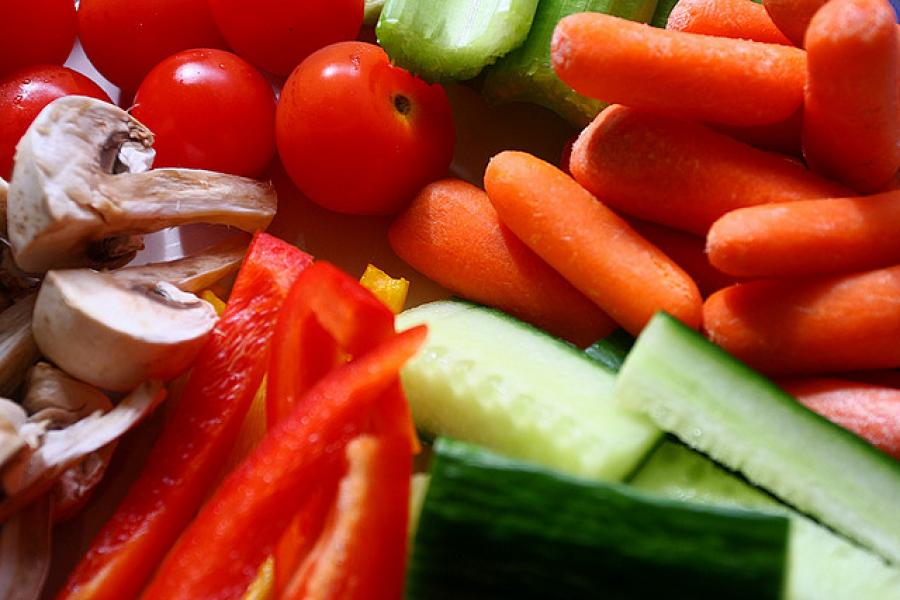 This article was written by Katherine Reidy, published on 28th November 2014 and has been read 3457 times.

Portugal Portuguese Culture Shock Food
Katherine Reidy is a third year Modern Languages student from the University of Southampton. She is currently spending her year abroad studying at the Universidade de Porto. In this post, she tells us about her strange eating habits and how the year abroad has thrown a bit of a spanner in the works... To learn more about Portugal, have a read of Katherine's blog.

I love food, I’m not ashamed to admit it. Eating it, making it, watching TV shows about it. So this may make you think that I’d eat everything, but unfortunately not, as I’m a vegetarian and an extremely fussy eater. In England I live off around 8 dishes, and that includes breakfasts. I could spend days explaining what I don’t like because it’s not that straightforward. For example, I only like red peppers, I’ll only eat broccoli if it’s mushy, I can only eat carrots if there’s no peel left on at all and I refuse to eat the seeds or green parts of a tomato. My vegetarianism is easier to explain – even if people at work always ask me why I’m vegetarian when I get my food on my break and if I eat fish, which for the record, I don’t.

I’ve been a vegetarian for 19 months, and it started during first year when I just started going off meat and I was only eating chicken, and even then that was maybe once a week if I remember to defrost it. It just seemed easier to become vegetarian because meat-free food is so accessible in the UK, all restaurants usually have at least 1 veggie dish. It had all been so simple until I mentioned being vegetarian to my Portuguese tutor in Southampton.

She told me that the Portuguese don’t really understand the concept of vegetarianism, they’re massive meat and fish eaters, and that I would seriously struggle, so I decided that if I found it tough I would consider starting to eat fish on my year abroad. But I was determined to stick to being a veggie, and I didn’t think it would be TOO hard, as I mainly live off toast, pasta and rice dishes (oh, and hash browns). How wrong could I have been?

I’ve now been here for 3 months, and I’ve gone off food here so much that I’m now only eating Heinz baked beans (stupidly expensive here), porridge, Oykos Greek yoghurts and Subway. No it’s not some form of extreme diet or a lack of appetite, I just can’t stand the food here anymore, because when I’ve been home I’ve been eating normally. I cracked last week and ended up on the Tesco groceries website ordering a food shop of all the things I miss the most, and only stopping when it got to the payment page. I mean, I even reserved a delivery slot!

The bread has been my biggest problem here. It comes in loaves with 22 slices, which is way too many for one person, and the bread is so small and depressing and it goes hard after a day but not quite stale. It is immortal! I had one single loaf for 3 and a half weeks and it didn’t have the slightest bit of mould on it. Oh, and it tastes funny. As does any butter I buy, so I now don’t have toast or sandwiches. I love orange juice at home, but Portuguese juice just tastes strange, so now I only drink water, which I have to buy in bottles as it doesn’t taste right from out the tap and I’m convinced it was making me ill.

Pizza is my favourite meal in the whole wide world, and my family love the 89p pizzas from Iceland or a good Dominos, but sadly Dominos doesn’t exist in Portugal and the only cheese pizza I’ve found here has a weird tasting tomato base. McDonalds only does 1 vegetarian thing, which is a pasta salad, and last time I had that, the pasta was frozen!

My saving grace has been Subway, which tastes exactly the same as back home and I can choose between the Veggie Delite and the Veggie Patty. It also gives me the opportunity to speak Portuguese, and the woman who works there is lovely, but always seems surprised when I say I want jalapeños on my sub. She said I spoke really good Portuguese last week and from chatting with her about why I was in Portugal I found out that they do a student discount meal!

Being a vegetarian in Portugal has definitely been my biggest struggle so far of my year abroad, with it being so much more of an issue than I thought it would be. However, if anything it’s made me more determined to stay a vegetarian, just to prove that I can do it. Year abroad is only 10 months of my whole life, and I’ll soon be back in the land of Warburtons Toastie bread, hot and spicy Quorn and Cathedral City cheese

A year abroad in Peru: An overview

Unravelling the hidden truths of volunteering