Home Articles Fantasy vs Reality: The ups and downs of interning abroad
Share
Tweet
Write for us 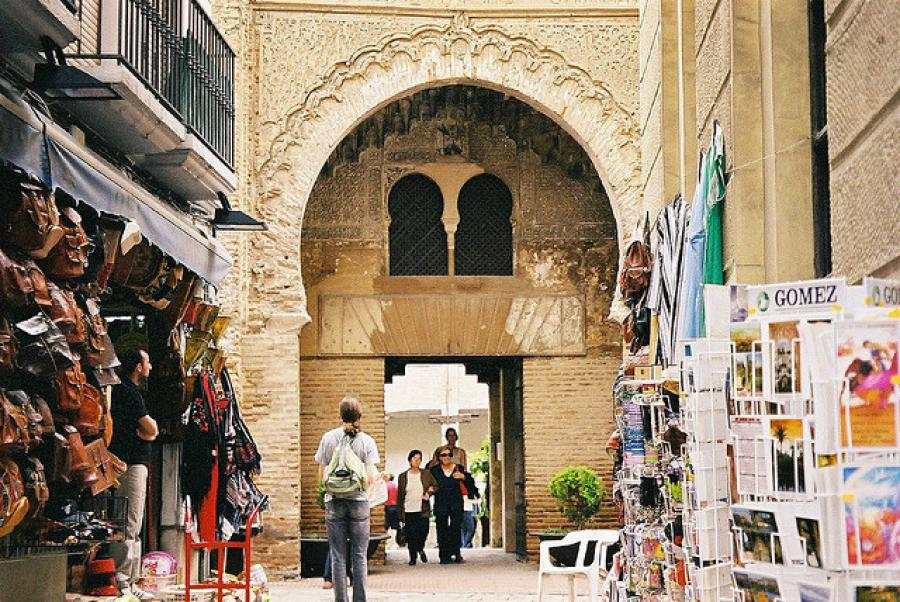 This article was written by Global Graduates, published on 22nd July 2014 and has been read 6621 times.

Sophia Smith-Galer studies Spanish and Arabic at Durham University and is currently doing an internship in Granada, Spain, for a company that runs cultural tours of the city and organises Erasmus+ placements for European students. In October, she will head to Beirut to study at the Institut Francais du Proche Orient. To read more about Sophia's year adventures abroad, visit her blog or follow her on Twitter.

Since my academic year in Beirut begins in October and ends in June, my time in Spain has to be mercilessly squished into the summers either side. Not too much of a problem (two summers in Spain? Er, yes please) but I have encountered a fair few difficulties which I think should be passed onto the next wide-eyed generation of eager beaver year abroad-ers. Right now I am writing from my first mercilessly squished in work placement in an office in the enigmatic city of Granada, and this is what I have to say so far.

My expectations of my time here were admittedly far too high, and in the blogs of other friends in Spain I have seen the same adrenalin rush of Wanderlust flatline disappointingly as they have seen the reality of living and working here. With regards to the latter, I have found my internship so far do little to encourage any positive opinion in me about one day working in Spain, and when my mum asked me over Skype if I would ever want to work here properly I surprised myself with how quickly and resolutely I declared ‘No.’

The fact is that being an intern here is disappointingly similar yet also disappointingly different to being an intern in the UK. When I embarked on my year abroad I was so enthusiastic and eager to knuckle down into my new workplace but what I have encountered is the similar dreary nethersphere of hole-punching, stapling and dirty-work-doing that the paid workers don’t want to spend their time doing. Though really this is to be expected, I quickly started to stress myself out because I wasn’t speaking enough Spanish. Likewise, with no contract having been signed, I found myself with extra hours palmed off to me because other workers wanted to go to the beach that day instead. Next, remember that Southern Spain is a siesta-loving, slow-paced region which is never going to lend itself well to the tight organization of Northern Europe that you are used to.

On the other hand, if you find yourself experiencing the same thing on your year abroad, I urge you to just soldier on and I promise you it will get better. Stay enthusiastic and, above all, keep in contact with the people back home to remind you to stay in touch with reality. After a couple of low weeks I have now been welcomed into the chaotic fold of tapas bars and mutual moaning about the boss, and I decided to take my Spanish learning into my own hands and have started volunteering as a classroom monitor in a local summer school. This has lengthened my day considerably - 11 hours of work - but the 5 that I am spending at the summer school are full of fun and I am speaking in Spanish non-stop with some fantastic children. This is definitely another big tip; if you aren’t on Twitter already, get it. Typing in ‘Granada’ into the search bar and viewing the plethora of cultural events and NGOs meant that it takes no time at all to find new things to do.

What I’ve now learned is that my enthusiasm can weigh me down - and it will weigh you down too, if you share my same eagerness in simply being in Spain, interacting with Spaniards and immersing yourself into the lifestyle. When things do not turn out to live up to the Spanish fantasy you have had in your head, it might take time to re-adjust. But I refused to give up and I’m now seeing my language improve immensely, all because I took the time to re-think, explore and then sacrifice some of my free time to help in a community that I long to be apart of. And, you know what? It’s really starting to work.

I think you've answered your own question there - if in doubt, always go for the opportunity of a lifetime! Life's too short. So's your year abroad!Be honest with your friend about why you'd like to l...

Video: my French after 3 and 6 months abroad.