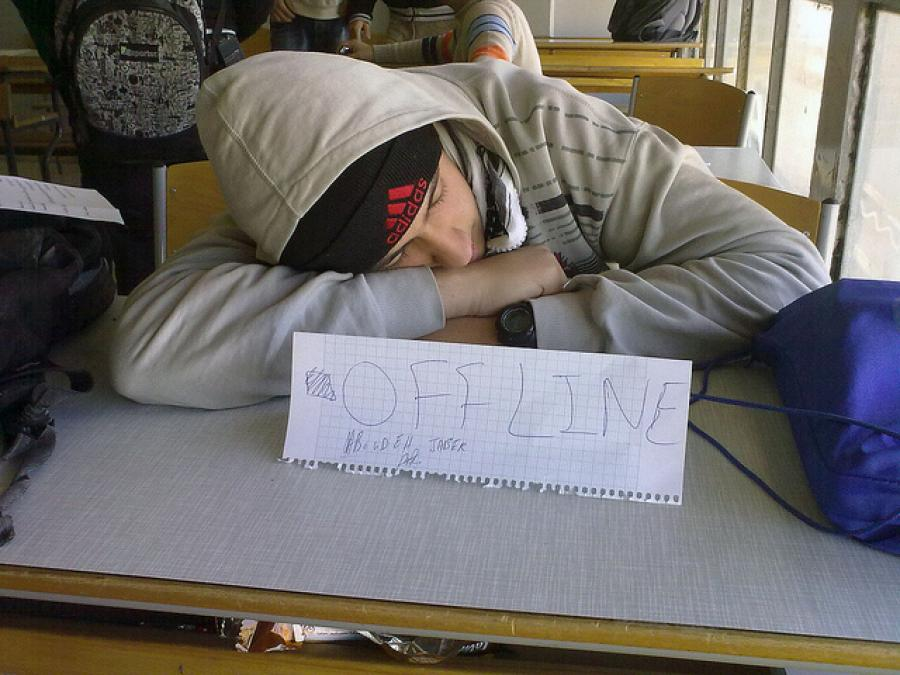 This article was written by Global Graduates, published on 15th July 2013 and has been read 3771 times.

Russia
Sian is at Durham University where she studies Modern Languages. She has just started the second leg of her year in Ulyanovsk, Russia, where she is studying the language at the university. Upon arrival she discovered that there was no internet. Here's how she's getting on without it...

I’m lost without the internet. This is something that I don’t feel very comfortable but my recent experience has made me think that perhaps my reliance on the World Wide Web is totally justifiable.

I’m currently on my year abroad. I spent 9 months on the North Coast of Spain and have very recently arrived in Ulyanovsk, Russia to spend the next three months. But upon discovering that my dormitory in Russia does not have access to the Internet, nor does there seem to be any viable way get online within a 10km radius, I came close to thinking there and then that I may as well pack up and go home. Of course it's no secret that our generation belongs to the Social Network Society. We’re 'friends' before having actually made someone's acquaintance and the number of likes, retweets or views we get can make or break our day. The extremists are pasty-faced and nocturnal and glued to some form of device 24-7. But Facebook and Twitter were actually the furthest things from my mind when the bolt of panic shot through my body. My fears, I'd like to think, were a little more legitimate.

My first thought was Skype. How am I meant to go 3 months without knowing how and when I'll next be able to speak to my friends and family? Not to mention my lovely boyfriend, whose guidance and support kept me from the brink of insanity many a time in Spain. A common response to this dilemma is to cite the experience of past generations: our grandparents had to make do with letters and telegrams to cover long distance and they managed fine! But our grandparents didn't know any different. I'm certainly not sitting here pining for a 3D hologram of my Mister to appear dancing before me in the room but try telling a young couple in the year 2060 that they'll have to make do with a 2D image on a screen and they'd probably threaten you with their laser guns and their robot dogs and other futuristic stereotypes.

My second thought was The News. Being in a city as remote as Ulyanovsk, in a country as different to our own as Russia, is likely to make even the hardiest of travellers feel a bit detached. When I was in Spain I became quite obsessed with British news and logged on to the BBC website daily to see what was happening back in Blighty. It was a comfort and a way of reconnecting myself to the world back home. I understand that reading the news isn't exactly a dialogue - no one is sitting in an office somewhere in the BBC thinking 'oh look, Sian Green from Hampshire's doing alright out in Russia!' But it still helped. I haven't ventured out very far yet but from what I can tell so far, Ulyanovsk doesn't seem to be the sort of place where I can expect to pick up a copy of The Times. So without the Internet I'm up the creek without a paddle on that one.

And my third and final thought was Doctor Who (I bet you didn't see that coming). After a hard day of immersing yourself in a foreign culture, every so often you need a little ‘me’ time. Like booting up your laptop and indulging in something that is thoroughly British. And our wonderful Doctor fits the bill perfectly, with all his querks, his puns and his bow tie. As does any show that involves dry wit or sarcastic commentary or any costume drama. These are things that people outside of Britain just don't seem to appreciate like we do. In Spain (and I'm slightly scared to admit this publicly) I developed a guilty pleasure. Every Tuesday night my friend Jean and I would go out for a burger and then watch... Made In Chelsea. I'm not proud. But I can't deny that it felt so good sitting and ranting about Spencer's leather fetish and Marc Francis and Victoria’s so-posh-they-sound-foreign accents and why on earth does Proudlock have an office?!? And knowing that no Spaniard would be interested in the slightest.

These three things were my initial thoughts and they're probably the ones that affect me the most emotionally speaking. But since then some other things - some practical and logistical and downright important things have crossed my mind. How will I be able to top up my currency card when I run out of funds? What about when it comes to booking flights? How will I survive without online translation sites? What if important information gets sent out by the Modern Languages department? (hahaha). How will I be able to update my blog?!?

So there we have it. I can't live without the Internet and it's got absolutely nothing to do with my Newsfeed or Candy Crush or my next 140-character output. For us year abroader-ers it proves something of a lifeline and I don’t think there’s any shame in that. Next stop, an internet cafe!