Home Articles UKIERI Study India: The highs, the lows, and the unexpected
Share
Tweet
Write for us

UKIERI Study India: The highs, the lows, and the unexpected 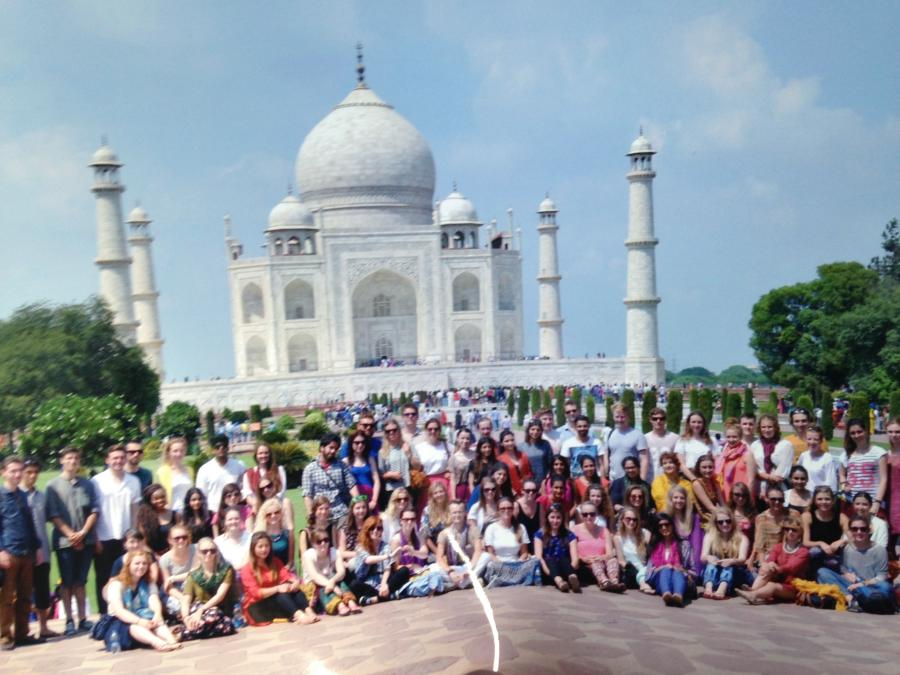 This article was written by Alice Lynch, published on 4th April 2016 and has been read 2341 times.

Alice Lynch is studying for a Masters in Politics at the University of Exeter, and participated in the Generation UK-India scheme in 2014. Here she describes the highs, lows and learning curve of her experiences during the Study India programme.

In 2014, I was lucky enough to gain a place on the UKIERI Study India programme, funded by the British Council. I was over the moon to be accepted, considering how hard the programme was to get on to – I feel that the constant over-keen emails I’d been sending the team since December, asking when applications opened, probably made them feel morally obliged to accept me. There were many reasons I was so eager to participate; not least because it was almost fully-funded by the British Council. Who in their right mind would pass up a practically free trip to India? All I had to do was pay for my visa and I was away!

So in August, I hopped on a plane to Delhi. I rendezvoused with two other participants I’d connected with via the Facebook group, who were on the same flight as me. Our trip got off to a fantastic start; the morning of our arrival, we were greeted by an elephant-led procession, complete with fire-breathers and a marching band. As the programme continued, I found pretty much all my preconceptions about the world being challenged. As hard as we might try to defend against it, it’s very difficult to ignore the Western-centric bias that is entrenched into our subconscious. My time in India turned all this upside-down; I think the best way to describe it is going from a linear way of thinking to a more circular, anything-goes attitude to life.

The things we did
When I remember my time in India, the first thing that comes to mind is just a general blur of colour, music and dancing. Every day, we got up at about 5am to take dance or yoga classes before breakfast.

Undoubtedly one of the best parts of the trip was the fact that I felt like I was living inside a musical, where people spontaneously break out into song and dance at the drop of a hat. In India, you don’t need to be drunk to dance – everyone does it, everywhere. Whether it’s in the middle of the corridors at University in Delhi, in the middle of the street, and definitely at any kind of evening event – it’s infectious and impossible not to eventually throw your inhibitions away and join in.

One experience I’ll never forget is the day we travelled to a rural village a few hours outside Mumbai, visiting locals in their homes where we were cooked the most beautiful thalis. We then took rickshaws to the top of a small mountain, where we celebrated the Holi festival of colours by the side of a lake, then jumped in. We finished the day wet, muddy, with full stomachs and covered head-to-toe in all the colours of the rainbow.

This is only the tip of the iceberg when it comes to the trip highlight – from the Taj Mahal, to 5am bike rides around Mumbai at sunrise, to the endless beautiful temples, rivers and landscapes – there just isn’t enough space here.

The people we met
I fell in love with the Indian attitude to life. India has a hugely diverse population, with more languages and religions than I could count; however there are some attitudes that really shine through and are apparent to anyone visiting. The people I met – in the universities, the Dharavi slums, in the temples and in the streets – were all characterised by a common sense of determination, of making the best of what life had given them, and taking hardship on the chin. The people I met in the Dharavi slums were genuinely some of the happiest and most determined people I’d ever met, and it’s something that’s stayed with me to this day.

Delhi Belly
Delhi doesn’t have an entire illness named after it for no reason. Pretty much all of us – perhaps two out of one hundred left unscathed – suffered from Delhi Belly to various degrees. You know a group has bonded well when a regular part of the morning routine is to congratulate an individual on successfully passing a solid poo. Bus journeys were punctuated by frequent emergency stops so individuals could throw up by the side of the road. This is the kind glamour you don’t see in everyone’s gap year photos, but it’s part and parcel of the experience. Lots of tips on how to avoid and deal with illness abroad can be found on the Know Before You Go page which is definitely worth checking out!

For me, it was the alcohol that did it. It’s all very well avoiding tap water like the plague and brushing your teeth with the bottled stuff, but if you’re going to go on a night out and put away several ice-filled mojitos, then you might as well have not bothered. Let that be a warning to you all.

This leads me to possibly the most embarrassing moment of my life, which felt like it was taken right out of a scene from the Inbetweeners. It was week two of the trip, and about 85% of the group had succumbed to the dreaded Delhi Belly. As a vegetarian who eats very little dairy, I was feeling pretty smug about that fact that I seemed to have escaped their fate. Little did I know.

It was the morning of my second day teaching at a local girl’s school in Delhi. I was in a class of about 60 teenage girls of varying ages, and the teacher had left my friend and I in charge. Just as lessons were about to begin, a tiny girl ran into the classroom and screamed something in Hindi, before running out again. There was a commotion as all the girls jumped out of their seats and scurried for the door, shouting excitedly and pulling at my hands. I eventually managed to learn that the monsoon rain had gone into the electrics in the basement and started a fire – there was no fire alarm or safety procedures, despite the fact that this was apparently not a one-off occurrence.

Once I had managed to assemble my class in the playground along with the rest of the school, I found myself – as was common in Delhi – to be the centre of a large amount of interest from children who had never seen an English girl before. Before long, I was surrounded by a good 300 curious Indian girls, all gazing at me expectantly.

It was at this moment that the food poisoning hit. I’d been feeling pretty fine all morning, yet suddenly out of nowhere I knew that I need to throw up, and soon. As the crowd of schoolgirls continued to stare up at me, I had no choice but to drop my bags and peg it. I could see the corner of the school building a good 200 meters away, and knew that if I got there in time I’d be okay.

Unfortunately, the kids weren’t about to let me lose my dignity in peace, and I found myself sprinting across the playground with a half the school hurtling behind me crying “Alice DiDi, where are you going?!”

So then I projectile vomited in front of several hundred Indian schoolchildren. Some of them got splashed. It was unpleasant for everyone.

The girls were very sweet though, stroking my hair sympathetically and saying things like, “it’s okay, Alice DiDi” while I continued to empty the contents of my stomach onto my shoes.

Learning from the experience

2. If you’re going to take an 18 hour overnight train from Delhi to Mumbai, then try not to do it when you’re still recovering from food poisoning. NOT fun.

3. Get decent travel insurance. If things go wrong, it’s important to be able to get the right medical treatment, or be flown home in a worst case scenario.

4. Watch your passport. A couple of people on the trip had theirs stolen (the Taj Mahal is a particular hotspot), which involved a lot of stress and some difficult trips to the British Embassy. The Foreign Office is an essential source of information on how to avoid this, and what to do in a worst case scenario – it’s worth following them on Twitter @FCOtravel as they often post handy tips.

5. Keep an open mind. The way of life in India is nothing like any European country, or any other country I’ve ever been to. If you go in willing to have your own preconceptions challenged, and happy to embrace change, then this programme could change your life.

Hi there, Speaking Hindi isn't a requirement of the application process, but it does show great interest in Indian culture - Generation UK India is looking for applicants who are genuinely interested...

Generation UK - India: Gain experience and skills on a placement in India with the British Council