Top-up fees: Alternatives to studying in the UK 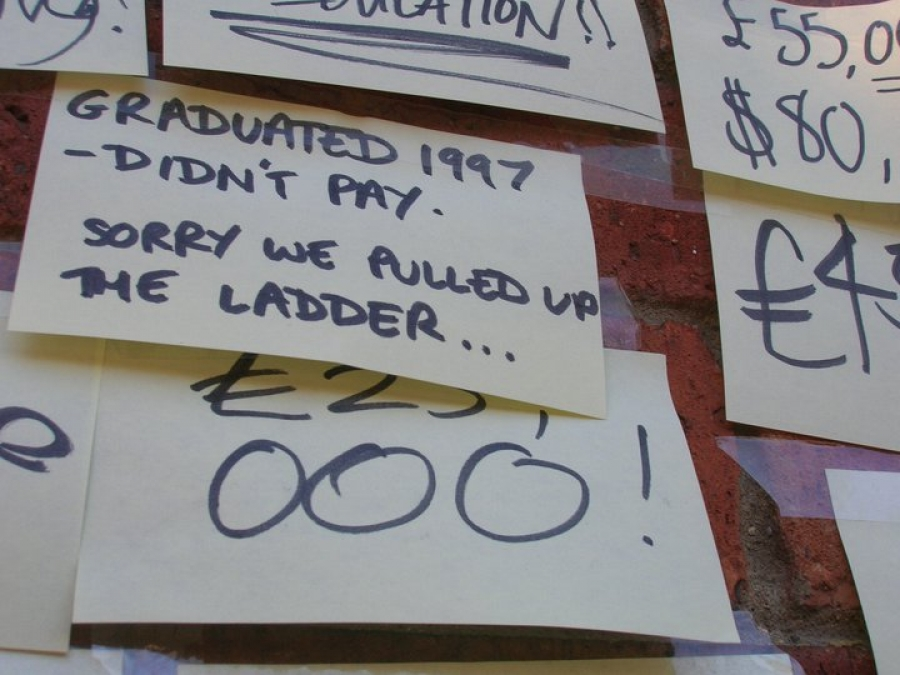 This article was written by Anna Cox, published on 16th December 2010 and has been read 13322 times.

Study Abroad Money A Levels UK University Whole Degree Abroad Not a Linguist
Anna Cox, an international student in America, gives her views and ideas about the planned top-up fees for UK universities, and what alternatives future students can look towards, if they are to go ahead...

With the much disputed rise of tuition fees, set to treble to a whopping £9,000 in the UK if the government is to go ahead with its plans, students (and parents) across the country are starting to worry - and understandably so - as to how to fund a minimum of three years of university within the UK. Courses within the UK’s Higher Education system, though not as expensive as their US equivalents, have gained a notorious reputation for being increasingly expensive, with students arguing that the number of contact hours can’t justify the cost of education these days. With so many campaigning for the right to a financially viable education, what alternatives will they be able to take advantage of if said plans go through? How could a student starting their course in 20... get the most out of their degree?

UK universities, according to the league tables, are some of the best institutions in the world. With a record number of students having graduated in the past decade, entrance requirements have never been tougher. Add to this the recent rise in fees, as well as this prospected trebling, and the situation doesn’t look too appealing for the current sixth-former. However, if comparing to the US, British universities are still by far and wide a lot cheaper; most students across the pond need to fork out a staggering $50,000 for their ‘college’ education. Yet – bar Cambridge and Oxford – most universities within the world top ten are in actual fact American or European. If fees are more expensive abroad, how is it so many British students choose Harvard or Yale as their new home for Higher Education? Grants and scholarships have a lot to do with it. The US offers these to both American and international students, which helps lift the financial load off parents and students alike. Some universities offer their own scholarships to international students, too. No need to go to a loan-shark just yet, then. Compared to the distinct lack of financial support for many in the UK, this may seem like an ideal option. Yet college life is not for everyone – between fees, academic requirements, extra-curricular activities and the American way of life, a lot of British students feel it would be too much of a gamble, though more than 5,000 decide to move their studies there each year.

What is becoming more common amongst students is to study abroad, within Europe or over to Asia. Moving a degree course (or part of it) abroad enables students to gain a certain maturity, due to living and interacting within another social and academic culture, as well as benefit from a different (and perhaps better?) teaching technique. Another advantage of studying abroad is to do with fees – universities in Ireland and France, for example, are infinitely cheaper than their British equivalents. Even if only for a year, studying abroad can give students the chance to gain from foreign expertise and skill, as well as having economic benefits, too.

Studying abroad, for a year or for a whole degree, is not to be closed off as a purely universitarian experience. Most employers look favourably towards students spending time away, as they see it as a real commitment and a chance to learn new skills within a different context. Having the edge over fellow graduates is something everyone is after – getting a recognised degree from a reputable foreign institution could be the way to get a CV to the top of the pile.

Sandwich courses are beneficial to both students and employers. Whether students decide to work or study, it is a win-win situation. Working, however, has yet another advantage – students within the UK are not liable to pay tax on their earnings, thus making the task of saving a lot easier. Finding a placement during a degree is not obligatory, but searching wisely, can offer a veritable boost to both personal finances and a graduate CV.

With fees set to rise, despite promises made only just a few months ago by the Liberal Democrats, the future looks bleak for students planning to study in the UK. Whether the planned top-up fees are justified, necessary and/or inevitable cannot be predicted in these early stages, yet preparation from both the government and the students in this country is key. Learning another language, looking outside the UK and towards international institutions could be the answer for students unable to afford the prospective new fees. Yet, what does this mean for UK universities? The planned fees are supposedly justified so as to improve the state and quality of the Higher Education system in the UK - it might just prove to be counter-productive for many of the institutions supporting them...

Do I continue to receive my maintenance grant whilst abroad - not in Europ...

It depends on how much Erasmus grant you will be getting. I got the full Erasmus grant AND i was being paid because I was doing an internship, so I didn't get the maintenance grant. But if you're not...

by Katherine Tabor
A Levels

by Global Graduates
A Levels

Guest blog: through the eyes of a non-year abroader

Not just for linguists: the advantages of taking a year abroad

The best student bank accounts: What to look out for