Top tips for visiting Munich on a shoestring budget 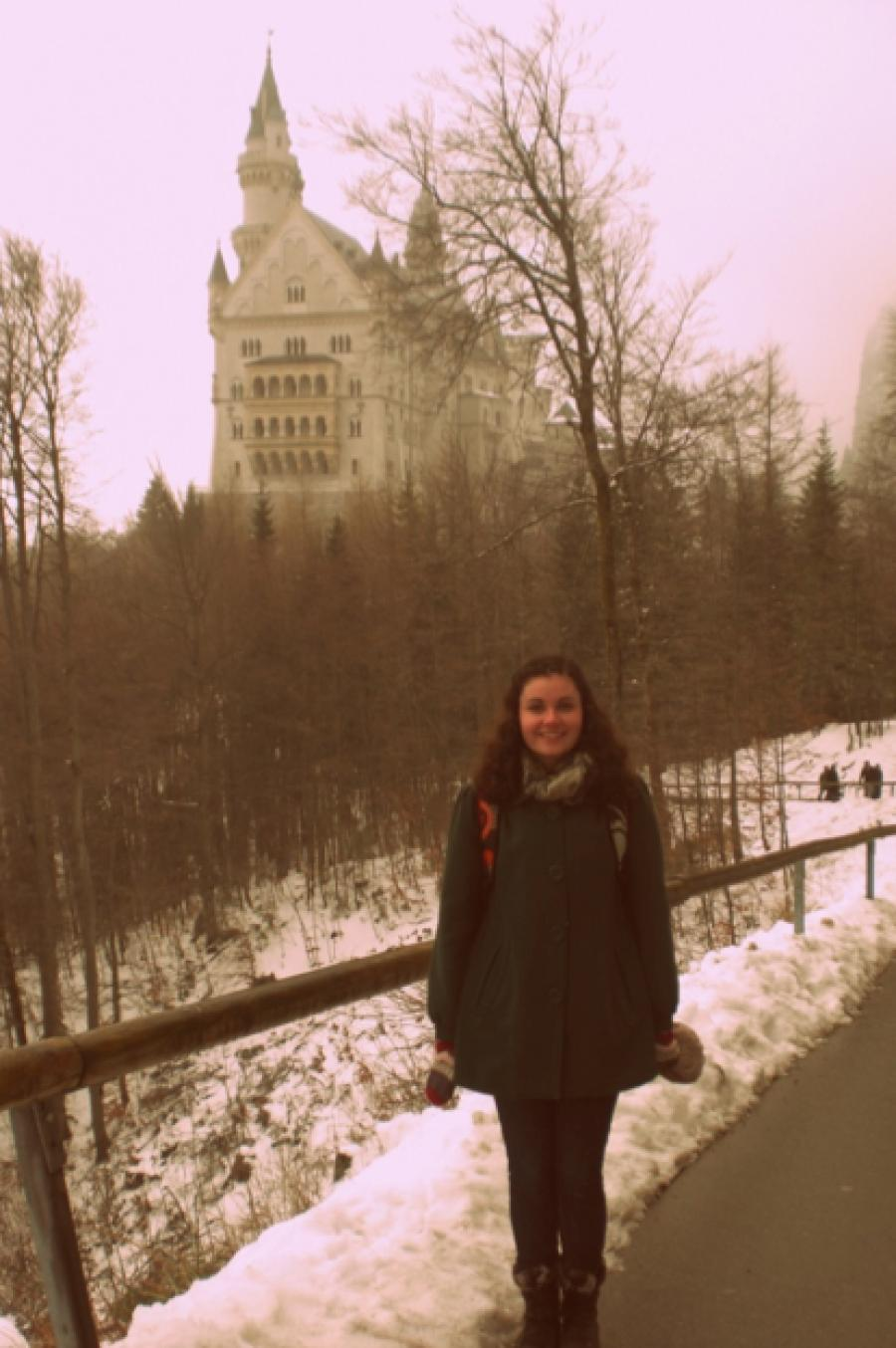 This article was written by Louise Northcutt, published on 20th May 2013 and has been read 9352 times.

Munich Living and working in Germany Holidays Language Assistant
Louise is a German Studies student at the University of Warwick coming to the end of her year abroad as a teaching assistant in Lauf an der Pegnitz, near Nuremberg in Germany. She says "I want to share with you a little about my travel experiences so you too can learn how to survive in Munich, one of Germany’s most expensive cities, on a shoestring budget!"

So what is the first thought that springs to mind when you think of Munich? As the home of the biggest beer festival in Germany- the Oktoberfest? Perhaps Hitler’s famous 1923 Munich Putsch before his rise to fame, or does it strike you as one of Germany’s most beautiful cities? Well I visited Munich during my Year Abroad in attempt to discover the real Munich.

So assuming you arrive in Munich Airport, the best way to get to the central city is by train and the journey lasts around 45 minutes. Buy your tickets at the ticket machines in the station (which, if you click on the British flag at the bottom of the screen, can also be operated in English) and rather than buying yourself a single ticket, get a Dayticket valid for 2 people (Tagesticket) which costs just €1 more (about €12 per person) and allows you to use all transport (trams, buses, the underground and main trains) for a day in Munich. This will already save you lots of money if you want to get out and explore!

In terms of accommodation, there are plenty of youth hostels in the central area around the Main train station and are in perfect proximity to restaurants, clubs and the sights. We stayed in the Euro Youth Hotel, at the low cost of €30 per person for a twin room with a shower en-suite and breakfast included. If you don’t mind sharing with a few more people then the rates for larger rooms are much lower. It was in a fantastic location, offered a brilliant breakfast and was safe and quiet to sleep at night so I would certainly stay there again.

If you are planning on spending most of your time in the central city, because frankly there is so much to do and see that you don’t really need to visit elsewhere unless you’re staying for more than a weekend, then you won’t need to buy train tickets because most of the sights are within walking distance. From the main train station, you can walk for just under 15 minutes and find Marienplatz, the beautiful market square. This is also where daily tours of the city kick off, and so I’d strongly recommend taking part in one with New Europe Tours. They offer a free (donation-based tour) with well-informed, friendly tour guides who will reveal the secrets of the town whilst recommending the best places to see. I wish I could earn money for every time I’ve suggested them, but it’s genuinely just out of enthusiasm! Whether you haven’t got much time, or are planning to spend a week there, this is a brilliant way of navigating yourself and ensuring that you’ve seen all the best sights before you leave!

So once you’ve finished your tour you should be a bit more familiar with the central town and the beautiful architecture on offer there. I never cease to be impressed with the unique and elegant buildings spread across the city and spent most of the time with my head up in the air in admiration. My top recommendations for places to visit would of course, include the Frauenkirche which is rumoured to have been built by the Devil and makes up the iconic Munich skyline, as well as the Hofbräuhaus which, built in 1598, is amongst one of the oldest and most famous beer halls in Munich. Here you can order a litre of beer and try traditional German food whilst listening to classical German music - so if you want to really embrace German culture then you must have a meal here! 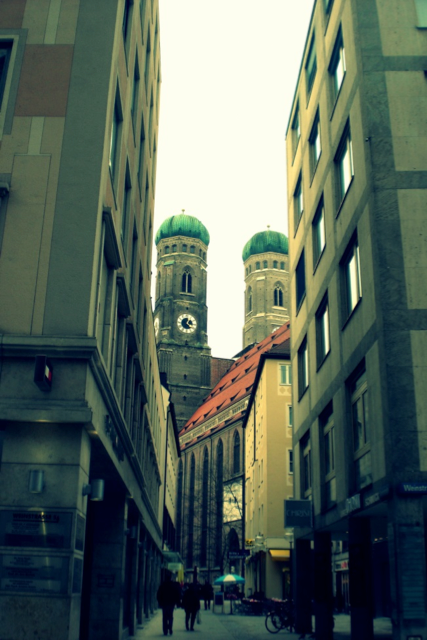 If you are staying for longer than a weekend or and are just feeling the need to leave behind the hustle and bustle of the city, then a trip to Neuschwanstein Castle is the perfect excuse to escape. Based on the muses of the eccentric King Ludwig in the 19th century, it went on to inspire the famous Walt Disney logo. I guarantee that you too will be dazzled by the turrets and bizarre interior. It is one of the most stunning landmarks in Germany and is well worth the hype.

However if you decide to visit, use public transport. There are plenty of coach companies who offer direct transport there which includes your ticket into the castle (you can walk around outside for free, but to go inside and see the rooms it costs around €10 for students) for the large sum of €50 each. If you travel by public transport, simply purchase a Bavaria Ticket (a ticket which covers as many trips as you’d like across the whole region of Bavaria for €23 for one person, and €3 for each additional person.) So two people can travel to and from the castle (about 2.5 hours away from Munich), enjoy a guided tour inside the castle and still spend less than the coach fee for one person! Just remember to buy your tickets using the ticket machines in the station, because purchasing it from the desks inside the station charges you an extra €5.

If you don’t have time for a day trip to Neuschwanstein but would like to see one of King Ludwig’s creations, then you can also visit the beautiful and peaceful Nymphenberg Palace for a walk around the huge gardens and grounds. It is located about 30 minutes outside of the city and easily accessible via public transport.

Last and definitely not least, you won’t fail to be impressed by the rich history of Munich. There are subtle reminders all across the city that they were once controlled by the Nazis and if you are interested, New Europe offer tours to explain the impact of World War II on the city as well as excursions to Dachau concentration camp. Although mainly destroyed during World War II, the city has been rebuilt exactly according to its former style and consequently the architecture is far more unique and traditional than that of the industrial cities in Germany. You certainly won’t get that feeling that you could be anywhere in Europe and instead feel as if you could be walking through a film set.

Finally, if you are an avid sports fan or just curious, then you can visit the former Olympic Stadium used for the 1972 Olympics and up until 2006, as the grounds for FC Bayern Munich. Of course, given Bayern Munich’s current success, a trip to their home ground, the Allianz Arena will be another excellent daytrip. I look forward to visiting both on my next visit to Munich!

So if you’re planning on visiting Munich for this year’s Oktoberfest then I’m sure you’ll have a fantastic time… but perhaps not memorable depending on how many litres of beer you drink…! Just be sure to venture out of your beer tent and explore everything else that Munich has to offer, because it is a truly charming city like no other!

by Holly Walton
Living and working in Germany

100 things I've learnt during my year abroad in Germany