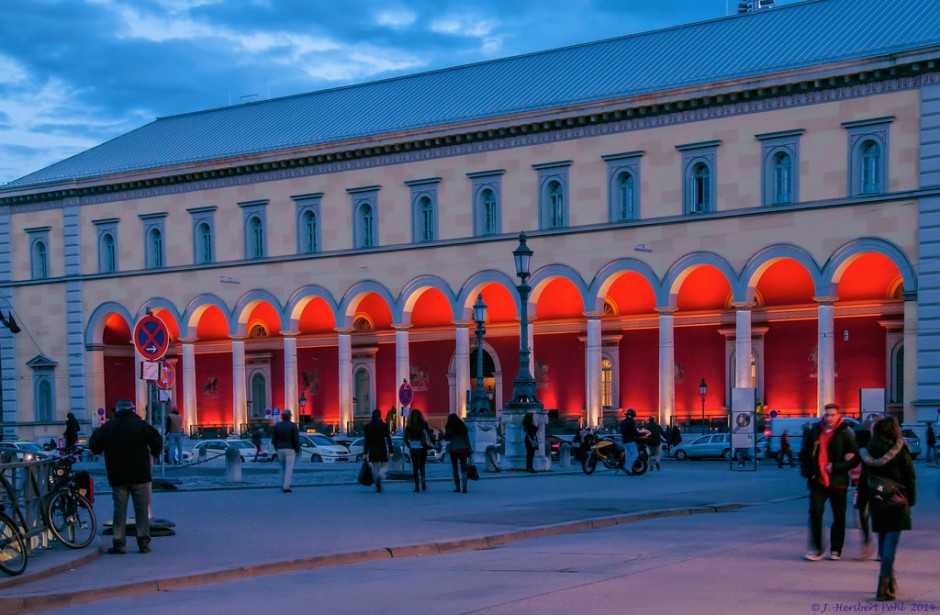 This article was written by Joanna Wilson from King's College London, published on 21st November 2016 and has been read 3155 times.

Joanna is studying French and German at King's College London and spent her third year abroad as an Erasmus student at the Sorbonne in Paris, and then at Ludwig-Maximilians University in Munich. She is now in her final year, and is working as a Peer Advisor for her university's Study Abroad Office. Here are her top ten things to do in Munich.

1. Try out some ice-cream parlours
It might seem unlikely, but Munich has some of the best ice-cream parlours in Germany! One of the best and most unusual is Der Verrückte Eismacher (The Crazy Icemaker) which is decorated in an Alice in Wonderland theme and changes its flavours every day. Some of these flavours include beer, rose and champagne or mango and basil. This ice-cream parlour is also conveniently located right next to the main LMU university campus – perfect for a study break!

3. Find the surfers in the park
Another quirky thing to do in the English Garden is to go and watch surfers at one of the numerous spots in the park. It’s very surprising when you suddenly come across waves and surfers in the middle of a German park, but definitely worth looking out for!

4. Take in a view of the city centre
It may take nearly 300 steps to reach the top, but the view from St Peter’s Church in the city centre is unmissable – plus it only costs €1 for students! The time spent walking up the stairs will definitely be worth it and if you’re lucky, you may even be able to see the Alps! Munich also has plenty of rooftop bars, where you can enjoy cocktails and get a great view over the city centre at the same time.

5. Immerse yourself in Bavarian culture
One of the best things about Munich is how proud it is of its culture. While in Munich, there are plenty of ways to discover the city’s culture. One of the events that I went to was called the Kocherlball, which takes place once a year in July in the English Garden. The hardcore Bavarians arrive at 2am to reserve their tables, but most people arrive around 6am. Traditionally the Kocherball was a way of servants to be able to enjoy themselves before they started work. Nowadays, people dress up in traditional clothing of Lederhosen and Dirndls, and listen to a band play traditional music. Not forgetting of course another traditional Bavarian thing to do – Oktoberfest! An alternative for those who aren’t in Munich during Oktoberfest is its little sister, Frühlingsfest, which takes place in spring.

6. Venture out of the city
Munich is lucky enough to be in a great position in Europe, making it very easy to reach other places in Europe. There are also so many places to visit within an hour or so of Munich. Some of the best places to spend a sunny afternoon are the lakes south of the city, such as Lake Starnberg. The transport system is very efficient and cheap in Munich, making it very easy to get to the lakes, and also to the mountains.

7. See a football game
It may be stereotypical, but when living in Munich, it is a must to go to the Allianz Arena and watch a game. Ideally it is best to see Bayern Munich play, but the lower team TSV 186 also play there, and offer cheaper tickets.

8. Go food shopping at the Viktualianmarkt
In the centre of Munich there is the Viktualianmarkt, a daily food market with over 140 stalls, offering everything from cheese, to fresh fruit juices, and also a beer garden. There are also lots of restaurants in the area to grab some lunch, and it is rumoured that this is where the Bayern Munich football players go food shopping…

9. Experience Munich’s cultural side
If history and art is your thing, Munich has a huge number of museums and art galleries to cover all interests. This includes museums on the history of Munich itself, such as the recently opened National Socialist Documentation Centre, which displays Munich’s involvement in the Nazi regime. A useful tip is that most art galleries and museums offer discounts for students, and are either free or discounted on Sundays. A trip to Neuschwanstein Castle is also an absolute necessity when in Bavaria: 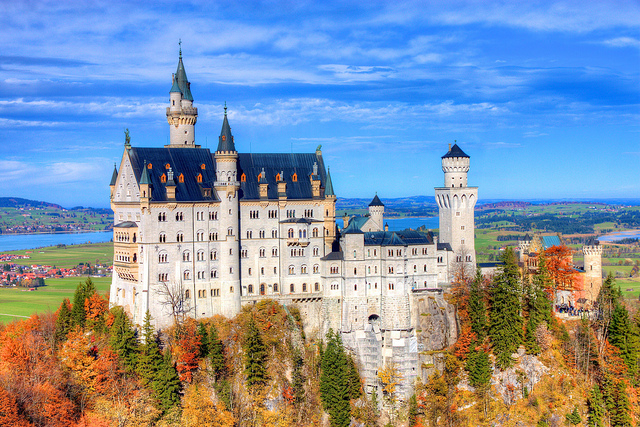 10. Indulge in Bavarian cuisine
Many people may have stereotypes about Bavarian food and these do often prove to be true, but Munich also has restaurants offering food from all around the world. One of my favourite places for a quick bite to eat is Condesa, a cheap but delicious Mexican restaurant. Don’t be put off by the stereotypes about Bavarian food however – it is definitely worth trying!

by Simon Pickerill
Living and working in Germany