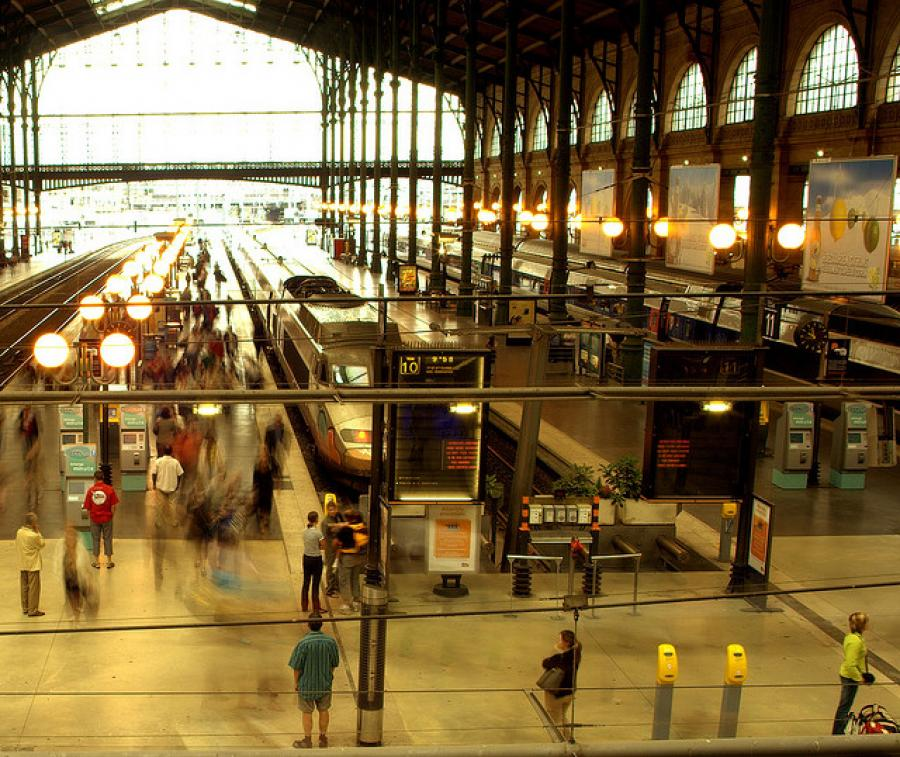 This article was written by Katarina Bickley, published on 29th September 2014 and has been read 25678 times.

To be fair, I do partly have myself to blame for the inconveniences that I have faced at French train stations, but I’m still going to rant about them. (Basically, it took ages for me to get my Navigo pass so I had to buy individual tickets every day for work – so long).

Now I’m not saying that the British system is perfect, because it isn’t. But 90% of the time you can at least rely on there being a working ticket machine or an actual human being who can serve you.

In France (in addition to a severe lack of announcements) most ticket machines only accept coins and ticket offices are often ‘fermé.’ Every day I’d feel ever so slightly on edge as to whether I’d actually be able to purchase a ticket or instead have to face the dreaded task of ‘jumping the barrier’ so that I could actually get to work. Having a Navigo pass is like being in a dream world.

Some places aren’t open on Mondays, others not on Tuesdays, most not on Sundays and many not over lunchtime. As you can see it all becomes very confusing and extremely frustrating when you wake up at midday on Sunday and France has basically shut down…

A concept that ceases to exist in France: merely a road decoration that is ignored by all French drivers alike. It is advised to look both ways multiple times if you want to avoid finding yourself millimetres away from an oncoming motorbike.

The French are renowned for their endless amounts of paperwork which, funnily enough, also takes them an endless amount of time to process. Expect to sign at least ten different documents when you open a bank account, have to wait up to three weeks for your Navigo pass to be delivered and understand that if you’re told you’ll receive something by Monday, they really mean Friday. To sum up: everything takes just that little bit longer than at home.

On a slightly lighter note, I must warn you about the significant lack of crisp flavours offered in France.

A top tip before you arrive: go on a Tesco splurge and buy multipacks of all your favourite flavours, unless you want to be forced to choose between plain, paprika, or plain. It pains me that the French have not been exposed to the delights of prawn cocktail, salt & vinegar and cheese & onion. Luckily for me, I have an M&S nearby which has saved the day and cured my cravings, but I’ll definitely be stocking up when I’m next in the UK.

Now I realise that this may sound as though I hate the French and I hate France, which in reality is very much faux. I’m absolutely loving my year abroad experience so far, and living in Paris is just a dream. There are so many things that I’m jealous of: the endless number of patisseries, boulangeries, créperies, the effortless chic of the Parisians, the cheap yet nice vino, being wished a good day and evening on a daily basis… the list goes on!