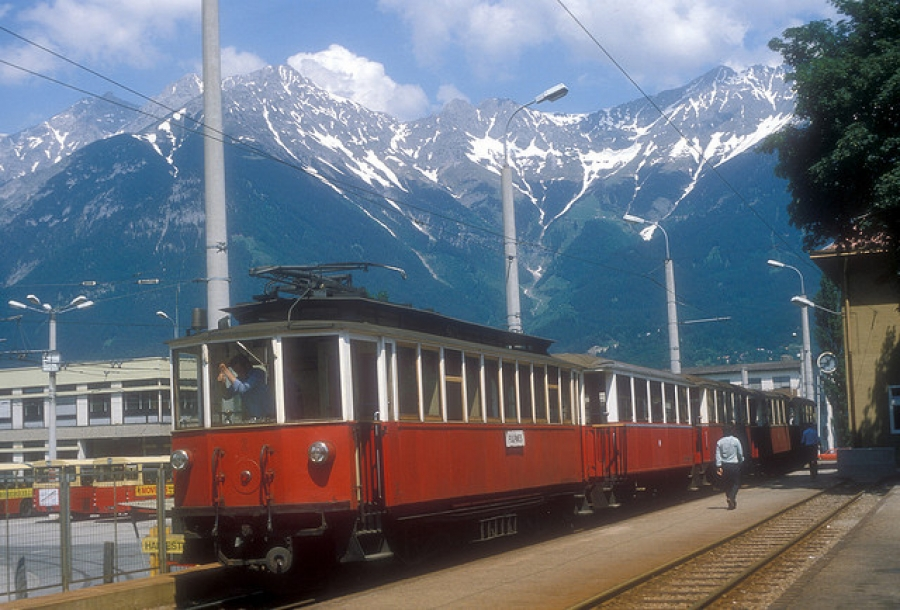 This article was written by Antonia Storey, published on 7th December 2010 and has been read 36705 times.

Austria Innsbruck Mole Diaries St Andrews Uni
Antonia is studying for a single honours MA in German at the University of St Andrews in Scotland. She spent her year abroad working for the British Council in Austria as a Teaching Assistant and chose Tirol because the pictures in the guidebook showed it to be the prettiest area in Austria and she was keen to learn to ski. She says "I had an absolutely AWESOME year and whilst I do not for a second regret my choice, here are a few things I wish I’d known before I left..."
Towns in Tirol are TINY, so when selecting a small town I had actually chosen something equivalent to a British village. So if you want a town in Tirol put down that you would like to live in a city and you’ll probably end up in Innsbruck which itself only has a population of about 100,000. Tiroleans are really friendly in terms of saying “gruas di” in the street but it’s really hard to form a friendship with them beyond that.  However it is possible, you just have to be determined and a little pushy and don’t take it too personally if it takes a few months for friendships to form

Sensible shoes!! The likelihood is you will have to do a lot of walking and heels are just not practical. I took lots of heels with me and only wore them a few times, which leads me on to my next point... ... if you’re going to be a teaching assistant in Austria, take a ball dress/male equivalent. The Upper Sixth Form hold a ball in their October/November and it’s a great way to bond with your students and other teachers. I went to five balls in total so maybe pack more than one dress if you like some variety.

Austria is full of traditions and you shouldn’t miss any! Here are a few you definitely have to see/get involved in: Krampus: Krampus time involves the men in each town dressing up in terrifying masks and running around with Krampus sticks hitting people. It can take you by surprise the first time it happens but the Krampus parade is amazing to watch and completely unique. Fasching: dress up warmly and go and watch a parade on Faschingsdienstag. In Innsbruck this involves arriving into the town at about 1pm and drinking alcohol from then on. Probably one of the best days of my Year Abroad from what I can remember... Hahnenkammrennen: this is the downhill skiing race that takes place every year and even if you’re not into skiing in a big way you can’t afford to miss this. From Friday evening until Monday morning this small Tirolean town is taken over by winter sports fanatics from all over the world and everyone dances, sings and drinks in the street well into the early hours of each morning before getting up at 8am and heading to the Hahnenkamm to watch the race. The atmosphere is unbeatable and the opportunity to talk lots of German should never be passed up. Christmas Markets: Glühwein and Lebküchen. Enough said.

One of the first things you should do when you arrive in Austria is buy a Vorteilscard which you can get online or from any Hauptbahnhof. These will save you a fortune on travel within Austria (a Young Person's card costs €19,90) and once you’re signed up to oebb.at you will receive e-mails about cheap tickets to lots of destinations outside of Austria as well.

Drink Glühwein at the Christmas Markets Get adventurous at Area 47, Ötztal Watch the breathtaking Hahnenkammrennen Spend a sunny afternoon at the Alpine Zoo Skiing/snowboarding Have an aperol in Innsbruck Altstadt Climb a mountain and enjoy a Stiegl at the top Travel around all the small towns – they’re hidden gems. Eat Tiroler Bauerngröstl - Absolutely. Delicious. Leave and visit the other beautiful parts of Austria!
Most importantly of all, just make the most of all the opportunities you have whilst abroad. Grillen with your school teachers may not sound your thing but it will give you the chance to speak lots of German and you’re bound to meet new people and make new friends.  Enjoy the community feel in the little towns and living in one of the most beautiful countries in Europe. The mountain behind my house took my breath away right until the day I left so it seems the guidebook based choice was the right one I guess...

What to do when you arrive in Austria