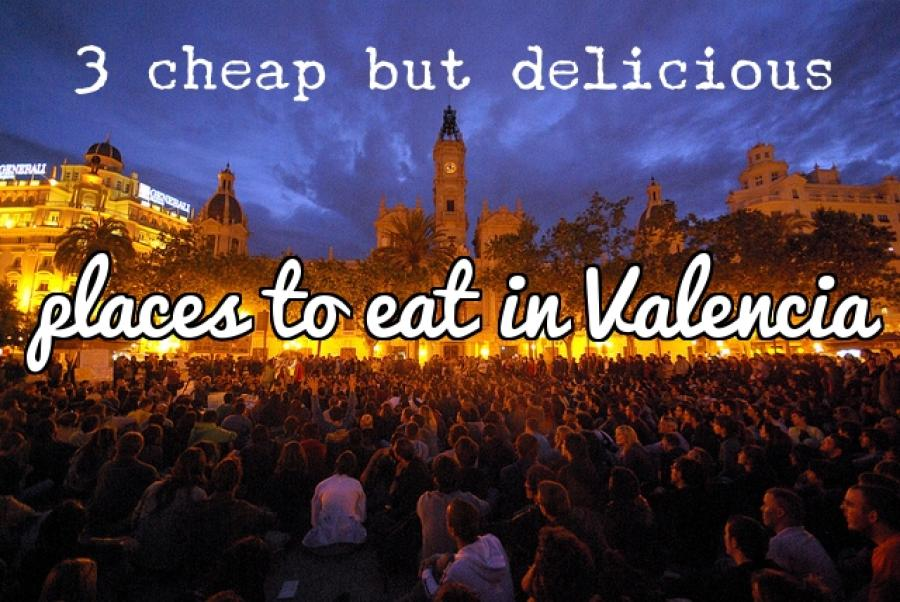 Lewis Rees is a third year French and Spanish student at UCL who’s about to complete his Erasmus exchange in Valencia, Spain. These are his favourite places to eat in Valencia (that won't break the bank!).

So, you want to eat cheap in Valencia, but don’t want to end up eating something unsavoury and tasteless, which restauranteurs in Spain too often target tourists with. Here are my top three suggestions which are tasty, but more importantly won’t break the bank! These places are the perfect alternative to spending your dinners at 100 Montaditos (where we all confess to have eaten) in order to save money *shrieks*. In fact, many are just as competitively priced and the food is much tastier. 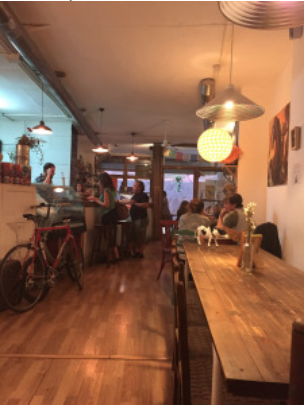 This is a small, open-window style restaurant located in Valencia’s trendy, largely Latin American populated district called Ruzafa (or Russafa, in Valencian – just in case Apple Maps gets confused). The restaurant cooks up tasty pizzas, scrumptious salads and delicious desserts. The interior has a rather open and friendly feeling whilst also managing to make you feel cosy and at home. The concept is simple: you can ask for as many pizzas as you like, but you can’t specify which pizzas you want. They do make some exceptions to this rule - you can request vegetarian pizzas, for example. Each pizza costs €1.50 and I would recommend ordering around two or three per person. This is the perfect place for sharing and it’s a must when you come to Valencia!

2. Kaña Makan, Carrer de Sueca, 61 (in Ruzafa) or Carrer de l’Explorador Andrés, 24 (in Plaza del Cedro, near the student district)
This eatery, whose name’s meaning I still haven’t managed to figure out, offers a delightful array of Arab-inspired dishes, all of which cost €1 (YES, €1 – so even cheaper than Montaditos!). You can choose everything from home-made hummus, paté and jam on toasted bread (which I highly recommend) to salads and bocadillos at a range of prices. The restaurant’s vibe is cool, although admittedly I prefer the vibe of the one located in Ruzafa. Like Montaditos, you tick what you want and then hand it in to the bar. While the food is delicious, the desserts aren’t something I’d recommend. They’re quite meagre and the taste has often caused mixed results when I’ve eaten with friends. 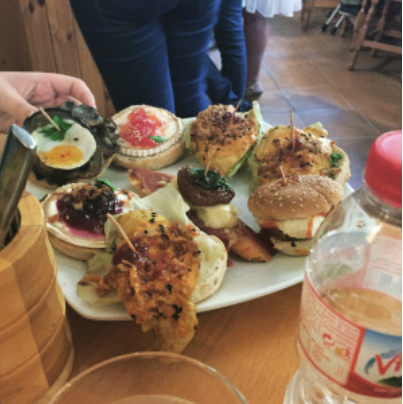 This quaint, bar-style restaurant is quite inconspicuous as it’s located far from the touristy sites in Valencia. Quite evidently from the name, it serves montaditos. Each one costs €1.70 so it’s a little more than 100 Montaditos, but it eclipses it in terms of quality and taste.

Like Kaña Makan, there is quite a wide range in terms of offerings; they have chicken curry montaditos, mini hamburger montaditos, paté montaditos, fish montaditos and more. Unfortunately there isn’t a large vegetarian choice, but the desserts are gorgeous (I solemnly swear...). The only real downsides are that it’s extremely popular with the locals so if you turn up late-ish at night, say 9pm, you will struggle to get a space and it’s quite cramped. Also, another piece of advice: it’s closed on Sundays (much to my disappointment). Despite ending on a bad note, this is truly one of my favourite little corners of Valencia.

There are also many delicious restaurants in the El Carmen district, but the prices there tend to be much higher. 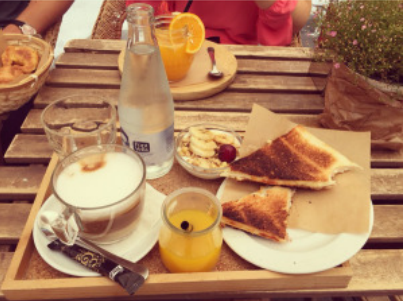 Where to avoid:
In general, avoid touristy areas in Plaza de la Reina. Tend to be pricy and quite hit and miss with quality! Avoid quite a lot of Chinese-owned restaurants along Blasco Ibáñez and throughout the city which serve frozen food.