The Year Abroad: Then and Now 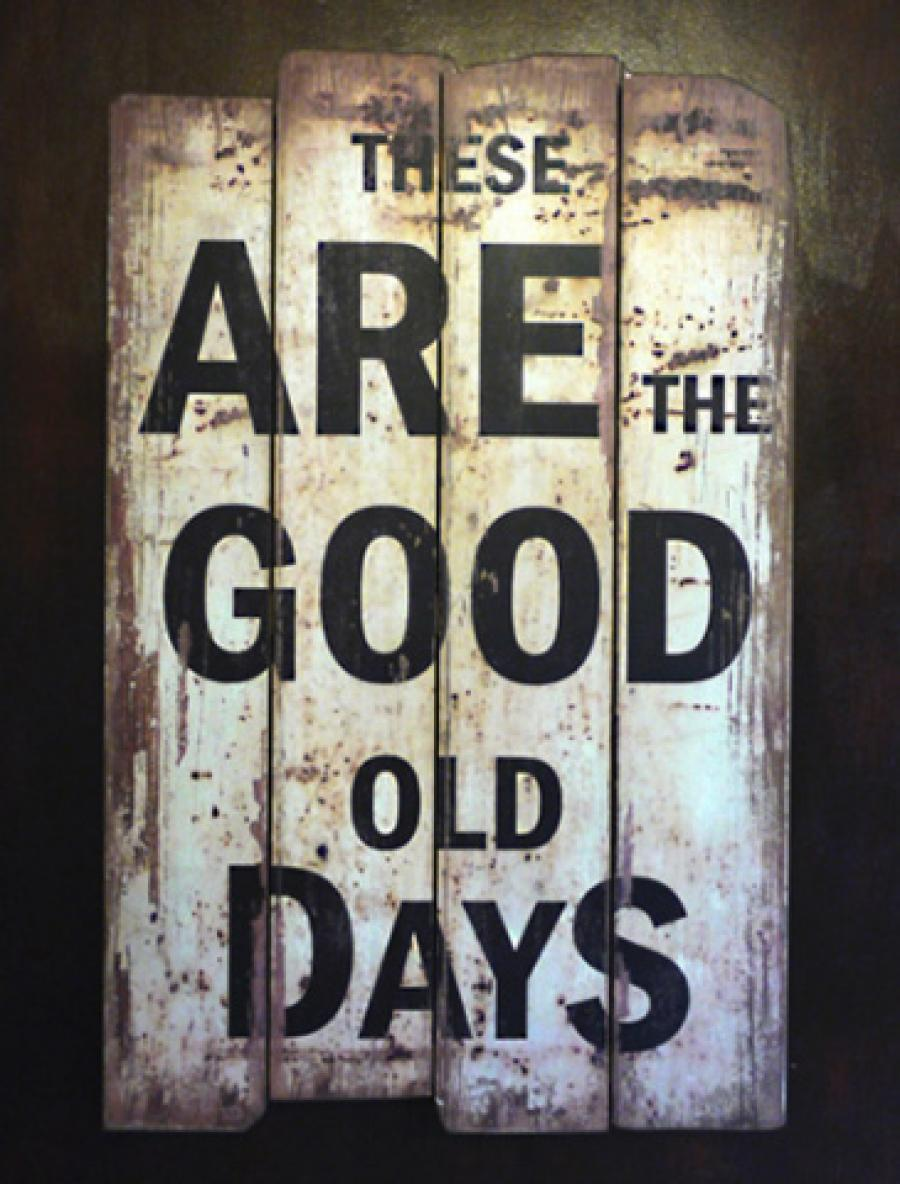 This article was written by Global Graduates, published on 8th November 2011 and has been read 4038 times.

Study Abroad Work Abroad Erasmus+
It has been fascinating to hear stories about what the year abroad was like 20-30 years ago. It makes me realise just how easy we have it now, although there were definitely benefits to being more out of the loop and less reliant on the Internet, which our contributors (one who studied abroad, one who worked abroad, one Erasmus student and one language assistant, all in Europe) were quick to point out. I thought I’d compare and contrast “then and now” for you here so you can judge for yourself. Please do let me know if I have missed anything or made any mistakes, and I’ll keep it updated…

Planning and Preparation for the year abroad

Students applied for the year abroad and found out their destination one month before they left, during which time they bought a map and tried to meet someone who had been there before. They were often sent to cities off the tourist trail, and so guidebooks were hard to come by before arrival.

Students are given a list of cities to rate in order of preference, meanwhile they can research destinations online, reading case studies and top tips from previous students on ThirdYearAbroad.com!

Travelling to and from your new home

The majority of students who moved to Europe for their year abroad either went by car or by coach and train. Those who decided to drive teamed up with a friend and booked their banger onto the car ferry from Dover to Calais, having mapped out their onward journey. They shared petrol and ferry costs, enjoyed an adventurous road trip, and parking abroad wasn’t a problem. Travelling by train and coach required a sack load of accurate timetables, and took a long time. The journey from Basingstoke to London to Paris to Le Mans in France, for example, meant a 21-hour trip! And once tickets were booked, they were booked – despite frequent unpredictable strikes abroad which scuppered travel plans and routes were tricky to rearrange. Tickets for the return home were booked in person at a travel agency in the centre of town, but students were not officially allowed to return home during their placement, even though they often did at Christmas and Easter.

Few students want to take their car on their year abroad due to expensive petrol and parking costs. It’s far easier to fly! By heading to a flight comparison site like SkyScanner.com, students can book their travel arrangements well in advance (by price instead of by date for cheaper rates), and statistics show they do an average of 8 flights on their year abroad, both home and on holiday.

If their home university told the student that they had to book a room on the foreign campus in advance of arrival, this necessitated expensive international phone calls and recorded letters. Once there, SH recalls that in her all-female hall of residence there was a ‘gardien’ who came round at 10pm with his Alsatian, knocking on all the doors to make sure there were no men in the building! If students had no prior arrangements, then they arrived in town and quickly scanned newspapers, free papers and noticeboards for accommodation to fit their budget.

SH - “I still remember a friend of the family driving down from The Netherlands to Metz early one February morning to move me lock, stock and barrel to Mannheim, another city I had no idea about. We finally got there and I went to the University accommodation office - only to be told that my home university had not arranged any accommodation for me!! I was stuck in Mannheim with nowhere to stay, unable to afford a hotel for any length of time and with no way of finding accommodation other than the classified adverts section of the local newspaper – and the family friend had to go back to the Netherlands that evening. We went to the train station to get a coffee and decide what the best plan of action was. I was in tears, and bemoaning my predicament loudly in English when a set of keys came over my shoulder - an American exchange student was on his way home for a month and, having heard my problem, decided I could stay in his room whilst he was away. We went to the public telephone boxes and he rang his flatmates who agreed to take me in. After three weeks of going to the main station, buying a local newspaper, poring over the classified ads and making untold telephone calls every day, I eventually found a tiny box room with a bed, a desk and chair, a hotplate, a wardrobe and communal bathroom facilities. Having said that, it was near the university, which meant that although I had higher rent than those students fortunate enough to be living in university accommodation, I had no transport costs.”

Before they go, students often search online accommodation boards like appartager.com (and our Forum!) for flats and flatmates abroad. Others get a cheap return flight to their destination for a week a couple of months in advance of their stay and flat-hunt in person, both on- and offline.

Communicating with home friends and family

There were massively oversubscribed payphones in Halls of Residence (students planned strategic timings for the weekly call home!) and payphones in shared apartments (with swindling landlords who regularly upped the prices). It would regularly cost 100 francs/£10 per call. Year Abroaders recollect making calls from train station payphones, hexagonal glass booths in the street and classic restaurant phone booths.

AMG writes writes that in 1992 “Letters were the main form of communication with friends. My parents, in particular my dad, and my extended family also wrote letters too. I used to get and write several letters a week, and loved the whole written correspondence thing. Receiving a letter was always a highlight and I still think it is much, much better than getting an email! Letter writing is a lost art. It was also good because people would include press cuttings or magazine articles that they thought I would like – a bit like sharing a file on the internet now!”

Where do I even begin?! Skype, email, blogs, vlogs, Facebook, cheap international phone calls, Flickr, Twitter, FourSquare… Your friends and relations can know where you are, who you’re with and what you’re up to at the touch of a button! It’s important to break away from this a bit on your year abroad though. You need some freedom to explore and have adventures without feeling the need to update your social media network! One of the main differences between then and now is that you had to stick to arrangements once they had been made. It’s far too easy to be flakey these days.

Universities were quite relaxed in terms of work and deadlines, not putting too much pressure onto foreign students. SH, who spent half of her Year Abroad in Metz, France in 1985, recalls ordering books from a Rolodex catalogue in the University library and having to wait for two days for them to be retrieved from the closed stacks (or to be told two days later that they were not available). Home universities also took special care to ensure that their students were well looked after while they were abroad.

AMG remembers that about two weeks into her year abroad in Granada (in 1992) “a lecturer came to visit us to see how we were settling in. We all went for dinner one night, and he went home happy we were all in accommodation and still alive. Apart from that, we had little contact with university. If we wanted to ask anything about a dissertation or anything, we had to write them a letter. One of the girls ended up in casualty once, but I can’t remember whether we reported that to university or not.”

On top of intensive work for their destination university (and the dreaded exams…), students are now also required to complete essays and coursework (and dissertation notes) for their home university. Work is emailed and faxed back, and students have to pass their year abroad to pass their whole degree. Home universities are in general email contact with students over the year, but individuals also receive excellent advice and support from the network of current and previous year abroad students on ThirdYearAbroad.com, and via our Forum, Twitter account and Facebook page. They can pass on their own advice, meet up with other UK year abroad students on arrival, get online study support and find out how to make the most of every second they’re away.

Conclusions from our contributors*

SH - I am still in contact (now by email and Facebook) with many of the friends I met in Metz and Mannheim and really wish that I had had the benefit of the Internet, email etc. when I was setting out on my year-abroad adventure 26 years ago. I would have also liked email and Skype to enable me to keep in touch with my family during my time abroad. I am not saying that things are better now than they were 26 years ago, just that the world is a much smaller place thanks to the Internet.

KH - Actually, I have no real memories of it being difficult. Journeys were long, but affordable and I was having such a ball it didn't matter. And it was the first time I'd ever flown, so that was exciting too! And going somewhere to buy a travel ticket was just normal. Come to think of it, maybe that's one of the reasons I was thinner – I had to actually get off a chair to get things sorted out!! Best year of my life! I'd do it again in a heartbeat.

AMG - Because we didn’t have email, or Facebook, keeping in touch with people you met while you were on your year abroad was more difficult. I’ve lost touch with most people that I met on my year abroad but nevertheless kept in touch with a couple of key people. I’ve even recently found a couple of people again on Facebook, which is lovely. But really the only way back in the early 90s was letter or telephone, so you had to both be very persistent about keeping in touch to make it work! I have retained some excellent friendships from both periods abroad – with friends from across Europe and the wider world. Obviously there are the people I lost touch with, but overall the close friendships have remained.

Gone international: the value of mobility