The time I moved to Madrid and forgot what English was 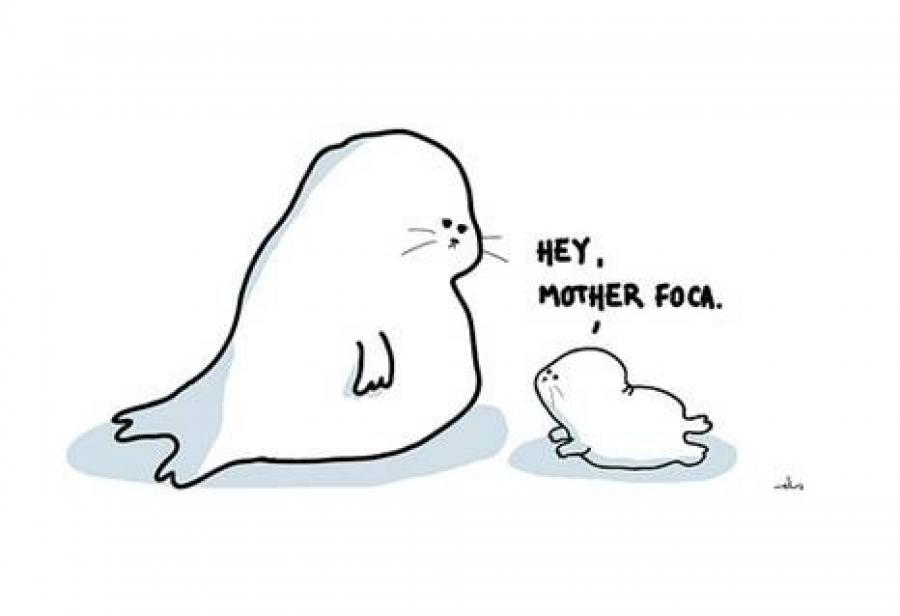 This article was written by Anna-Marie Odubote, published on 22nd February 2013 and has been read 8288 times.

Advice Language Assistant Lost in Translation
Anna-Marie Odubote is studying English Literature and Hispanic Studies at the University of Liverpool, and is spending her year abroad as a Language Assistant in Madrid... but it's affecting her English! Here are some funny experiences and linguistic mishaps she's had so far...

Heavy Rain on a Metal Roof

A lot of things have happened since I arrived in Madrid 5 months ago. I suppose the most obvious is the vast improvement to my substandard Spanish; more often than not people adopt the flattering presumption that I am from Madrid, until one of the following three things happens:

One: I forget how to conjugate a verb and drag out various vowel sounds until I’ve settled on what is usually the wrong one, which makes me look like I’ve been put in slow motion and sound like Willy from Free Willy.

Two: I simply do not know how to say what I am trying to say and end up describing small things with 1000 words – while trying to describe Lemsip at a pharmacy I asked for ‘something you put in hot water and the thing is like powder and it is for pain here and congestion here and sometimes with the flavour of lemon and in England we call it Lemsip?’ only to find that the pharmacist had lived in the UK and knew what Lemsip was.

Three: the conversation takes a turn for the rapid, and in response to my simple Spanish I receive a torrent of rolled r’s followed by a laugh to say ‘you know what I mean?’ to which I seem to have found myself in the terrible habit of saying ‘si, si claro’ and returning their smile. Of course I don’t know what you mean, what you just said sounded like heavy rain on a metal roof.

Anyway it is at the end of these three scenarios that I usually get asked where I’m from, at which point I mutter a disheartened ‘England’ and they continue with an enthused ‘No way!!!!! I have been stay in England in the last summer do you know the Gloucestershire??!’ And this is the end of speaking Spanish in favour of them naming counties that I might know and me smiling and nodding.

Aside from this, most of my linguistic mishaps happen as a result of similar sounding words. I earnestly asked an elderly woman on the metro if she wanted to feel instead of if she wanted a seat (sentir – to feel and sentarse – to sit, come on now). I am also forever ordering dick in restaurants instead of chicken and the worst part of it is, in the moments leading up to my order I am always acutely aware of the fact that I want to say pollo (chicken) and absolutely 100% not say polla (dick) again but as soon as I need to articulate my order, it’s all ‘grilled dick’ or ‘dick salad please’. Nevertheless the waiters are always lovely about it and most of the time it’s like they haven’t even noticed, and I can ask for my Nestea as I sit with my head in my hands and wonder if I should be worrying about receiving a plate of grilled polla. And then there are the times when I just make it up; I very frequently find myself speaking gibberish that might sound like Spanish from far away. Once, when politely trying to squeeze past a woman in a sweet shop, I apologetically uttered the phrase ‘lo solio’. Now ‘lo solio’ is not real Spanish nor is it real anything as far as Google Translate knows – I got as far as ‘The Solio’ in Italian. I don’t know where it came from and I have only a vague idea of what I was trying to say, but luckily she got the idea and moved so I could scurry past in shame cringing at the floor.

But all of these things were of course, to be expected. What I did not see coming was the detrimental effect that living in Spain would have on my ability to speak English. Obviously when you move to a different country you are in full knowledge that you are now going to live, breathe, eat, sleep and defecate your target language but I never imagined I’d find myself surrendering 21 years of pretty solid English to a myriad of syntactical errors with such ease. My word order gets jumbled, I get flustered trying to think of English counterparts to Spanish and my accent does whateeever it pleases.

Do we all remember when Merseyside born footballer Joey Barton pretended he was French in that interview after his debut game with Marseille? Yes? Well, this is my life now. Only instead of French inflections, my words take on a decidedly Spanish twang. Also minus the whole being a man playing football for Marseille thing. I can just about keep a lid on it when with my English friends, (thanks for keeping me grounded, guys) but when I am at work in school, being the voice of authority for all things English means these things are allowed to slide. Calling Spain ‘Espain’ is okay. Occasionally pronouncing you as ‘joo’ is okay. At first, it was a necessary measure I took to make sure I was understood. I would speak very slowly and clearly in my own accent to teachers keen to practice English and be greeted with blank faces, only for one of the English staff members to repeat what I had said in a Spanish accent and trigger a rousing ‘ahhhhhh siii sii’ of realisation. I quickly learned to tailor my accent so that in classes and with friends it is always straight up English, but in every other situation I am slowly completing my transition into Speedy Gonzalez from the Looney Tunes. I sit on my high horse outside my ivory tower of English, dishing out vocabulary and sounding about as authentic as Obama doing a Doncaster accent while I do so. The most insidious trait of my new found Spanglish is the all-encompassing ‘no?’ at the end of a sentence. Like the Spanish equivalent of ‘y’know?’, this one has a habit of sneaking up on you, lurking about at the ends of unsaid sentences then flopping out of your mouth before you even realise you’ve said it.

Oh and the mistranslations. I’m always trying so hard to keep my Spanish head on, that more often than not I forget where or what my English head ever was. Calling a doctor’s note a ‘justification’ because the Spanish for it is ‘justificante’ is not okay. Calling the staffroom the ‘teacher’s lounge’ (I know) because the Spanish for it is ‘sala de profesores’ is not okay. At one point I had a student calling the head teacher ‘the boss principal’ because I couldn’t remember the word for head teacher, and when she offered that translation I nodded with dismissive urgency before spending the evening trying to remember what it is that we call a head teacher (it’s a head teacher by the way).

Language Assistants are drafted in to give the legit, genuine [insert country here] linguistic experience and in class, from the amount of times I have had to explain the terms ‘chirpse’ and ‘vibes’ to Spanish teenagers, I’d say I’m not skimping on the realism as far as my colloquial vocabulary goes. But when it comes to the legitimacy of my English outside of these situations, I can’t be so certain. How I laughed when I brought my boyfriend into school and children and staff alike struggled wrapping their heads around the name ‘Joe’ (That J sound doesn’t exist in Spanish, its ‘Hoe’, ‘Yoe’ or nothing. They settled on ‘Cho’). But the worrying thing is it’s only a matter of time before I forget how to pronounce ‘J’s, strip my name of an n and transform into Ana, my Spanglish alter ego - the gringo with no lingo. Then who will be laughing? Not Hoe, that’s for certain.

Gringo alter-egos aside, I’m not trying to say speaking Spanish is easy. As I’m sure the 'lo solio' incident proves, it's not. But the more time I spend in Madrid, the more I find speaking correct English to be increasingly impossible. In fact it’s a miracle I’ve even written this in English, no?