The other side of the Year Abroad story 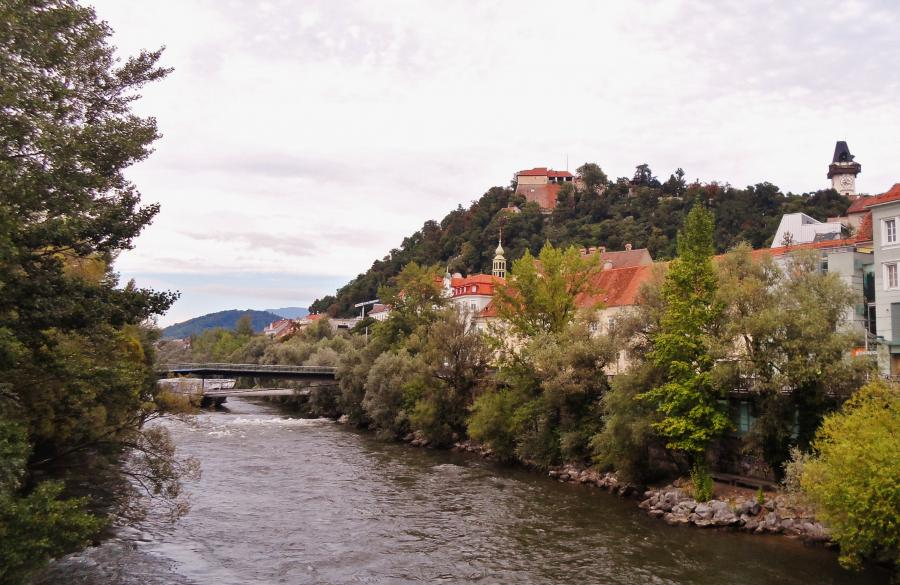 This article was written by Katie Gough from Lancaster University, published on 9th December 2014 and has been read 4095 times.

Austria German and Linguistics Lancaster Uni Mental Health
Katie Gough studies German and Linguistics at Lancaster University. She is spending her year abroad studying at Karl Franzens Universität Graz in Austria. In this post, Katie explains that the idyllic tales on blog posts and the picturesque views posted on social media are only half the real year abroad story!

When you tell people that you are going on a year abroad, many people have this perception that you are spending a year away on some sort of holiday, but nine times out of ten I think my fellow students would support me in saying that this is (unfortunately) not always the case! We strategically post about all the great things we get up to and all the amazing places we get to visit, and tend to forget to mention the fact that some days we spend in bed drinking tea and watching back to back episodes of English TV series, rejecting anything remotely related to the host country in which we’ve landed ourselves in.

It goes without saying that missing family and friends back at home is a huge thing on a year abroad. However like a lot of people, I’ve found it’s the most trivial things that I get most frustrated about! Everything from getting used to a new currency, to not being able to find a shop open on a Sunday, it’s all managed to get on my wick!

One of the most trivial, yet unavoidable things is the change in what you eat. Seriously now, I’ve gone to the length of having my mom send gravy granules and Cadbury’s chocolate fingers over to me. (Yes, this cost more in postage than for the contents… which is totally beside the point!) Especially during the first few weeks, getting used to the shops and finding out what they sell (or don’t), it’s a major task, and still to this day I walk into my local supermarket praying that they accidently imported a boat load of Dairy Milk chocolate, proper bacon rashers and bags of frozen Yorkshire puddings. (Gladly accepting how silly this must sound, yet I secretly and desperately hope that others feel the same!). 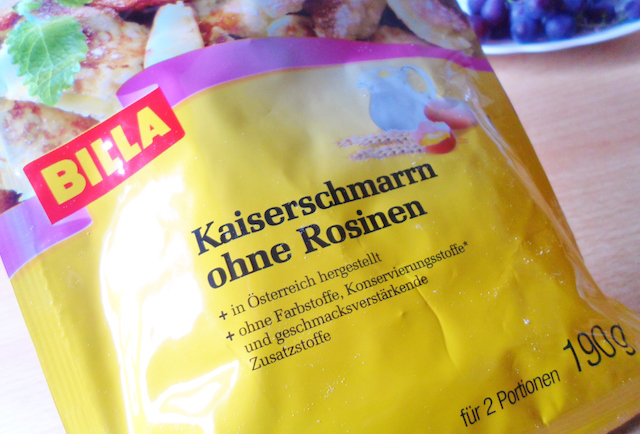 You’ve spent the last two years of university perfecting your pronunciation, revising realms of ‘useful’ vocab and ensuring all your datives and accusatives are in order, and then you arrive, you attempt to speak with a native, and well, the blank look on their face often says it all. It’s either that or you get a confused sounding ‘English?’ thrown back at you…*facepalm*. Especially if you are somewhere with a particularly strong accent or regional dialect, then half the time you really do question whether you have been learning the same language at all. Of course this is something that over time you can get used to but when you first arrive, you are plunged into this real life linguistic whirlwind and it really takes time to adjust to hearing the target language in such circumstances - the kind in which you can’t replay the track on the CD player! 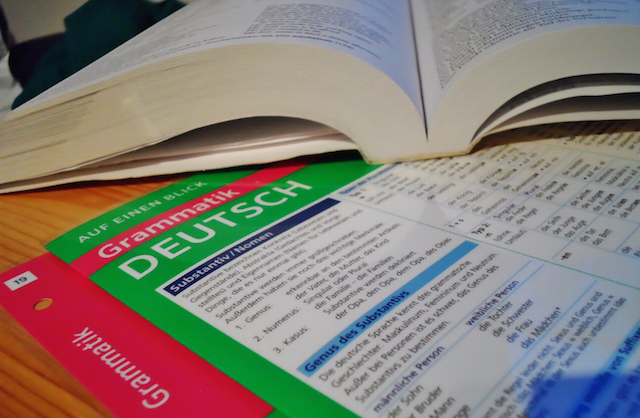 Being so immersed in the language, of course, is something that is necessary for the year abroad, but before you arrive you really don’t consider the amount of effort that it requires, even before you get into university lectures. Cooking instructions on food packets, sorting mobile phone or internet tariffs, filling out residence forms, and I have no shame in saying that there has been many an occasion where I’ve had to scour my German mini-dictionary in amongst the supermarket isles. You really don’t consider what extent the language affects every single aspect of your everyday life, and sometimes it really does get too much. You might feel like you aren’t making any progress at all and I guarantee there will be days that you will do anything possible to not have to hear a word of a foreign language. (Oh, how grateful we all are for catch-up TV!)

Finally I think it needs to be pointed out what a feat the general year abroad experience is, and that there are so many other things that come into the equation as well as the language. Personally I had never been so far away from home for such a long time; of course after two years of living at university, you get used to being away, but when you are abroad and thousands of miles away, unfortunately you often can’t just hop on a train on a whim! Flying alone is also going to be something that a lot of students haven’t done before and although it gives you this strange overwhelming sense of independence, I think many people would back me up in saying that it is quite a scary prospect at first. 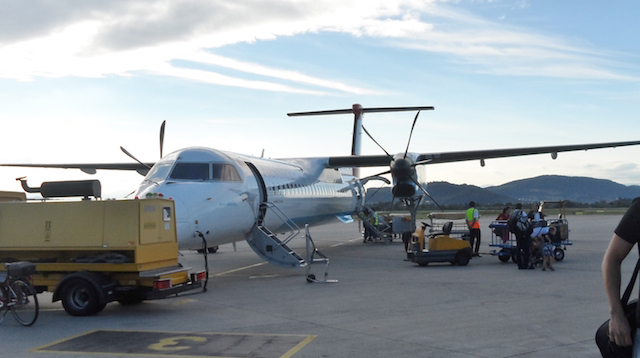 More often than not, you really are on your own in this new place, which means you have to make a massive effort to get involved and meet new people from all over the world. A great opportunity of course, but trying to fit into a new international community is sometimes very challenging, especially if you are quite a shy person; you will definitely have your fair share of awkward silences and sometimes lack the ability to find a common language, which is always a bit of a dilemma!

If you are studying at university then there are the lectures, where you try your best to fit in despite sitting there with your dictionary writing vocab lists. You sit and listen so very intently, yet it pains you how little you are following along and you laugh when everyone else does, but more so at yourself because you have no idea what is so funny. It sounds rather humorous in retrospect but when this kind of thing happens, you feel like you are going in no other direction than backwards! 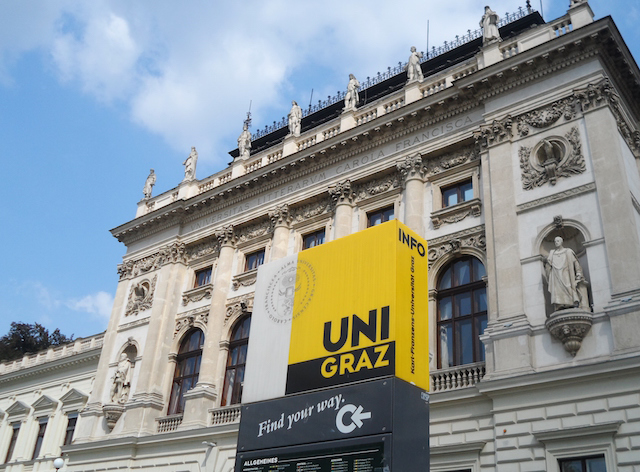 In all seriousness though, some days you have to learn to like your own company, yet others you just have to say yes and take further steps out of your comfort zone, which, honestly, you should try and leave at home the second you get on the plane. The language is only one cog in the machine whilst on a year abroad, and some elements are going to be tougher to conquer than others. I just want to reassure people and say that it’s okay if things don’t go quite as smoothly as you expect! To all the future year abroad students, I sincerely hope I haven’t put you all off, but I think it’s important to get some perspective on it all, as you deserve to know the full story!

A third year abroad is an amazing, yet such a challenging experience on so many levels, so don’t feel too alone when things don’t seem to be going as well as they are for everyone else; more often than not you will find that a lot of people are in exactly the same situation, they just don’t want to admit it!

If you want to read more about my rollercoaster experience then feel free to take a look at my year abroad blog.

I think this depends ultimately on the individual but also on what you do on your year abroad. My year abroad got rid of so much of my ocd because I was so embarrassed by the fact that I needed to clo...