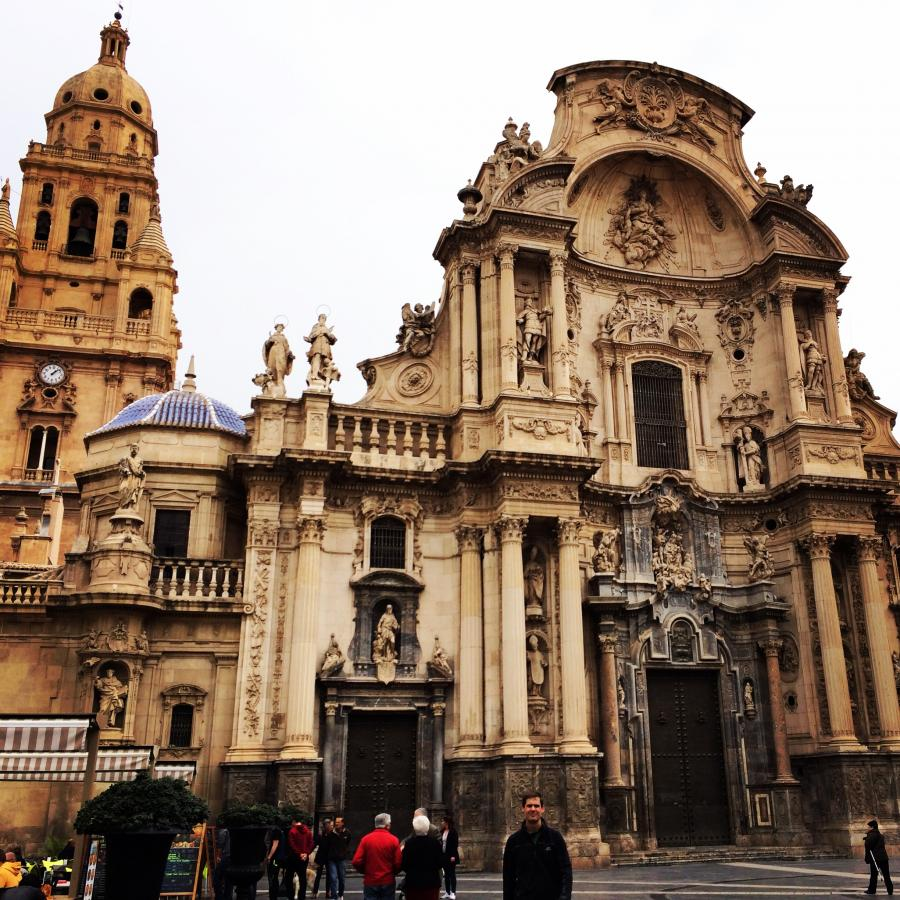 This article was written by Sandra Corbett, published on 4th March 2015 and has been read 4549 times.

Sandra Corbett is in her final year studying French and Spanish at the University of Edinburgh. She spent the second semester of her year abroad in Murcia, Spain as a Comenius Assistant teaching 12-15 year olds. Here is her guide to this lesser-known part of Spain. For more on Murcia, check out Sandra's blog.

Not many people have heard of Murcia in comparison to other areas in Spain, despite it being nestled in between Alicante and Andalucía, two of the most popular areas. This means it's not constantly overwhelmed with tourists, so there isn't that feeling of constantly being surrounded by English-speakers, which is great for your language skills.

I used the internet to secure a flat, which I would highly recommend as it saves any stress once you get to your destination. Searching ‘Murcia Erasmus’ or ‘Murcia Flatshare’ groups on Facebook is your best bet, as this is a great way to make friends and potentially find flatmates before heading out. I found my accommodation online at ‘Alojamiento Temporal’, which made the process really simple. They have several flats in Murcia, and the landlord was very communicative over email to describe the entire process, which was very reassuring. You can live extremely cheaply in Murcia, which is great when it comes to saving wages/Erasmus+ grants for activities.

Murcia is basically a heat pocket with a warm winter climate which grows stifling hot during the summer. Temperatures reached the high thirties in April, so packing light clothes is essential. There is also no need for a raincoat, as there was no rain at all during the four months I spent there. I also recommend installing a dictionary app on your phone which is useful when you’re out and about in case of any mind blanks. In terms of home comforts, British snacks such as Cadbury’s chocolate and tea are available in El Corte Ingles, which is one of the biggest department stores in Spain. However, if you don’t want to pay twice (or three times) the price for a box of teabags, take an emergency stash with you.

Plaza del Cardenal Belluga houses the Cathedral as well as several cafes and restaurants selling lots of cheap tapas. I recommend Heladería Sirvent, a great ice cream café with around 30 different flavours. The plaza usually has activities on a Saturday, for example, I went to an art class where around fifty of us were painting the cathedral. If you're into shopping, there is a great selection of shops from designer to the general high street variety. Zara, H&M and Mango are all there, and there is even a Primark if you fancy venturing 15 minutes on the tram to a shopping centre.

The university is located right in the middle of the centre so there are lots of bars about which is great for evening entertainment. You can easily walk around the city centre and see the sights in an afternoon, and there are trams and buses which are clean and easy to use. I recommend you use the bus system for the whole Murcia region as well as the city centre. I went on day trips and explored five or six cities within the region as the service was so cheap and reliable. Use LatBus to book tickets online, or just show up on the day: the buses are never full.

If you are lucky enough to be in Murcia over their Semana Santa or Easter holiday, you will be met with a party from morning till night! The locals get dressed up in traditional costume and parade the city streets, which get pedestrianised especially for this. The plaza turns into one big music festival too, which is great for seeing local artists live.

The Bando de la Huerta takes place right after Semana Santa, and is a celebration of all Murcian produce. The streets are filled with people, and the unique feature of this festival is the food being thrown about by the onlookers. I have no idea why, but just prepare yourself for flying food!

Murcia’s climate allows for a large amount of citrus fruit to be grown yearly, and they are very proud of this. Make sure you try their lemonade, it beats anything found in the UK.

There are several museums in Murcia, and the best one is the Museo Arquelógico. It’s full of history about the area with a random pool in the middle, which looks cool if nothing else!

If you fancy going to a lesser known and less touristy city in Spain, I would highly recommend Murcia!