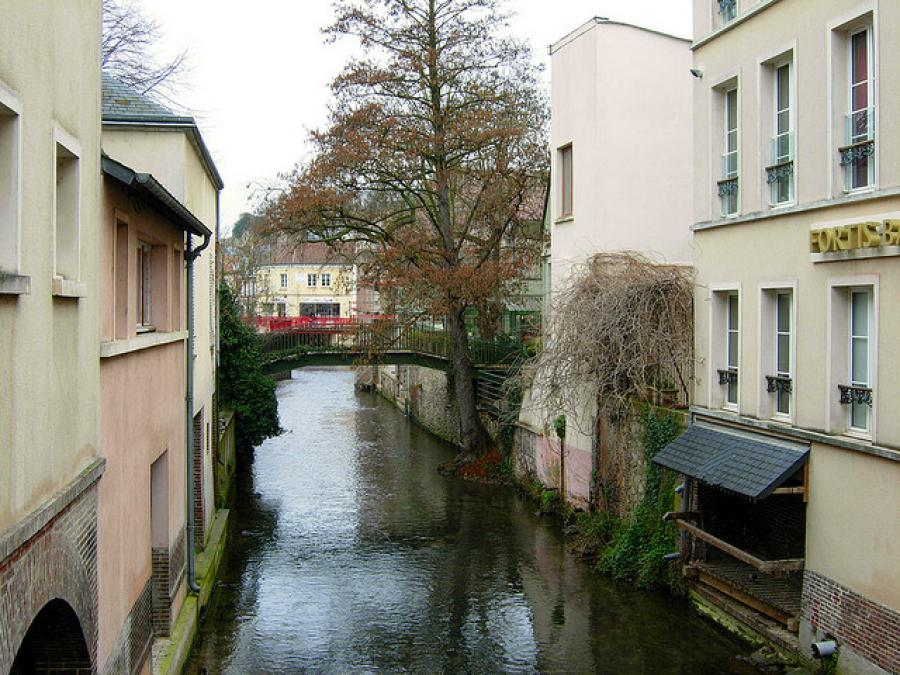 This article was written by Jessica Wells from The University of Oxford, published on 7th May 2015 and has been read 3968 times.

Jessi Wells studies French and History at the University of Oxford and is spending her year abroad working as a language assistant at the lyceé Edouard Branly in Dreux, France. This is her guide to the area of France that's just as attractive as Paris...

Tell a French person you live in Dreux, and their response will be either, “Dreux? Never heard of it…” or “Dreux…that’s good for shisha, right?” The town doesn’t exactly have a sparkling reputation, but there’s far more there to keep you occupied than you might think. And with Paris and Chartres ‘on the doorstep’, it’s actually a pretty good place to spend a year abroad!

If you’re coming to live in Dreux, it’s most likely that you’ll be doing so as a Language Assistant. In this case, your school will probably provide you with accommodation – you might not even have to pay rent.

The hôtel Le Beffroi is a good choice for when people come to stay: friendly staff and a magnificent buffet breakfast!

Dreux is relatively easy to get to from the UK, and the fact that it is so close to Paris makes travelling elsewhere fairly simple.

There are a number of transport options:

Bus
The Transbeauce is the quickest way to get to Chartres and Orléans (just be sure not to miss the last bus back at night). There is also a well-developed and relatively cheap bus network within the Agglo du Pays de Dreux itself.

Train
The Transilien N runs directly from Dreux to Paris, taking just over an hour.

On foot
Dreux isn’t that big…!

In France, food is always a major consideration! Some of the best places to eat in Dreux are:

Le Market Pub
Relatively expensive, but definitely worth it for their gourmet burgers and tarte tatin, which are sublime. A friend’s parents commented that they had their best meal in Europe in this restaurant!

Ristorante Caffe’ Dante
For fabulous Italian food (the desserts are particularly good). Easy to find, too, due to its convenient location on the Grande Rue Maurice Viollette.

Pizza Gogo
A friendly, noisy, welcoming pizzeria, with live music on a Thursday evening. It’s off the high street, but definitely worth a visit!

Le Métézeau
A hidden gem, located just off the Place Métézeau: €6 for an enormous plate of burger and chips at almost any time of day, with very friendly service to match.

It won’t take you long to explore the centre of Dreux, but there are lots of ‘hidden gems’:

La Chapelle Royale
Make this a priority! As the burial place of French royalty, the chapelle is Dreux’s major claim to fame. It’s closed from October until April, so make sure you find time to visit in the summer months (though masses are held on various occasions throughout the year, and are worth attending whether you’re religious or not). On the theme of religion, it’s also worth having a look inside the église Saint-Pierre, Dreux’s very own thirteenth-century church

Museums
Dreux is home to a number of museums: the Musée d’Art et d’Histoire is definitely worth a visit, as is the Ecomusée des Vignerons et Artisans du Drouais – the guides are very enthusiastic, so allow at least two hours for a tour! The Montulé Maison des Arts puts on various exhibitions throughout the year, as well as offering weekend stages in drawing, sculpture and mosaic

Cercle Laïque
For ‘people with free time’! In practice, this means that most of its members are retired; but getting involved in activities at the Cercle Laïque – from cooking to singing to yoga – is a great way to meet new people and find a new hobby

Festivals and events
Dreux has a rich cultural calendar: from the foire Saint-Denis to the Carnaval des Flambarts, there is almost always something going on. The Téléthon Loto is also a major event for a great cause, though prepare yourself for six hours of bingo calling and sandwich-eating…

Sport
Joining a salles de sport is probably the best way to make friends in Dreux (or at least friends under the age of fifty)! FanTonic puts on a range of classes; the instructors are friendly and professional. It’s possible to get involved in basketball, dance and even martial arts at the cultural centres and other gyms

If you get bored of Dreux (admittedly, there’s not much to do in the evenings), there are plenty of other nearby towns which are worth a visit:

Paris
I don’t think I need to elaborate on this one! Versailles is also on the train line between Dreux and Paris, though it’s best to visit the château in the spring.

Houdan
A fifteen-minute train ride from Dreux. It won’t take you longer than half a day to explore, but the church is beautiful (and the nearby crêperie fantastic).

Rambouillet
A bit trickier to get to, but well worth the trip for its gorgeous château.

Maintenon and Anet
Smaller ‘château towns’ to visit on a free afternoon.

It may not be Paris or the south, but Dreux has its own charm. People are friendly and welcoming, and will very rarely speak to you in English. It’s a town which will really come to feel like home!

by Nupur Patel
Living and working in France