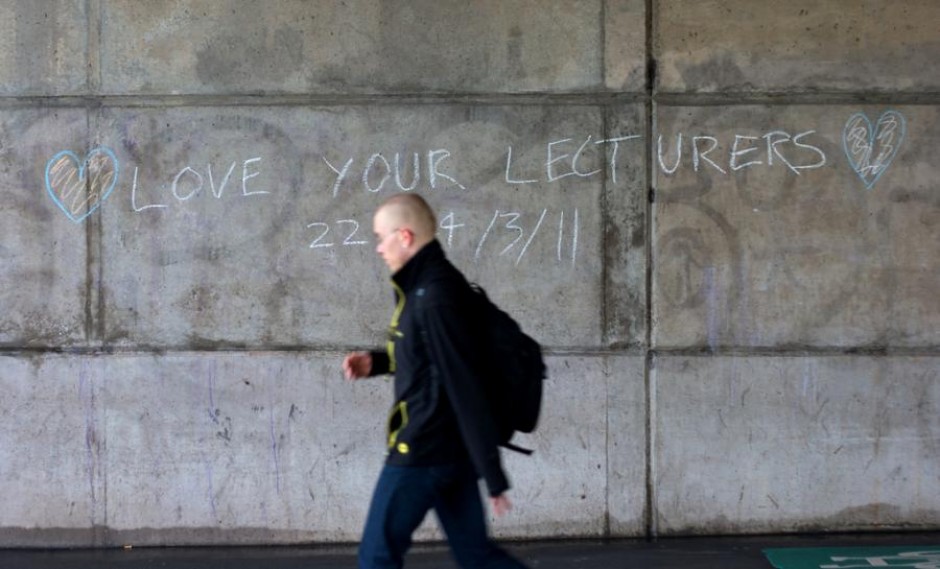 This article was written by Ben Brunton, published on 19th September 2016 and has been read 4982 times.

Ben Brunton is a French and English Literature graduate from the University of Sheffield. He's currently on a lecteur exchange and about to go into his second year of teaching English at the Aix-Marseille University in France. Here's his experience of working as a lecteur (female: lectrice), or native English-speaking assistant, in France, the application process, training, pay and effects of Brexit.

Some jobs are hard and there are others that you can hardly believe you’ve managed to land; fortunately for me, being a Lecteur at the university of Aix-Marseille falls into the second category.

Although under many different guises the role of Lecteur will inevitably be familiar to most, if not all modern language undergraduates in English-speaking universities. Whether it is in the form of conversation classes, extra academic support, or society events, we have all benefitted in some form from the wisdom of native speakers aiding us in our quest to hone our language skills and accents. What we often overlook is that like the brave native speakers that come to help our best efforts in their respective languages, we too send over our own language assistants to Europe, in my case France, to do the same. What’s more, if you’re lucky enough to get the chance, it’s one of the most relaxed graduate jobs to opt for.

In French universities a day in the life of a Lecteur may vary marginally, but the format remains the same. Firstly, it is a French government requirement that a Lecteur’s hours be capped to a maximum of 350 per academic year, which can be broken down roughly into a 12-hour week, leaving a lot of free time to CV build, study, or simply enjoy your time abroad and travel. In addition to this, universities tend to contract you for the full year (the role being limited to a maximum of two years), meaning that you are paid for two months over the summer holiday period; something that can cut you a great deal of slack when your time as a Lecteur draws to an end and your pondering your next step.

As for the responsibilities of a Lecteur, as I hinted above, these may vary across the board, but as a rule of thumb you can be expected to cover anything from speaking and listening classes, which requires little more than the ability to play an audio file, to optional English classes for non specialist students. And although it can seem daunting when you have to face up to the present perfect, comparatives and superlatives and other things that you’ve subconsciously soaked up over the years, it’s never as hard as it seems. What’s more it’s worth it, especially if it means you’re the one who helps the penny drop for a student who’d previously struggled.

In theory the role is open to any native English speaker in possession of a bachelor’s degree, and surprisingly, being a French speaker is an advantage but not always a requirement. In spite of this, priority often goes to those on university exchanges; meaning that the best way to apply is through your home university in your final year. In my experience the application process usually consists of receiving an email from departmental staff followed by an informal interview assessing your capacity for the role. However, it’s safe to say that this may vary between universities depending on your country and place of study. Simply because you haven’t been directly contacted by your department staff though, does not mean that no such exchange exists with your university and it’s always worth enquiring. Alternatively, it is possible to apply directly through French universities themselves that often advertise online.

As for training, apart from a series of administrative meetings, the French prefer a hands-on approach. In other words, there is none. However, given the nature of the classes you’ll be allocated this isn’t something to worry about. What’s more it’s not unusual to have colleagues willing to let you shadow a class or two and people are often open to give guidance and advice. In addition to this, being closer in age to the students makes for a less formal class environment and a more easy-going atmosphere. Unlike professors, that have a more distanced relationship with students in France, as a Lecteur you’re very much on the frontline and if students are having problems with a piece of work it’s not unusual for them to bring that along to conversation classes.

Although it’s certainly not the sort of salary that you would receive from a big bank graduate scheme, it’s a generous monthly sum when you take into consideration the little hours you actually work; working out at just over double that of a British Council assistantship. On top of this, some universities offer extra hours but it’s worth being careful about how many of these you take on as they can be capped at a yearly total and may not be paid to you directly.

With many things thrown into the balance because of Britain’s regrettable decision to leave the EU there is cause for cautious optimism when it comes to such teaching exchanges. The two reasons for this are that French universities already have agreements in place with American universities and that exchanges between British and French universities actually pre-date the EU. So, with a bit of luck, becoming a Lecteur or Lectrice will remain a possibility for generations to come.

Formalities aside, undertaking this role has enabled me to do much more than work, which, for me at least is its biggest attraction. Not only have I gained valuable teaching experience and skills to add to my CV, it’s given me a completely fresh take on a place that I studied for four years at university and more importantly opened my eyes to the idea that experiencing life abroad isn’t something limited to a brief interlude in my degree, or the occasional holiday. In fact Europe and the rest of the world, to coin the old cliché, really are at our fingertips.