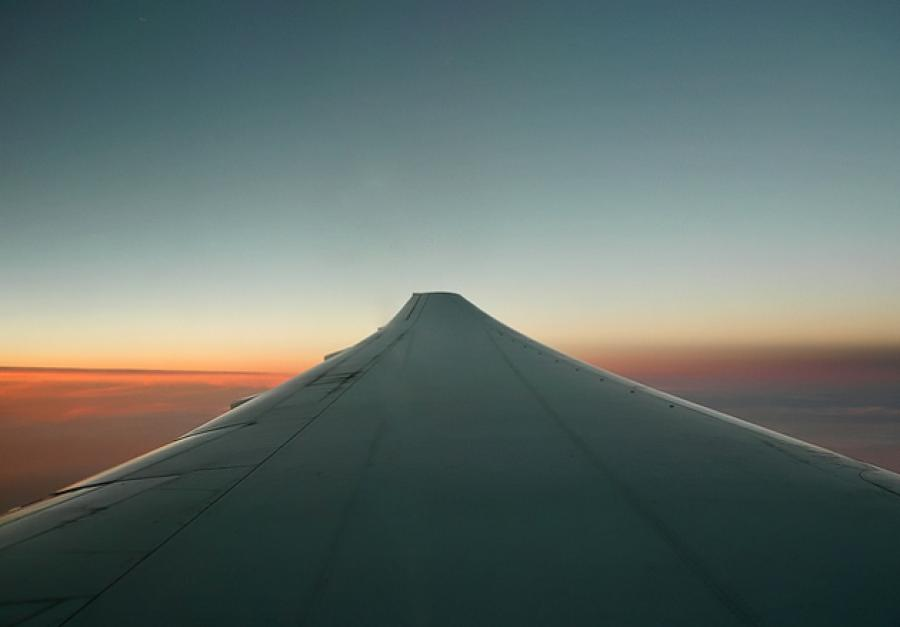 This article was written by Kia Marie Hunt from The University of Birmingham, published on 11th August 2015 and has been read 4949 times.

Kia Marie Hunt is a student of Hispanic Studies at University of Birmingham, and is spending her third year abroad at the Universidad de Montevideo in Uruguay. To keep up with her adventures, check out her blog. In this piece, she relives her first experience of flying Business Class.

To arrive at my year abroad destination, the capital city of Uruguay, I have had to travel for two days. My journey has involved flying from Birmingham to Frankfurt, then on to San Domingo and Panama City, a ten hour wait in Tocumen airport, and then finally on to Montevideo itself. When comparing flights, I had two options, each with their benefits and setbacks. I could’ve flown in economy class for the entire journey, and not had to wait around for so long, but for the same price I could choose to spend 14 hours of my journey in Business Class, with the catch being that my journey was a little more complicated. So, I chose that little bit of extra comfort.

Now, if you are a regular long-haul flyer and Business Class dweller, then feel free to continue reading whilst enjoying a little giggle at the expense of my honesty. However, if you have never even left Europe, or the longest flight you’ve endured is around three hours or less, then you are exactly the same as I was just before this adventure began, so hopefully you will be interested in my account of flying Business Class for the first time…

The first thing you need to know about it is that it’s awkward as hell - well at least it is at the start anyway. I don’t like to perpetuate the stereotype that British people and their efforts to be polite make them awkward and dithering (for example, it frustrates me when people make ‘relatable’ statuses like “that moment when someone is standing in front of the sandwich you want so you pretend to look at the crisps until they are gone.”). I am always talking about how people should just be confident and go for things without worrying about what people think. Yet, on this particular journey, I was a hypocrite. Though I hate to admit it I was most definitely awkward, dithering, and shy; the volume of my voice reduced to that of a little mouse. I had absolutely no idea that there would be so much to think about, and that everyone except me would know exactly what they were doing! (Or at least seem to anyway.)

Let me set the scene for you; I arrive at Frankfurt airport after my short journey from Birmingham. (A short journey, yet not an all too pleasant one thanks to the constantly screaming baby in the seat behind me.) I knew that Frankfurt was an international airport, but I had no idea it was THAT massive. Now, with one hour between my first flight arriving and my second flight leaving, I am running around, catching a bus here and a little shuttle train there, where the fudge is this gate!? When I finally find it I am bright red in the face, sweating and panting while everyone else stands around, cool as a cucumber. This brings me to my flustered entrance onto the plane, struggling to walk down the aisle with my huge backpack, and then struggling even more to squeeze it into the overhead luggage compartment. When I booked this ticket, I imagined myself sashaying down the plane in a smartly pressed pencil skirt and a pout of perfectly applied red lipstick, but no - welcome to reality.

Once I’ve flopped down into my seat, I notice the wealth of things waiting to be discovered around me: what is in this packet? And in this compartment? Why would anyone adjust their seat into that position? What does this button do? And the menu; do they ask if we want food or do they bring it anyway? Do we get to choose what we want? It’s the middle of the night, will they give me food even if it’s sleepy time? Whilst the rest of the plane settles into their economy seats (peasants...) an air hostess offers around a tray of drinks, and I notice some strange, seemingly unwritten rules about flying in ‘Comfort Class.’ For instance, no one finishes their drinks… We begin to taxi down the runway and a stewardess does the rounds to collect glasses, so, obviously, I tip my head back and try to down all of my orange juice before take-off (gotta make the most of a freebie!) When I’ve succeeded I notice the stewardess stifling a little giggle and she says something in German that I imagine to be “Have you got it all?” before she minces off with what I notice to be a tray full of drinks that are only half empty (or half full, depending on your outlook of course.) This absurdity continues throughout the flight - why does no one ever finish their drink!?

For the first half an hour I am desperate to try everything out, a new plethora of in-flight opportunities available to me, but this is where the awkward dithering comes in. For some illogical reason I begin to care about what other people would think about me, resisting my urge press every button and instead just waiting around and watching to see what everyone else did (which was precisely nothing.) Eventually I plucked up the courage to lean to the woman sitting next to me and ask, “do you fly in Business Class regularly?” when she confirmed that she did, my next, and oh-so-articulate, question was; “so the food, how does that work?” Once she kindly explained that we receive all of the starters (yippee!) and we just have to tell them our choice of main course, I felt confident again. But obviously my vocal chords didn’t get the memo because I tried and failed three times to communicate to the air hostess that I would like the fish option, and having to ask me to ‘speak up just a little bit more’ three times became terribly awkward. (Although, to be fair, the noise of the engine did not help.)

The starters were the final straw; picture a group of men and women in their comfortable reclining seats, delicately dining (from their main plate and many satellite plates) with elegance and finesse. Then, over in the corner was me, awkwardly attempting to look sophisticated while trying to cut a piece of hard cheese with a very small and very blunt knife. That’s when I gave in, I asked myself, Why was I putting myself through a struggle just to try and fit in? These people don’t care about what I’m up to, and even if they did it shouldn’t matter. Of course, for them, flying in Business Class was no big deal at all; they probably do it all the time. But I reminded myself that I don’t, and that, for me, this was a little bit of luxury, and that I shouldn’t hold myself back from making the very most of it.

With my newfound sense of freedom, I enjoyed my journey to the fullest. I popped the remaining few (large) chunks of cheese into my mouth whole, I turned on my little TV screen, chose a movie, adjusted my seat around 25 times, and tore open multiple mystery plastic packets, which I certainly do not regret as one of them contained the warmest, cosiest blanket ever. I wrapped myself up in my new indulgences, and though I still had to repeat myself a few times to order a drink, I forgot about everyone else, and their strange sense of Business Class etiquette, and I really enjoyed myself. Which brings me to my next point…

It’s really addictive. Yes, after my evening meal was followed by the best sleep I’ve ever had on a plane, complete with complimentary earplugs, eye mask, and a really soft pair of socks, I then woke up to a tasty breakfast, and I thought to myself, “I could get used to this…” I started thinking about how I would make sure to look way in advance and search for the best deal on travelling Business Class for my return flight. Then I realised I might be hooked, I already couldn’t imagine travelling for such a long time without being able to access such comforts. I always thought that I was a really cheap and cheerful traveller, but I appear to have been converted, and I now understand why people would pay that bit extra to avoid the legroom horror show that is Economy Class.

So, who knows, perhaps one day in the future I will read this back and cringe at what a Business Class newbie I was, and I imagine that I will definitely be one of those non-awkward people that actually knows what they are doing next time, but I’ve promised myself that I will still finish all of my drinks!

5 things I'm missing from home while in Uruguay

First impressions from a year abroad in Uruguay

Fly me to the moon: How to book cheap flights