The benefits of summer placements abroad 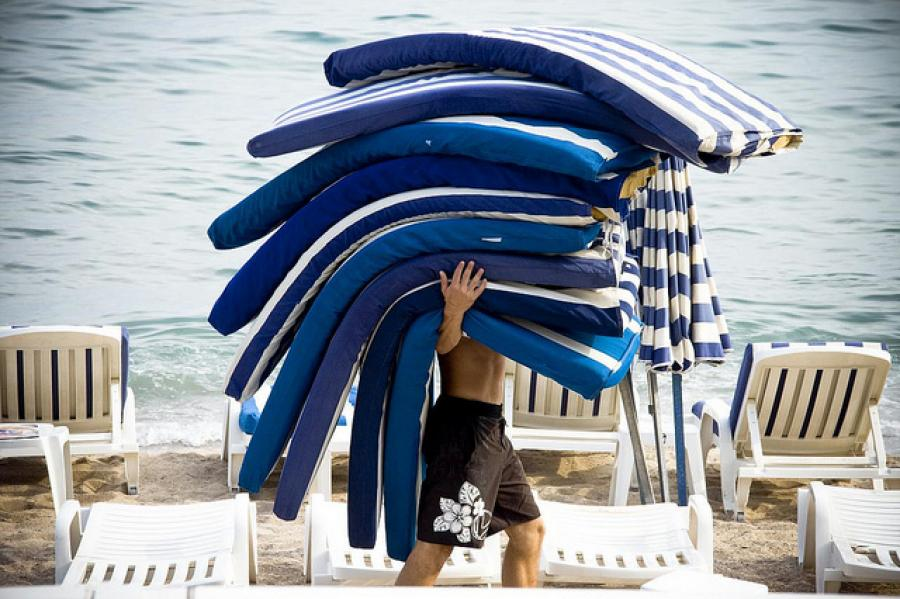 This article was written by Elise Davies, published on 23rd July 2015 and has been read 3765 times.

Elise Davies is studying French and Spanish at Bangor University. She spent the first semester of her year abroad working as a receptionist and a waitress in a Hostel in the French Alpes and is now doing an internship in a housing company in Seville, Spain. This is why she thinks you should make the most of your summers - by spending them abroad.

After spending a year in the unknown and feeling completely out of one’s comfort zone, it is very easy to breathe a sigh of relief when home time arrives at the end of semester 2. However, the four month summer holiday period between June and September is very long and is therefore the perfect opportunity to further develop your language skills! I have spent both of the summers at each end of my year abroad in France as I decided that I wanted to really maximise the amount of time immersing myself in my languages. I am therefore going to tell you a bit about what I have done during the summer holidays at the beginning and end of my third year and how I have benefitted from it to a great extent.

1. Language School
Last summer when I finished my second year of university, I set off to France at the end of June to do a four-week French language course in a language school in Cannes. I was naturally a bit nervous and overwhelmed when I set off as it was the very first of my placements abroad even though it was not compulsory. However, once I arrived in Cannes and got into the swing of things I was extremely glad that I had made the decision to do something extra.

2. Host Family
During my four weeks at the language school, I lived with a French family which gave me a really good insight into the everyday life in France as I ate dinner with them each evening and went to social events during which I got to know their friends and family members. I feel extremely privileged to have had this opportunity as it really gave me the linguistic confidence that I needed to go and work as a receptionist in Grenoble during semester 1. I also immersed myself in the language to a level that most Erasmus students do not experience as I lived and breathed French every minute of every day thanks to living in a French household.

3. Conversation Practice
Having the intense conversation practice with the family in the evenings was perfect as I would then spend five days a week at the summer school studying the technical sides of the language as well as further training all of my skills (listening, reading, writing). When I finished my second year of university I did not have a lot of confidence with my French so the intensive course at the school enabled me to revise and build on my previous knowledge and skills at the same time as learning new things that I would not necessarily learn at university. For example, during a private afternoon class, one of the teachers spent the whole lesson teaching me how to take and make business phone calls in French which was of great use to me later on in my receptionist work. I also found myself applying my French to real life situations such as bingo games, excursions, and picnics with my new friends at the school.

4. Public Transport
Furthermore, although it is not exactly language related, something very important that I got from my time at the language school at the end of second year was the fact that I had a month to try using French public transport alone for the first time. This may sound silly but it actually helped me a lot for my semester 1 placement as during the month in Cannes I had the security of the host family so I always knew that if something went wrong I would be able to contact them. It is surprising how different buses and trains can be in France so I really do think that I was very lucky to have been able to get used to how the French transport systems work in order to begin my time living in Grenoble in the most relaxed manner possible.

5. Travel experience
As a result of having the confidence to use French public transport, I was able to do some additional traveling at the beginning of the year. During that month I visited Cannes, Nice, Antibes, Monaco, Juan les Pins, and Mougins. This meant that when I arrived in Grenoble at the beginning of semester 1 I was ready to launch straight into the travel opportunities that awaited me and therefore saw as much of the region and country as I possibly could.

6. Internship abroad
Although there are many things that were amazing about my time in Cannes during the summer of 2014, one of the most incredible things that happened is that the school offered me an internship for the summer of 2015. I am therefore back in Cannes at the moment helping with children’s classes, jobs around the school and attending French classes for adults. I am incredibly grateful and feel thankful for this experience as it has given me another opportunity to improve my French skills as well as revising all that I learnt earlier on in my year abroad after being in Spain for six months. I have also continued to explore the region Provence Alpes Côte d’Azur since I have been here as I have visited Ile Saint Marguerite, Ile Saint Honorat, Eze Village, Goudon, Les Gorges du Loup, and Grasse.

7. Summer opportunities
So all in all, the main reason why I decided to write this article was to try and emphasise just how many additional opportunities there are out there on top of those that you get from doing your compulsory year abroad placements. From my experiences in Cannes, I would say that if there is any possibility that you could do a summer placement whether it be at a language school or doing a work placement, you should definitely do it as it opens yet more doors and polishes up those language skills to another level.

8. French Summer Classes
This is the language school where I spent my last two summers as I would highly recommend it due to the incredibly caring nature of the staff, high standards of teaching and interesting afternoon activities that the school offers. In fact, I really hope that some of you will consider attending this school in the future as it has been the icing on the cake that has both started and rounded off my year abroad in such a way that has made the entire year top notch. It is for this reason that I can’t stress enough how much you could get out of it. I know that I will now begin my final year of university in September feeling confident in both French and Spanish because returning to my semester 1 country at the end has made my French go from being a bit rusty and mixed up with Spanish to being better than it was when I finished my semester 1 placement in Grenoble last December. For this reason, I hope that lots more people will do summer placements in future years as it really is the key to beginning the final year in the best and most comfortable situation possible.

Anyone know how to find accommodation in Rome ASAP (20th June)?

Hi there, I didn't stay in Rome, however it might be useful to look at this Facebook page.I used facebook to find my room for my year abroad in Ferrara. Good luck with your search, and your internship...

Your year abroad is eighteen months, not nine! Make the most of your summer holidays!

Summer internships - and the living is easy...