The Benefits of Bilingualism 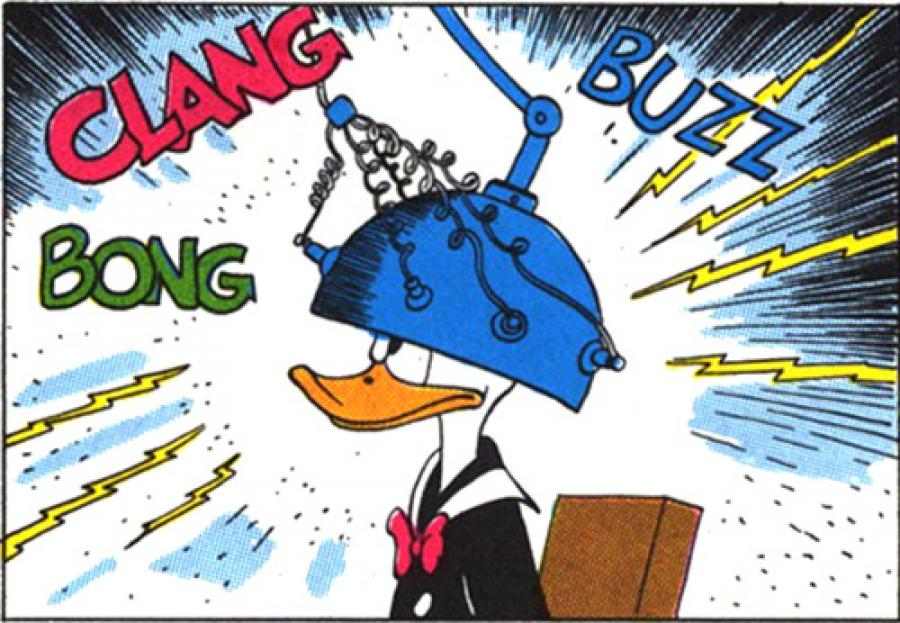 This article was written by Global Graduates, published on 22nd October 2014 and has been read 4005 times.

Health & Fitness Languages
This article is translated and adapted from an article in El Confidencial. We're all aware of the many practical benefits of learning a language, but what does bilingualism do to your brain?

“Neuroscience is to education what biology is to medicine and physics is to architecture.”

At a recent conference in Salamanca, Dr. Matt Davis, a Professor of Neuroscience at Cambridge and a pioneer of the use of MRI scans in education, spoke about the results of his studies on the effect of bilingualism on the brain.

Here are a few (simplified) ways in which learning a language affects your brain power!

Ok, so it’s not really that your whole brain is bigger - just one specific part. The left inferior parietal lobe - otherwise known as the part of the brain associated with language-learning - is larger in bilinguals. As soon as we start to learn a language, we stimulate this area of the brain - especially if the language-learning begins in infancy.

In order to explain how age is essential when it comes to learning a language, Davis referenced an interesting study conducted by James Flege that looked at the language learning amongst American immigrants. The study showed that the older a person is when they begin learning a language, the more they struggle with the learning process (well, duh). A bit more surprisingly, the survey also showed that media doesn't help young children to learn languages. That is to say, they only learn by direct interaction with another person - so no watching subtitled episodes of Friends in the name of education!

Certain words activate the zones in the brain that are also activated when we move muscles in our arms and legs (and our tongue!). Funnily enough, this only occurs with verbs that indicate action, such as ‘to run’, ‘to catch’ or ‘to lick’. This implies that our mind and bodies are more connected then we might think. Speaking is, in fact, moving. Pretty cool!

4. You keep on learning after you’ve left the classroom

You know how your mum used to lecture you about how a good night's sleep is an important part of learning? Turns out she was right. According to Davis’ study, proper rest is essential in the process of committing new knowledge to memory. In other words, your body may be resting but your brain is working overtime.

5. There’s a difference between learning your mother tongue and a second language

This one is sort of obvious. But still interesting. If we learn a second language later on in life (as opposed to being brought up as a bilingual speaker), the brain behaves very differently. When we learn our mother tongue, we use grammatical structures easily and unthinkingly - so much so, that we are often unable to explain how the structures actually work. In the second language, grammatical structures are much more explicit in the brain.

6. Why do we find ‘false friends’ so difficult?

Davis compared the confusion we feel when faced with a ‘false friend’ to the difference between reading the word ‘blue’ written in blue, and reading the word ‘blue’ written in yellow. The second is confusing because your brain is being given conflicted information - blue and yellow. Something similar happens with ‘false friends’ - words that look like one of our language but mean something completely different. With this logic, words that are shared between a language (such as ‘idea’, which is the same in English and Spanish) are processed very quickly, whereas ‘false friends’ are processed much more slowly, since they produce a kind of mental contest between the two meanings.

Knowing two languages is as important for adults as it is for children. Although at first learning a second language can be slow for adults, eventually a second language becomes an important cerebral reserve which is especially useful when it comes to combatting cognitive degeneration. According to Davis, bilingualism can help to stave off Alzheimer’s for an extra four years.

8. Exams really do help you to learn

To examine or not to examine is one of the most frequent debates in the world of education. Well, according to Davis, the former is better for your language skills. He studied two groups of children; the first group studied continuously and sat for multiple examinations, whereas the second group were only examined on the topics that they failed. To Davis’ surprise, the children in the first group learnt far more in the same space of time than the students who were only examined on the topics with which they were struggling.