The adventures of studying in Rio de Janeiro 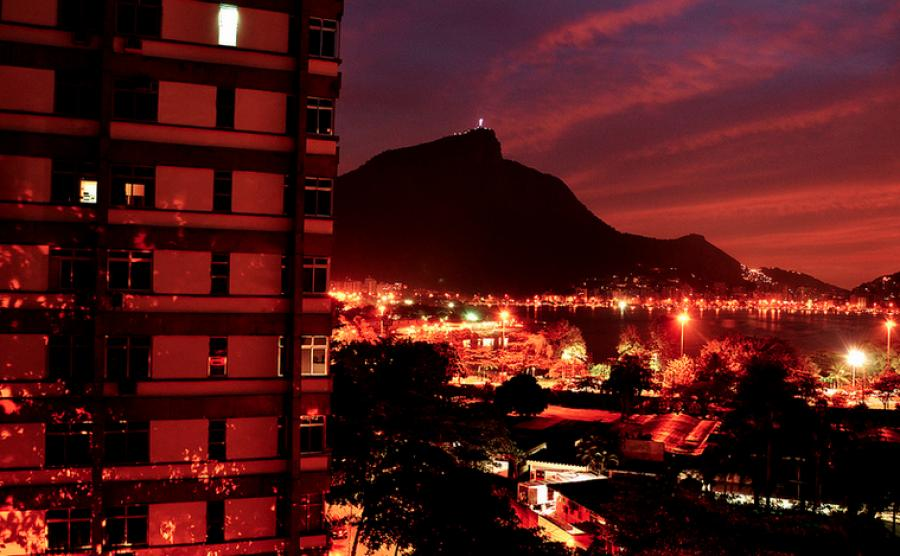 This article was written by Cathy Bremner, published on 3rd August 2015 and has been read 4031 times.

Packing my suitcase and casually shrugging off the envious exclamations from friends continuing their studies in England, very little could further intensify the sense of excitement at the prospect of beginning my study abroad programme in Rio de Janeiro. The previous semester spent in the Spanish capital of Madrid had already been an incredible immersion in another culture, five hectic months of late-nights and a diet consisting largely of chorizo and Spanish tortilla, but the move to the giant of South America was forecasting an even greater culture shock.

Arriving in the midst of the tropical Brazilian summer, just weeks before the infectious carnival fever fully metamorphosed the city into a frenzy of festival mayhem, my aim had always been to embrace the ‘carioca’ lifestyle from the first day onwards, however much it tested the limits of my human thermostat. As a result, February was satiated with fresh coconuts, samba concerts and Brazilian barbeques on Rio rooftops.

By early March, having completed the laborious duty of registering ourselves at the federal police and other bureaucratic tasks, our pale British complexions had already seen six weeks of Brazilian sun and we were eager to establish a sense of routine into our somewhat amorphous timetables. A few days before lessons were due to commence, we received an email declaring that the start of term would be postponed by a week after carnival festivities, news which we initially greeted with gleeful smiles. Less than a week later, during a visit to Sao Paulo, another email was received announcing that our restful nomadic lifestyle would be prolonged one week further; we couldn’t help but laugh at the sheer hilarity of it all. Eventually, late March brought about our first day of lessons, that is if one hour of an introduction to Brazilian poetry can justify being considered a whole day, given that, out of my three modules at the university, I quickly learned that one Professor was on indefinite sick leave with no proposed return date and another in France on business until mid-April. Hence, that left me with barely one lesson a week. I didn’t know whether to collapse in frustration or leap in delight at the prospect of such an empty study programme.

The university campus itself is located on an island in the north of the city, with the only direct means of transport being the rickety 485 bus which ferries all the university students between Zona Sul and the island; a journey which at best can take 45 minutes, at worst, almost double that time due to Rio’s renowned urban traffic. Other anomalies are thrown your way. Sometimes you board a bus only to find out that the number on the inside of the bus bears no resemblance to the number shown on the exterior, by which time it’s too late and you find yourself in some far-flung favela in the west of the city. Other days, you arrive at university after one of Rio’s torrential downpours and enter an empty classroom, save for one or two sodden faces. Indeed once, after asking a fellow student why she didn’t go to class the day before, I received the customary response: ‘Didn’t you see? It was raining’. Given the crowded nature of Brazilian buses, you learn to become comfortable with intimate human contact with fellow passengers; the lack of seats ensures there are multiple opportunities for intrusive collisions as you cling hopelessly to the handrails and try and keep a watchful eye on your backpack, usually in the lap of a stranger. Occasionally the driver forgets to shut the doors at the back, which leaves you precariously dangling on the steps, praying as the bus swerves around motorway bends at breakneck speeds.

A month and a half into term, and a basic academic program had finally been vaguely established for the exchange students, only to be swiftly overthrown by the news of an impending strike, resulting from the university’s insolvent condition and incapacity to pay its cleaning staff. Initially opting to boycott the strike, the university pressed for the continuation of the academic calendar. So for a few weeks lessons continued shakily, but the absence of unpaid cleaners often left toilets in barely hygienic conditions and many classrooms remained locked, with professors unable to obtain the keys due to the lack of security guards. Tests were postponed and class attendance became more than erratic, not helped by an outbreak of dengue fever on campus and reported incidents of assaults outside university buildings. Shortly after, a thousand students from the faculty gathered to discuss the situation, resulting in the organisation of a student strike – while the professors remained unaffected by the situation, the cleaners were still not being paid and hadn’t been since December, so it was down to the students to take action. Attending some of these student-led assemblies myself imbued a sense of admiration for the Brazilian students, not only for their passionate support of the cleaners, but also for their remarkable confidence and stirring oratory skills. Picket line fences were encouraged outside buildings to ensure all students were united in support of the cleaners, and all lessons abandoned. And thus, as exchange students, there was little option for us but to follow suit. Sure enough, a few weeks later, the teachers voted in favour of the strike and the term was suspended completely.

This somewhat chaotic nature of our academic life in Rio, has only been heightened by the climate of violence gradually taking hold in the city. “Rio has always been a violent place”, locals reassure you, but as students accustomed to the relatively secure environment of London and Madrid, this is little comfort. Phone theft in Rio has increased by 63% in the past four months, principally achieved through violent assaults and death threats.  A woman was shot at my local metro station last week in the middle of the day, and a couple of weeks beforehand, a doctor was stabbed to death cycling round the lake near my house, the murderers’ sole aim being the acquisition of his bicycle.

Even last week, a fellow exchange student, living in the bohemian and increasingly gentrified district of Santa Teresa, was compelled to stay inside all day for fear of being caught up in the gunfire which was taking place between drug gangs in the road outside his flat. Soon after, the French embassy released a statement, advising nationals to no longer walk or cycle alone in the city after dark but given the sun now sets at 5pm, this itself can prove difficult. Some cariocas boast a fearlessness attitude, others all-too-readily assert their dependence on taxis in lieu of other forms of public transport, as the absence of CCTV in the metro and in buses means that assaults by armed criminals are of regular occurrence.

Hence, voyages to the wild interior of Brazil and adventures along the sandy beaches of the North East have since filled our study abroad itineraries, not without their own fair share of incidents. University life in Brazil has collapsed, and we are now being laden with alternative forms of assessment for our home universities in the U.K. in an attempt to fulfil the credit requirement for our years abroad. The aspect that is hardest to grasp is that these strikes, which can often last for periods of four months or more, are a regular feature of university calendar here in Brazil and students have little choice but to accept the delay in their studies. Some students one meets have experienced four or five strikes in fewer amount of years. All this makes it increasingly difficult to accept the complaints of British students and undervalue the education that we have at home. For me, just imagining returning to an academic environment where the presence of professors is guaranteed, where classrooms are available and it’s actually possible to complete your degree on time, is a strange prospect in itself.

Let’s just say that here in Rio we’ve learnt to shed our tight-lipped British attitudes and anxious temperaments, adopting the Brazilian fresh-faced optimism and becoming skilled at accepting, even embracing, the daily trials that the city throws at us. As our time in Brazil draws to a close, with the return to British academia looming, few would claim that they would have changed their study abroad destination. Rio has taught us to live, both fully and intensely, and also to appreciate certain aspects of home previously and unconsciously disregarded. If anything, our time here has instilled in us a greater drive to work and to make the most of what we have; in other words, never to take anything for granted.

A Week in the Life: Volunteering in Rio de Janeiro