The 8 stages of splitting your Year Abroad 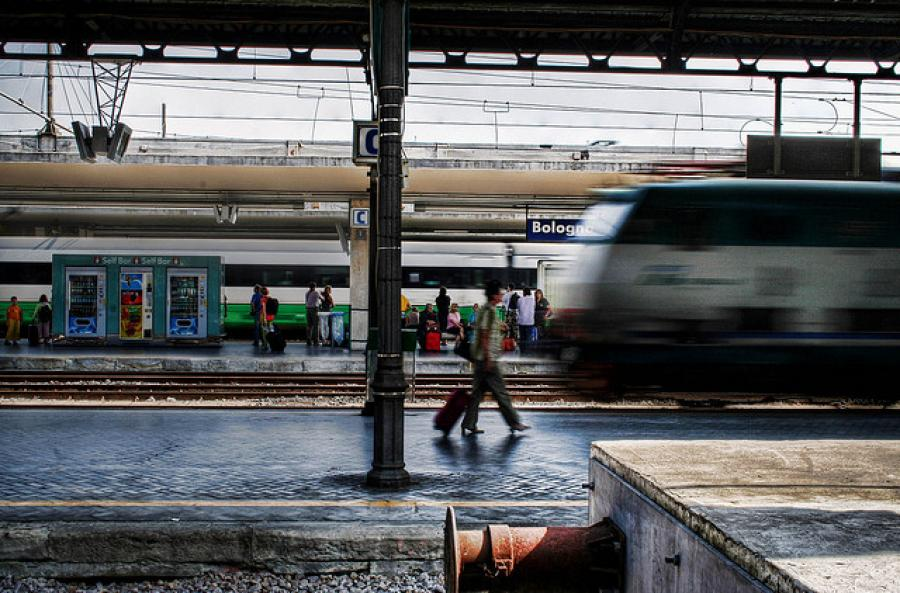 This article was written by Harriet Barter, published on 17th March 2015 and has been read 4168 times.

Harriet Barter studies Spanish and Italian at the University of Exeter and is spending her year abroad doing a work and a study placement in Italy. Here she tells us the 8 stages of coming to terms with having to leave your year abroad location, just as you get settled! Read this post and more on Harriet's blog.

For whatever reason you decided to split your year abroad. You didn’t want to spend the whole year in one place, maybe for language loyalties (couldn’t decide which one needed more work so went to both) or perhaps a little bit of greed (why go to one country when you can go to two?!), or perhaps the choice was out of your hands as in my case, where an internship you were offered only lasted six months so you had a further six months to fill elsewhere. Whatever the case, you’re not in the same place for the whole time and at some point have to leave and be catapulted straight back to square one.

I do not claim to be an expert on this topic as each experience is different, but let’s call these ‘The 8 Stages According to Harriet’ that I feel best represent the moving process from my experience.

1. The Choice
Before you leave for Part One of your adventure, Part Two will already be on the cards: you planned it! You chose it! You could’ve gone to one place for the whole year but, for whatever reason(s), you decided that upping and leaving one place and starting from scratch halfway through would be a good idea. They told you not to but you did anyway – I know best, at the end of the day it’s my year abroad, it will be work out perfectly, we know everything and they know nothing, let me be stubborn and do what I want… I’m splitting!

2. The Denial
So you’re a good deal of the way through Part One now; you’ve got your bearings, got your new life, made your new friends, finally got over the whole oh-my-goodness-i-live-in-another-country initial shock and you’re pretty much loving life…. that is, until people ask when you’re there until. Whilst others are reeling off lines like ‘oh, sometime in June’ or ‘well, I have to be back at uni for September so anytime before then really’, your standard response is a lot sooner:
You: ‘oh, umm, well, February’.
Everyone: ‘FEBRUARY?! But that’s like…less than two months away?!”
Cue sad faces and a killed mood. I very soon learnt to alter my response to “until Feburary…but we don’t talk about that” with a flippant wave of the hand (Italian influence) – people seemed to get the message and nothing more was said, live in the moment and all that jazz… until February.

3. The Heartbreak
The final week has arrived. You’ve started planning all your ‘last times’ – last visit to your favourite ice cream place, last pizza at the place where you’ve practically become a regular over the past six months, last night out with your friends, last day at work, last time you’ll see a whole handful of people. Basically a week of fun as you jam pack all your favourite things into one week, but essentially ending in tears when you have to say your goodbyes and you buy that train ticket/plane ticket which doesn’t have the safety net of the return ticket anymore. Just a single, home isn’t here anymore. With your suitcases in tow and a lump in your throat, you leave for one last time, unsure of when the next time is you’ll be back. (If this blog post were a film there would be some emotional sad music playing just about now…)

4. The Grieving
Okay it’s happened; you’re there, you’re in Part Two, a new place where you know no one and nothing and are a little afraid of leaving the house in fear that you’ll get lost or forget where you live and be homeless for the next six months. All you can think of is what your friends are doing back where you were before, what you’d be doing if you were still there, all the fun everyone is having without you. How soon enough they’ll have new friends to have fun with and you’ll just become someone they used to know. Okay, so a little dramatic and life isn’t that hard on us, but I’d be lying if I said these thoughts didn’t cross my mind on more than one occasion. The realisation that things will never again be exactly how they were hits like a tonne of bricks. (Cue rain on the window and sad music once more).

The most important thing I realised is that I was comparing day two in my new city with my last few weeks in place one; I had been there six months, I had found my feet and really carved myself out a life there. Hard as it may be, if you’re going to compare (which is never a good idea but in actual fact a natural instinct) try to think back to day two in your first placement. Because sure enough you would’ve been feeling pretty similar back then too. You cannot make a fair comparison between the end of one experience and the beginning of another, it’ll just end in tears. Trust me, I know.

6. The Tolerance
So you’ve got out of the dark hole of mourning the past six months and have realised that moping around banging on about the past is helping no one, least of all you. You can hear yourself mentioning your past six months in every other sentence and are worried people will get so fed up with you that soon enough they’ll turn round with a “Well, if you loved it so much why don’t you just stop moaning and go back there?!” You’ve realised that there’s no changing the situation and that you must make the most of it. Stop being stroppy and living in the past; time to embrace this new place/life/language and cheer up.

7. The Acceptance
Wow, okay, actually you know this place isn’t THAT bad. Open mind, fresh new eyes, blank slate. I feel a bit bad now for hating on it so much. It was slightly unfair, I mean, it had a lot to live up to and I really didn’t give it a chance. This could be okay, I’m settling in a little bit more now, I’m finding my feet, I know my way around, I know the best place to get coffee and the barista recognises me now every time I go in – soon enough I won’t even have to order, I’ll give them a smile and they’ll know my order. I think I might just be okay.

8. The Enjoyment
Hang on, wait a second? I think I actually like it here, I mean, more than like it, I’m actually really enjoying myself. I still miss everything about placement one, and speak to my bezzies almost every day on Whatsapp, but there are good things about this place too. Some things are actually better here than they were before. Who would’ve thought?

One of the best ways I learnt this was showing someone else round my new home; you begin to see it with fresh eyes, see it from their point of view. Every place is beautiful and it all comes down to what you make of it. If you mope and cry and mourn forever then you’ll miss out on all the good bits.

9. Don't make me leave?
I have been told of this ninth stage, but am in no position to confirm nor deny its existence yet. Maybe I’ll report back when the day in which I have to leave arrives and we’ll see just how much of an effect this place I didn’t really want to come to has had on me.

…and some people have the nerve to suggest that the year abroad is a year-long holiday? Year long it may be, but holiday it most certainly is not. More like emotional roller-coaster upon which you’re blind folded and never know when the next 30m drop or 50m high is going to come.

But life isn’t about sitting out the storm, as sitting at home alone doesn’t do you any favours. It’s about learning to dance in that rain, however torrential it may seem, whack on a bit of Bailando and come out the other side better for it.

For those of you lucky enough to have the whole year in one place, I imagine what us splitters are experiencing now is a taste of what we’ll all get upon our return home. They called it ‘Reverse Culture Shock’ and we all sniggered and thought they were just making this rubbish up. Maybe they were right, although I personally wouldn’t label it like that. I think it’s more a mourning process! Mourning a place, a period of time, those people who aren’t on your doorstep anymore and those experiences you can’t repeat in the exact same way. It’s coming to terms with the speed at which time flies and that something you planned and talked about for so long is suddenly over. You may think I’m being overly dramatic here, maybe I am, but until you’ve experienced it you have no idea.

I cannot believe it’s March already and I’m having to choose my fourth year modules. I honestly feel like I landed in Bologna for the first time about a week ago, but at the same time I feel like I’ve known these people and this country my whole life. Time is weird like that; blink and you’ll miss it, yet looking back there are moments and memories that seem to go on forever.

W is for...What is culture shock?