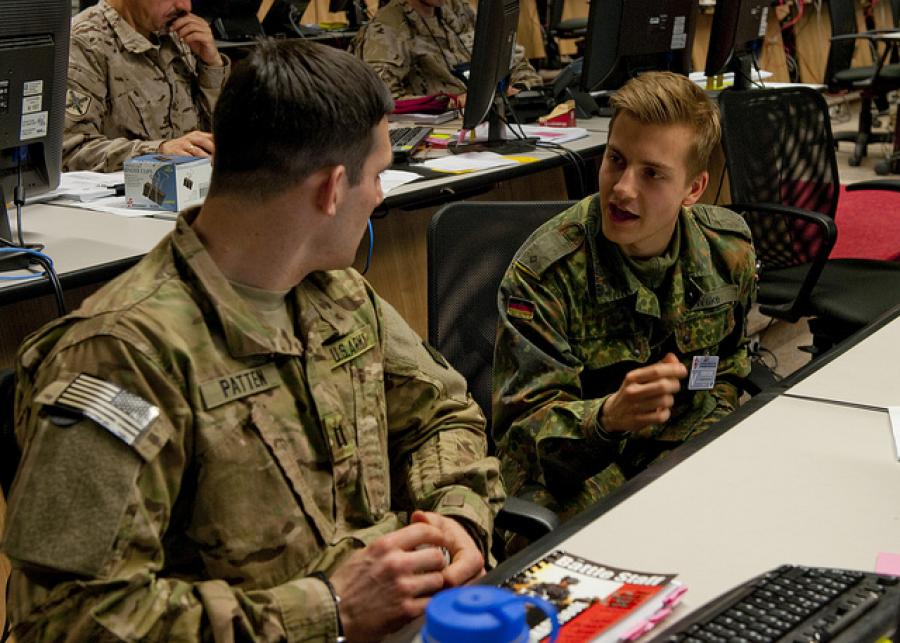 This article was written by Lucy Baughan, published on 22nd March 2016 and has been read 6184 times.

Lucy studied Law at Heidelberg University, Germany, for a year, and is now a Peer Adviser in the Study Abroad Office at King's College London. As a German-speaker, here she describes the 7 stages of your love affair with your new language...

When you start to learn a new language, you might enrol on an evening course, balanced between work, university and your irresponsible, but necessary, vodka bouts at the weekend. You might be building upon the distant memories of adjective declination that Herr Schneider tried and failed to install in you. You might be going it alone and trying to work it all out through online language apps and computer courses. If you’re like me, you attacked language-learning from all angles. Nonetheless, none of these avenues warned me about what learning a language is actually like. Sure, you can spend an hour figuring out the cases and genders in a long list of phrases but language-learning doesn’t exist in a vacuum. In many ways language-learning is like a relationship: it requires commitment; it is a roller coaster of illusion, disillusion, excitement, confusion… Ultimately, learning a new language is one of the most rewarding things you can do and here are the peaks and troughs you can expect to encounter along the way.

You’ve fallen in love with a country, a culture, its accent, its politics - and you can’t get enough of it. Every new word you learn is proudly added to your repertoire. If you are starting from nothing, your progress is exponential and very significant milestones, like learning the past tense, are in their multitude. Each little milestone propels you forward and feeds your hunger to learn more and to spend as much time as possible exposing yourself to your target language and culture. You set yourself a target and figure out how long it will take you to become fluent in your language if you stay disciplined and carry on the way you are. The honeymoon phase is the most enjoyable and exciting phase of language learning.

After a few months, or even after a year, the exponential progress of the honeymoon phase begins to slow. You might not be able to dedicate as much time as you used to to language-learning and other aspects of your life begin to take over. You just feel frustrated that you’ve been learning your language for the time you have and you aren’t in the place you wanted to be. You pull through, but your confidence in your language might have wained and it might be a bit of a struggle to get yourself to that language class on a Wednesday evening after a hard day at work.

As you get better in your target language, you realise that your original goal to become ‘fluent’ isn’t as defined as you first thought. Indeed, there is no such thing as fluent. You aren’t even fluent in your mother tongue because there will always be words that you don’t know. So, you really begin to question where you are going and what you want out of your language-learning. Do you just want to be able to go on holiday to your target country and be able to ask where the toilets are? Or, do you want to be able to make close friendships in your new language and live in your target country?

You also realise that you can’t just work really hard until you reach your target level of fluency and then you’ll stay there for the rest of your life. Learning a language is a lifelong commitment and if you don’t regularly expose yourself to your language, you will undo your hard work.

Language classes and grammar drills will only get you so far so if you’re serious about becoming fluent, you will reach the stage where the only way to learn is to dive right in and immerse yourself into your target country. You have to learn to think and speak exclusively and spontaneously in your target language. There are also certain little, but significant, things that you will never learn about your country and language unless you spend some time there. For example, I had studied German to a moderate level before I moved abroad but nobody had ever mentioned the ‘pfand’ system to me: a deposit system where you have to take bottles back to where you bought them from in order to get part of your money back.

Moreover, intangible aspects of culture are something that you can never learn from a textbook and require first-hand experience. A country’s culture impacts upon its language to a remarkable extent. I was astounded that the Germans did not have an equivalent word for ‘awkward’. It turns out that this is a very unnecessary word in the German vocabulary because blunt, efficient German culture is a lot less socially sensitive than the English approach. My German friends were almost incapable of ever feeling awkward.

5. The Ups and Downs

There is a lot of emotional volatility and vulnerability when it comes to language-learning. By now, you have invested so much time, money and hard work in your language, it seriously matters to you whether your language skills are good or not. A small exchange at a bus stop with an old man speaking in an obscure dialect can throw your confidence completely and make you wonder if it’s all worth it. Then, other days, you can successfully charm at a party in your target language for the whole night and you feel like a multilingual God. The important thing is to not dwell too much on the ‘downs’ and to not let the ‘ups’ inflate your ego to the point where you illusively believe that you don’t need to work at it any more.

The more versed you become in your target language, you will notice that your native tongue becomes influenced by it. You might start thinking and talking in a weird mash between the two languages and it can really mess with your head. Because learning a new language requires so much consistent exposure and immersion to your target culture, you might feel like you are losing sight of who you originally were. You try and straddle the boundary between your home and target cultures but this is a tension that can be hard to appease. You might feel like a perpetual foreigner: you are too influenced by your first culture to fully integrate into your target culture, but the latter has influenced you too much for you to simply slip back into life in the old country.

The stages outlined above aren’t necessarily mutually exclusive and many all happen at the same time. As said, there is never an end to your language-learning journey and you might find that each stage crops up every now and again for the rest of your language-learning life. However, the most important thing is to look back and realise how far you’ve come. Learning another language is like installing a different operating system in your brain. It requires a completely different way of thinking and the courage and perseverance needed to get out there and exposure yourself to social situations in a language you aren’t au fait with requires serious nerves. So, congratulate yourself! There was once a time when you couldn’t ask where the tourist information was, or couldn’t say: ‘Can I have milk in my tea, please?’ Now, you’ve become some kind of pub ambassador for your country and debate its imperial past in your target language, or defend its not-so-terrible cuisine. By now, you realise that having the flexibility and perseverance to let another culture into your life has let that flirting holiday romance become a lot more legitimate.

Virginia is on the Telefónica European Graduate Scheme