The 5 Unspoken Dilemmas of Hostelling 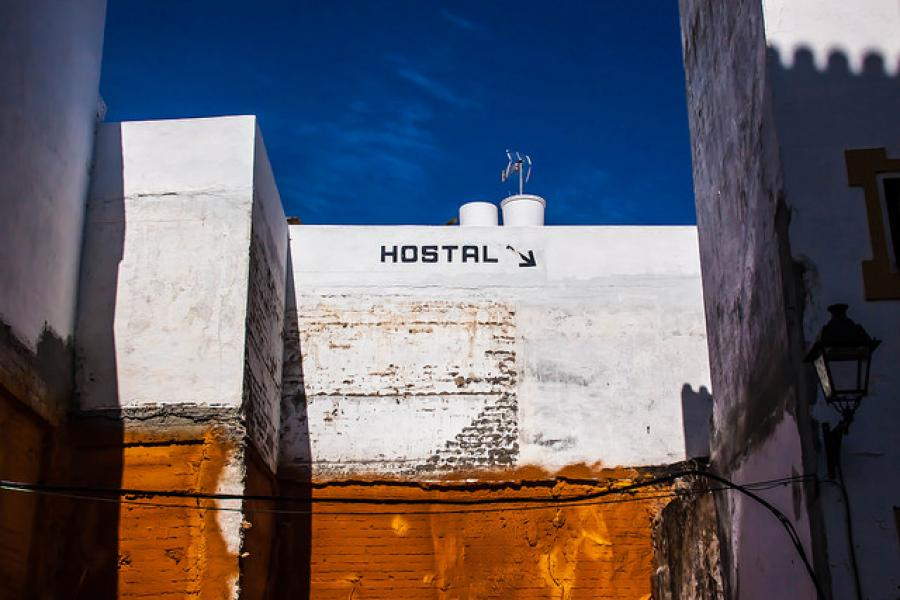 This article was written by Katie Gough from Lancaster University, published on 14th April 2015 and has been read 3725 times.

Katie Gough studies German and Linguistics at Lancaster University and is spending her year abroad studying at Karl Franzens Universität Graz, Austria. Here are some of the things she's picked up about hostels by travelling on a budget...

Let’s be honest, as students we value every last cent, so when travelling and it comes to making cost effective decisions, we more often than not bite the bullet, face our inner fears and plump for a twelve-bed dorm that comes to a grand total of €5 for the night. All seems like a good idea at the time, but when it comes to the trivialities of hostel life, I feel there are a few things that are left undiscussed.

1. Bunk-beds
Now I am sure it can’t be just me, who questions at what point it was in their life that it became seemingly impossible to hop up without grunting and groaning onto the top bunk. When faced with this flimsy structure, one can’t help but think that it all seemed so much less daunting as a lanky ten-year old, not questioning the probability of ending up with the wooden panels collapsing and landing on a stranger mid-way through the night.

2. Strangers
So you have arrived and now have the awkward task of judging how much or how little conversation to make with your fellow roommates. Some people will just say hello, some say something in a language you cannot even identify and some choose just to remain in their cocoon with headphones in, doing anything possible to forget that they are sharing a room with strangers. In reality it is a bit of a weird, yet exciting prospect realising that, for this brief amount of time, you are sleeping in such close proximity to all these people you have never met before and probably won’t meet ever again.

3. Pyjamas
I can’t help but think that the choice of nightwear is somewhat of a dilemma for hostelling; I mean there is a struggle between looking ‘cool’, yet still well-covered, and not wanting to look like you have rocked up in your grandma’s thermals. There is an uncomfortable intimacy in revealing ones choice of pyjamas to a stranger, and of course the situation only escalates as one has to do the awkward walk past the attractive guy, who has happened to make an appearance as you return from the bathroom, fresh-faced and with toothpaste you failed to spot smeared on your cheek.

4. Light duty
The dilemma with the light goes one of two ways. First option is that all end up in bed and wanting to go to sleep, yet all fearing that someone else still wants the light on. This often results in everyone burying themselves under their covers, hoping that the person nearest the light switch will make the move (they often do an hour or so later). Another option is that you return from an evening out and the light is off, and you have to make the bold decision, fearing revolt of your fellow roommates, to turn the light back on in order to not end up tripping up on a stray suitcase. Either way, who knew such trivialities could cause such tension?!

5. Noise
Once you’ve finally managed to clamber into bed and get somewhat comfy, you try desperately not to make too much noise and slightly fear that your alarm is going to wake everyone up at a ridiculous hour. Things seem to be looking positive, until the stranger two beds across starts snoring and then another starts making what you can only describe as a weird breathing sound. People trudge up and down the stairway, the wind rattles the window and then upon trying to turn to face the other direction you squeak the bed frame. This little orchestral cacophony results to questioning how on earth anyone is sleeping, and you may be forced to opt for ear plugs, sticking your earphones in or quite simply burying one’s head under a pillow.

Overall it really is a unique experience, and if you really are looking to save money then hostels really aren’t as bad as you might first think. Yes, the sincere lack of personal space, shared bathrooms and having to clamber up to a top bunk certainly do make for an amusing experience, but you have to throw your inhibitions to the wind and remember that in reality you are all there for one reason and that is for a cheap night’s sleep!

I sincerely hope you have both enjoyed and can even empathise with my commentary of the trivialities of hostelling. If you want to find out more about some of my travelling adventures feel free to take a look at my year abroad blog!

What is the difference between a year abroad and a gap year?

A gap year usually takes place between a student leaving school and starting university. After three years of stress and public exams, many students seize the opportunity to plan the constructive and...

Unhappy in my accommodation in Forli (Italy) but unsure what to do?

Hi, I had a similar experience in Spain where I was rushed into taking somewhere I didn't like with people I didn't feel comfortable around. I didn't even move in properly and I'm so glad I found some...