Ten rules for the Year Abroad that you (probably) already knew 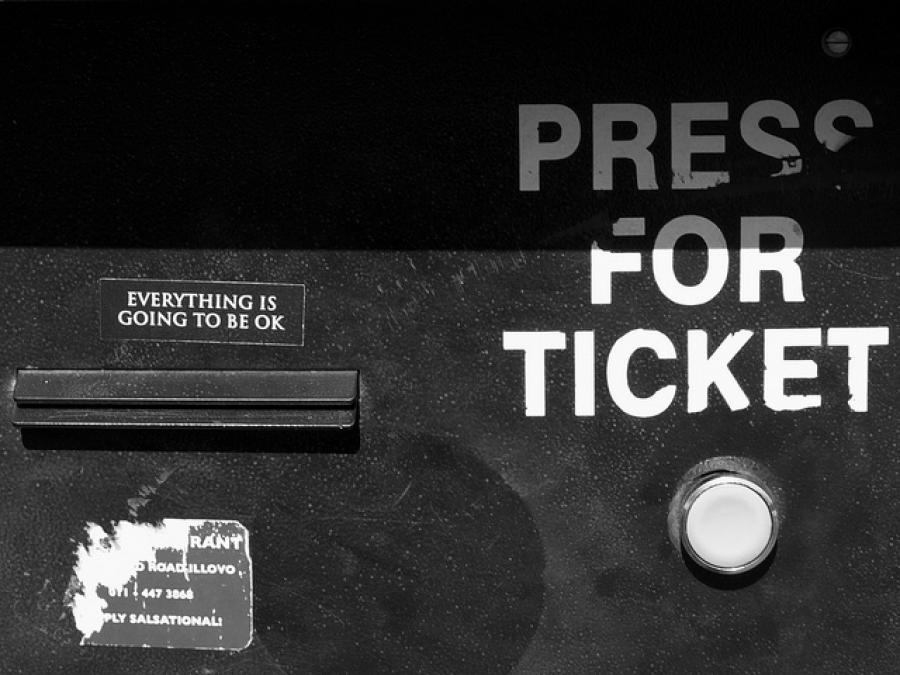 This article was written by Sarah Molloy, published on 1st September 2013 and has been read 7718 times.

Advice Money Accommodation
A week today, I will be back at home after 14 heady months abroad in Spain, then France, then Spain again. Here is a collection of advice that I have picked up along the way, some of it from others, some from those clichéd guides (much like this one) and some I've learnt in my own sweet time.

Perhaps one of the most clichéd pieces of advice ever to be doled out to an Erasmus student is that of saying “YES”, of taking every opportunity, and going everywhere. While this has indeed served me well when, leading me to such delights as an all-night party at a (slightly illegal) Catalan commune in the depths of the countryside, it has also prevented me from learning to say no to events I didn't really want to go to. I felt pressured into doing everything with one particular group of friends, because I suppose I wanted to be included, but I realised perhaps too late that I could always have made new friends with whom I had more in common.

Spend all the money you have*

There won't be all that many opportunities in your life to live in beautiful cities all over the world subsidised by the EU or the British Council. I know it might be awfully tempting to live frugally and squirrel away that British Council money, but I think that it's better to travel/go to that festival/just enjoy yourself.

*Don't spend money that you don't have.

It's who you live with, not where

I made the mistake of living in apartments where I hadn't met the people before I agreed to move in for the sake of having things sorted before moving country. Despite living with natives (the holy grail of living abroad), my experiences of home life somewhat dampened my living abroad experience, while the apartments themselves were very nice. I'd rather have lived in my shoddy house from second year where damp and subsidence issues proliferated but I had a great time with like-minded friends than share with people I didn't get on with.

Don't limit yourself to meeting locals

Leading on from the last point, don't prevent yourself from talking to people who aren't French/Spanish/German etc. When lots of people go away, their highly laudable priority is to improve their language, and sometimes this can mean that they only want native friends. While I understand that the way to understand a country is through its people, I also know that I would have missed out on so much if I hadn't got to know people from Germany, Czech Republic, Slovakia, Italy, America, Poland, The Netherlands and yes, other Brits. Erasmus is not just a two-way cultural exchange.

Find your own thing to do

For me, because my university experience has mostly been about moving from one essay crisis from the next, this year has been a great opportunity to (re)discover the things that I love doing. Whether this be through joining a class, being part of a church community, playing a sport, it's a fantastic way of meeting people outside of your everyday office/classroom/university. Before you set off, you will probably harbour aspirations to get ahead with your academic work, but when you get here 99% of people find that they have better things to do.

The worst option financially (but see no.2 on this list), the most difficult to organise, but in my (biased) opinion, interning is the most rewarding of experiences on the year abroad. Whether you do it for 12 months like me, or just in the summers either side of term, the 'real-life' office experience is invaluable, even if it's just in teaching you what you don't want to do when you 'grow up'.

Know when to ask for help

While the vast majority of people embark on their year abroad alone, hopefully you won't stay that way for long. For me, the moment when I really realised that I couldn't deal with everything by myself was when I was lying in bed horribly ill with a stomach bug. Forward-thinking gal that I am, I had no idea where to find a doctor, how much it might cost or what I needed to take with me. Luckily for me, my boss and my local friends did know what to do.

Integrate into your local society as much as possible, but allow yourself some creature comforts

Don't be one of those people who insist on eating dinner at 6.30pm because that's what they would do at home – accept the fact that if you want friends, you will need to wait till 10pm in Spain, because that is just how it is done. Don't bemoan the fact that you can't find your beloved cheddar in the supermarket, that Hovis is replaced by baguettes, that everything's closed on Sundays, and the party doesn't get started till 1am. Embrace the siesta, take advantage of the €1 beer and take the rough with the smooth. That said, don't forget to permit yourself a few comforts for those days when the going gets tough (for me, it's tea, Dairy Milk, and a box set of Inspector Morse).

Be prepared for the emotional tug of your home(s), but don't let it take over

There were times during my Year Abroad when I just wanted to curl up in bed and go home. I went through the end of a serious long-term relationship, and I missed family, friends and pets dreadfully. At one point, I even lost my appetite for a week due to emotional stresses (for those of you who know how much I love food, you will understand the seriousness of this!) For those of you moving to two places while you're abroad, you will probably experience extreme sadness at leaving your first location, just as much as leaving home. When you visit uni friends, you will feel a strange sensation of it being exactly the same and yet completely different. This is because you have changed and it hasn't, it's not that you have intrinsically “missed out”. Don't be afraid to talk it through with your new friends and your old friends, but don't get too hung up on that fear of missing out on home, or you'll miss out on your new life and regret that even more.

When they set out before their Year Abroad (or perhaps even before they've boarded the plane), most people set up a blog (cough, cough)/Facebook album/ Flickr gallery to share how wonderful their travels are. Hilarious anecdotes about exploits on the metro, photos of craaaazy parties and “you just had to be there” stories populate the news feed and make home friends coo with envy/roll their eyes. However, those of us that have been there know that it ain't all sunshine and sangria. It's a well-documented fact that social media presents a heavily Instagram-filtered version of reality, and remember that your Year Abroad is not a competition. X who has been sunning herself on beaches of Mallorca is probably now nursing an unpleasant sunburn that makes sitting down uncomfortable.

What came first, the bank account or the accommodation?

The 18 Best Apps for Year Abroaders